Nathan (UnspeakableGaming) is a well-known YouTuber renowned particularly for his YouTube channel UnspeakableGaming. The channel mainly comprises of Minecraft videos apart from other contents built on gaming, custom maps, roleplays, challenges, and many more. The humorous, witty and awesome videos posted by Nathan gradually earned him huge viewership and following. With time the channel’s popularity burgeoned with his fans eagerly waiting for his new videos. Success of the channel led him to come up with his second YouTube channel, Unspeakable, where he can be seen pulling pranks on his friends, taking up insane challenges, driving crazy cars and doing a lot of other stuff with the gang. This was followed by another Minecraft channel called UnspeakablePlays that features Minecraft Pocket Edition related videos apart from many other amazing videos. Nathan is a very friendly guy having good rapport with many other fellow YouTubers. He has collaborated with many of them including MooseCraft, Euclides, ASWDFZXCVBHGTYYN, ItsMeCyclone, 09sharkboy and FavreMySabre. Nathan started the YouTube channel UnspeakableGaming on October 9, 2012. He posted the first series titled Minecraft Survival Island on November 17, 2012. The channel gained prominence in early 2016 with its Minecraft related content gaining popularity. With time many of the videos he posted in the channel passed millions of views, garnering him widespread recognition. Some such popular videos of the channel include: SURVIVING WITH ASWDFZXC IN MINECRAFT!, FINDING ASWDFZXC IN MINECRAFT... (SCARY SIGHT), 5 CRAZIEST MINECRAFT SEEDS! and 25 WAYS TO KILL ASWDFZXCVBHGTYYN!. Presently, the channel boasts of more than 10 million subscribers.

He launched another Minecraft channel called UnspeakablePlays on Jun 25, 2017. The channel features videos on Minecraft, maps, pranks, challenges, gaming and lots of other amazing Minecraft Pocket Edition related videos. It has currently more than 5.48 million subscribers. Nathan is also popular on Instagram with more than 830 K followers. He has also come up with his Merchandise - www.unspeakable.co that offers several items like shirts, hats, hoodies and different accessories.

Nathan is part of the next-generation video entertainment network Machinima, Inc., which mainly concentrates on gaming, and promotes his content through YouTube. His own Minecraft server at present runs at mc.arcadewars.net. A former member of the Proper Productions, Nathan has over the years collaborated with many fellow YouTubers. He did roleplays with YouTubers like Ryguyrocky and MooseCraft; created new series with MooseCraft and troll each other on servers like Hypixel, ArcadeWars and CrazyWars, and played maps with PrestonPlayz. At present, he along with fellow YouTubers 09sharkboy and MooseCraft are members of ‘The Squad’.

Nathan was born on December 5, 1997. He was in a relationship with fellow YouTuber Kayco but the two split in 2019. Presently, he lives in Dallas, Texas. Nathan is quite candid about his love for cars and owns a Mercedes-AMG C 63 S. 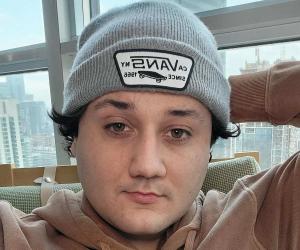