Social media has made it possible for people to increase their popularity in a very short span of time. Many people who have quickly become famous by using social media channels are musicians and other artists. However, a few people from other professions too have become famous on social media profiles. One such personality who has become famous on social media is Nate Garner. Nate Garner is a young model who has taken the social media by storm through his videos. Nate Garner developed a style of posting uniquely made videos which are known for their attractiveness among his young followers. Nate Garner started his career when he first posted the video called "My thought on twitter when i see the booty..... DAMN," on May 3, 2014. The video was an instant hit and he started attracting a good number of followers soon. American People
California Instagram Stars
Tall Celebrities
Tall Male Celebrities
Male Instagram Stars
The Meteoric Rise to Stardom
What made Nate Garner successful was that he did not follow the conventional way of posting videos on popular social media channels to become famous. Instead, he started to post videos shot from his car. Most of the videos shot from his car were converted into very small clips and posted on Vine. A special hashtag #natefromhiscar was used to tag all the videos shot from his car. The same short videos were reposted on other social media channels like Instagram. By October 2016, he got a total of 3.4 million followers on Instagram and 580K followers on Vine. His popularity shot up when an agent from an advertising agency approached him for modeling through an email. From then, Nate Garner started modeling for many popular brands in USA.
Recommended Lists:

The Most Popular US Veterans
Continue Reading Below
What Makes Nate So Special
The one fact that makes him so special is his charming personality. Being six feet tall, he is very attractive to women of his age. Nate Garner has dark blonde hair and green eyes which made him suitable for modeling. From a very young age, Nate Garner started to focus on body building. From the time his muscles got well-built, he started posting beefcake images (images which portrayed him sporting his well-built muscles) on social media profiles which made him very popular. During the recent years of his career, he started to associate himself with other social media stars. The recreation of the Zachary Piona video on Vine called, “when you're singing a duet and your partner becomes an angel” in January 2015 became an instant hit among the social media circles.

Beyond Fame
Nate Garner has always stayed away from controversies related to girlfriends and other affairs. However, he became notorious for picking up fights with his fellow social media stars. In May 2016, a major controversy started when two of his fellow stars, called the Dolan twins announced that Nate Garner was ousted from an ongoing tour. Nate Garner was asked to leave the tour as he had a major fight with a tour member called Alex Aiono. This controversy dented the image of Nate Garner a little bit.

Behind The Curtains
The details of Nate Garner’s family are not well known. But he is known to have had a comfortable childhood with his family. His parents are known to be encouraging Nate in emerging as a popular model. His siblings are also interested in modeling and accompany Nate when he goes on his tours.

Trivia
He features his family members in some of his videos. For example, his younger brother Benji featured in a Vine video posting called, “How our generation will explain how they met mom!” 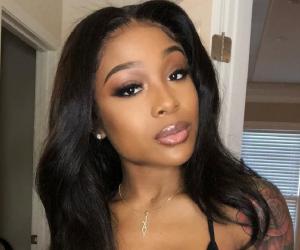 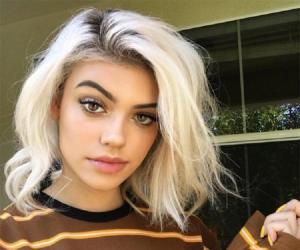 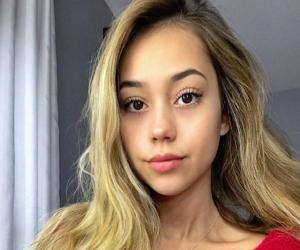