Malcolm Muggeridge was a a prominent English journalist and author of his times. Some of his well-known works include ‘The Earnest Atheist’, ‘Affairs of the Heart’, ‘Jesus Rediscovered’ and ‘A Third Testament’. Apart from writing, he also worked as a teacher in India and Egypt. He was a left-wing partisan and later, became a dynamic anti-communist. He was also attributed with propagating Mother Teresa’s works and the Roman Catholic doctrine. However, before he got into writing full-time, he joined the Intelligence Corps and served the MI5 in a number of countries including Mozambique, France and Italy, at the outbreak of World War II. Once the war ended, he became a daily columnist and wrote articles for multifarious newspapers including the ‘Daily Telegraph’ and ‘The Evening’. In this period, he also produced several important BBC films with a religious theme, including, ‘In the Footsteps of St. Paul’. Towards the end of his life, he became a religious and moral campaigner. British Celebrities
Newspaper Columnists
British Men
Aries Writers
Male Writers
Childhood & Early Life
Thomas Malcolm Muggeridge was born on March 24, 1903, to H.T. Muggeridge and Annie Booler in Sanderstead, South Croydon. He had four other siblings, with whom he was raised in Croydon.
He studied at Selhurst High School and then Selwyn College from where he earned a pass degree in natural sciences in 1924. During this period, he also taught English Literature for a short-term in India and also at the John Ruskin Central School, in Croydon.
He returned to Britain in 1927 and worked as a teacher before he moved to Egypt for six months, where he taught English Literature. 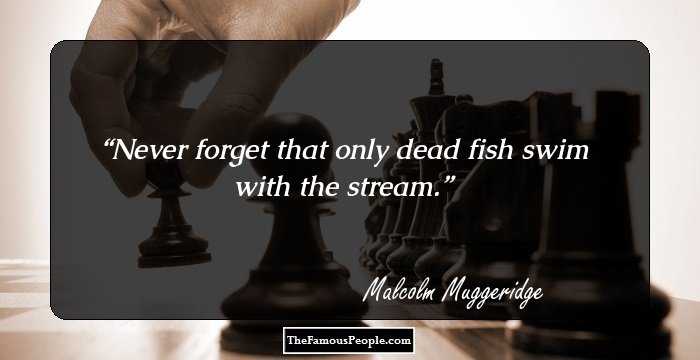 Who Is The Most Popular BTS Member?
Career
He got his first job in journalism with ‘The Guardian’ on the basis of the recommendation from Arthur Ransome. He then became a columnist for the ‘Manchester Guardian’ in 1932. During this time he also wrote ‘Three flats: a play in three acts’.
In 1934, he penned, ‘Winter in Moscow’, describing circumstances in the communist Shangri-La and mocking the other journalists’ credulous view of Joseph Stalin’s administration. He also worked on another publication titled, ‘Picture Palace’.
He authored, ‘The Earnest Atheist: A study of Samuel Butler’, in 1936, which propelled him to fame. During this time, he was also working on ‘The Thirties’, which was published only four years later.
At the outbreak of World War II, he joined the Corps of Military Police in May 1940. He was shifted to the Intelligence Corps as a lieutenant two years later.
After the war ended, he became a correspondent for the ‘Daily Telegraph’ in 1946. Three years later, he wrote, ‘Affairs of the Heart’. This was followed by a brief period of working as an editor for ‘Punch Magazine’.
In 1953, he also worked as a television journalist for ‘Panorama’. Four years later, he became the subject of contempt for criticism of the British kingdom in the U.S. magazine, ‘The Saturday Evening Post’ after a controversial article on the Queen.
It was around this time he wrote the introduction for ‘How can you Bear to be a Human’ which was written by Nicholas Bentley. In the 1960s, his spiritual beliefs began to take shape, despite the fact that he was dubious about religion for most part of his life.
His most important work was in 1969, when he published ‘Jesus Rediscovered’, which was a collection of articles, sermons and essays on faith. This went on to become a best-seller.
Muggeridge wrote two volumes of an autobiography, the first of which was published in 1972 titled, ‘The Green Stick’. This was followed by ‘Chronicles of Wasted Time’, which was published the subsequent year.
Continue Reading Below
In 1975, he authored ‘Jesus: The Man Who Lives’, which was followed by ‘Christ and the Media’, two years later. His later works were reflections of his religious beliefs inspired by Mother Teresa and her services.
From 1980 to 1988, he published three more of his popular works titled, ‘The End of Christendom’, ‘Like it was: The diaries of Malcolm Muggeridge’ and ‘Conversion: The Spiritual Journey of a Twentieth Century Pilgrim’. 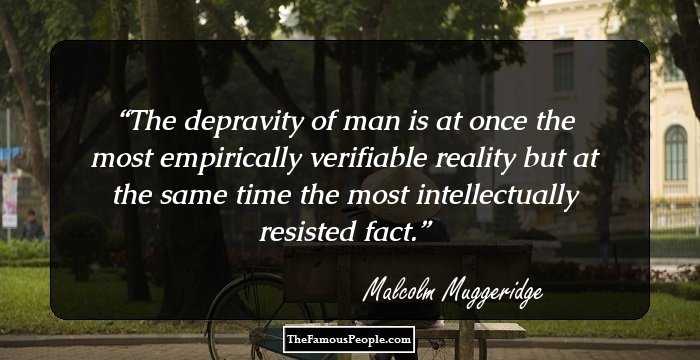 Quotes: Time
Major Works
‘A Third Testament’, written in 1976 is considered one of his more substantial works. It explored the lives Augustine of Hippo, Blaise Pascal, William Blake, S�ren Kierkegaard, Leo Tolstoy and Dietrich Bonhoeffer. This piece of work was a best-seller and was republished in 2002. The novel was also adapted for a miniseries on television with the same title.
Awards & Achievements
He was posthumously awarded the ‘Ukrainian Order of Freedom’ in 2008. 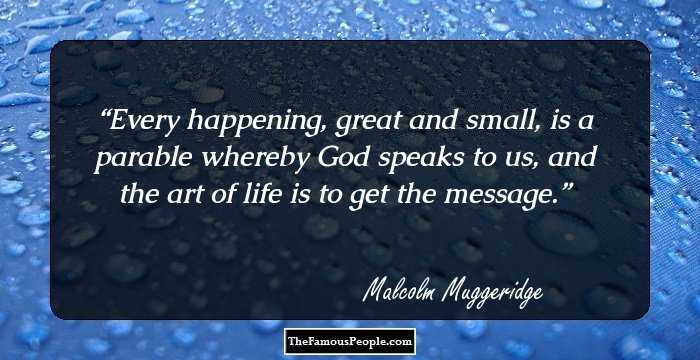 Quotes: Life, God, Art
Personal Life & Legacy
He married Katherine ‘Kitty’ Dobbs in 1927.
After remaining agnostic for a long time, he converted to Roman Catholicism along with his wife Kitty at the age of 79, in 1982.
He passed away at Roberstbridge, East Sussex, England. Following his death, a number of his works were republished including ‘Chronicles of Wasted Time: An Autobiography’, ‘A Third Testament’ and ‘Conversion: The Spiritual Journey of a 20th Century Pilgrim’.
In 2003, an eponymous Literary Society was founded on the event of his centenary. The Malcolm Muggeridge Society was also established to distribute his works.
Trivia
This famous author of the ‘A Third Testament’ fame once said, ‘Never forget that only dead fish swim with the stream’, which also happens to be one of his famous quotes.
Recommended Lists:
Media Personalities #1565
You May Like

See the events in life of Malcolm Muggeridge in Chronological Order