Elizabeth Ann "Lizzie" Velásquez is an American motivational speaker, author, anti-bullying activist, and a social media personality. Born with a rare medical condition called Marfanoid–progeroid–lipodystrophy syndrome which prevents her from gaining fat, Lizzie grew up looking considerably different from the other children. She was bullied a lot due to her appearance, and the fact that she is vision-impaired only added to the challenges she faced. Despite having a difficult childhood and adolescence due to the constant bullying, she emerged to be an emotionally strong woman thanks to the unconditional support of her family. She eventually became a motivational speaker and is an outspoken anti-bullying activist. She gained much prominence following a TEDxAustinWomen Talk titled "How Do YOU Define Yourself" which she gave in 2014. The video of her talk has since earned millions of views. In 2015, she hosted a social media challenge for Bystander Revolution's Month of Action to mark the National Bullying Prevention Month. She is an icon for the anti-bullying movement and her story has been featured on various publications and websites like ‘The View,’ ‘The Today Show,’ ‘Associated Press,’ ‘Huffington Post,’ MSN, AOL, and Yahoo! among others. 3914
DID WE MISS SOMEONE?
CLICK HERE AND TELL US
WE'LL MAKE SURE
THEY'RE HERE A.S.A.P
Quick Facts

American People
American Public Speakers
American Female Public Speakers
Pisces Women
Career
Lizzie Velásquez was constantly bullied throughout her school days owing to her appearance. When she was a teenager, she came across a video on YouTube which featured an unauthorized photograph of her with the caption the "World's Ugliest Woman." The year was 2006 and Lizzie was just 17 years old at that time. Watching the video shattered her self-confidence and she couldn’t stop crying for a long time. This incident inspired her to become a motivational speaker.
In February 2008, she created her self-titled YouTube channel in which she started posting videos promoting the anti-bullying message. With time her videos became quite popular and she received encouraging comments from the viewers who also shared their own stories of being bullied with her. On realizing that she had the power to positively impact the lives of others, she decided to become a motivational speaker.
In order to pursue her dream, she went to Texas State University and majored in communication studies. As a victim of cyber-bulling herself, she was able to connect easily with the other victims of bullying and was soon able to establish herself as a much sought-after motivational speaker. In January 2014, she gave a TEDxAustinWomen Talk titled "How Do YOU Define Yourself" which went viral and made her famous all over the globe. Already a well-known YouTuber by now, she gained even more prominence which motivated her to do more for the anti-bullying cause.
Following the success of her TEDxAustinWomen Talk, Lizzie was contacted by producer Sara Hirsh Bordo to work on a documentary on her life. Lizzie agreed to serve as an Executive Producer of the documentary called ‘A BRAVE HEART: The Lizzie Velasquez Story’ which followed the journey of her life from being a victim of bullying to an anti-bullying crusader. The critically acclaimed film received an Academy-qualifying release in the U.S in 2015.
Lizzie Velásquez is also an author, with the books ‘Lizzie Beautiful: The Lizzie Velásquez Story’ (2010), ‘Be Beautiful, Be You’ (2012), and ‘Choosing Happiness’ (2014) to her credit. Her latest book, ‘Dare to Be Kind: How Extraordinary Compassion Can Transform Our World’ was released in 2017. Recently she also began starring on the new show ‘Unzipped’ which is available via the Fullscreen app.
You May Like

The Hottest Male Celebrities With The Best Abs
Continue Reading Below
Personal Life
Elizabeth Ann "Lizzie" Velásquez was born on March 13, 1989 in Austin, Texas, U.S. to parents Rita and Guadalupe Velásquez. Born four weeks prematurely, she was quite weak at birth, weighing just over a kilo. She has two younger siblings, Marina and Chris.
She was born with a rare congenital disease called Marfanoid–progeroid–lipodystrophy syndrome caused by mutations in the FBN1 gene. The disease is characterized by a number of symptoms, including a weakened immune system and the inability to gain weight. Additionally, Lizzie also suffers from vision impairment. Owing to her medical conditions which make her look different from others her age, she faced rampant bullying as a young girl. However, with the loving support of her family and friends, she was able to grow up into a confident young woman. As of today, she is a successful motivational speaker, author, social media personality, and a dedicated anti-bullying crusader.
Coming to her personal life, she is a devout Roman Catholic with a steadfast faith in Jesus Christ. She has a deep love for animals and totally adores her two dogs, Ollie and Olivia. 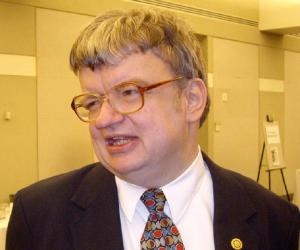 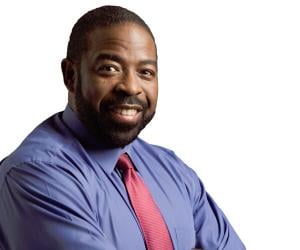