Kyle Carpenter is an American former marine, bestselling author, and motivational speaker. Kyle joined the Marine Corps at the tender age of 19. He was assigned to the Fox Company, 2nd Battalion, 9th Marines, and posted in Afghanistan in 2010. On November 21, 2010, Kyle, who was 21 back then, was manning a rooftop security post in the Helmand Province, with a fellow marine named Nick Eufrazio. The enemies hurled a grenade that landed on the roof, but Kyle lunged and saved Nick, while injuring himself badly in the process. The blast blew apart Kyle’s right eye and part of his jaw, and caused multiple fractures and injuries. He was in coma for 5 weeks and recovered after almost 3 years, following multiple surgeries. After retiring from the Marines in 2013, Kyle received the Medal of Honor from former U.S. president Barack Obama, in 2014. In 2019, Kyle published his autobiographical book You Are Worth It: Building a Life Worth Fighting For, co-written with Don Yaeger. Kyle has been part of several fundraisers and now posts motivational and travel videos on YouTube. 124
DID WE MISS SOMEONE?
CLICK HERE AND TELL US
WE'LL MAKE SURE
THEY'RE HERE A.S.A.P
Quick Facts 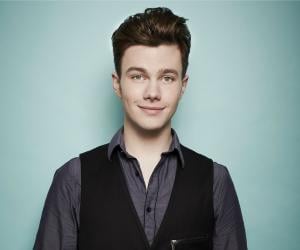 William Kyle Carpenter was born on October 17, 1989, in Jackson, Mississippi, United States of America, to Robert and Robin Carpenter.

Kyle grew up in Flowood and initially joined the W.W. King Academy in Batesburg, South Carolina.

In February 2009, at the age of 19, Kyle joined the delayed entry program of the Marine Corps. In July that year, he finished his Recruit Training at the Marine Corps Recruit Depot, Parris Island, South Carolina.

After retiring due to medical reasons, he studied at the University of South Carolina in Columbia and earned a BA degree in international studies from the institute in 2017.

Back in 2013, he had joined the Kappa Sigma Fraternity’s Chi-Omega chapter at the University of South Carolina.

The Best Black Actresses Of All Time
Military Career

Kyle Carpenter was initially trained at the Camp Geiger School of Infantry at the Marine Corps Base Camp in Lejeune, North Carolina. As a “Private First Class,” he was assigned to Fox Company, 2nd Battalion, 9th Marines of the Regimental Combat Team One, 1st Marine Division (Forward), 1st Marine Expeditionary Force (Forward), in Helmand Province, Afghanistan, in July 2010. He was required to support the Operation Enduring Freedom, working as a Squad Automatic Weapon (SAW) gunner.

On November 21, 2010, Kyle, then 21, was guarding a rooftop security post, with a fellow marine named Nick Eufrazio, in the Helmand Province, Afghanistan, while the U.S. army defended the village of Marjah from the Taliban.

The enemy forces attacked with hand grenades. One such grenade landed on the roof where Kyle and Nick were present. Without thinking about the consequences, Lance Corporal Kyle Carpenter hurled himself toward the grenade to protect Nick’s life. The blast that followed wounded Kyle severely, but Nick’s life was saved.

Kyle Carpenter does not remember much of what happened next. He was badly wounded and lost his right eye. Most of his jaw was damaged in the attack.

His gear melted, and most of his Kevlar vest was ripped apart by the grenade. He slipped into a coma and gained consciousness after 5 weeks. He spent almost 3 years in the hospital, going through a brain surgery to remove shrapnel and almost 40 surgeries to fix a collapsed lung.

His fingers had been fractured, and his right arm was broken in over 30 places. He also underwent multiple skin grafts. At the end of all the medical procedures, Kyle had a prosthetic eye, a new jaw, and new teeth.

On October 15, 2019, Kyle published his autobiographical book, You Are Worth It: Building a Life Worth Fighting For, co-written with journalist and New York Times bestselling author Don Yaeger.

The book became a national bestseller in the U.S. It also found a place on the Marine Commandant's Reading List in 2020.

Kyle Carpenter was featured in a fundraising video titled Still in the Fight, to raise money for the charity Fisher House Foundation. The foundation offers free and low-cost housing facilities to army veterans undergoing treatment at military hospitals and their families.

Kyle loves traveling, hiking, and adventure activities. One of his favorite activities is wakesurfing, and he has a separate Instagram highlight segment dedicated to this activity.

His social-media profiles reveal he is in a relationship with Brittany Vaughn. She is from Chattanooga, Tennessee.

Kyle now also serves as a popular social-media influencer and motivational speaker. His Instagram account, chiksdigscars, has gained over 455 thousand followers to date.

On YouTube, Kyle’s official channel, Kyle Carpenter, has gained over 55 thousand subscribers and more than 7 million views since its launch on October 9, 2019. It mainly consists of motivational and travel videos.

See the events in life of Kyle Carpenter in Chronological Order 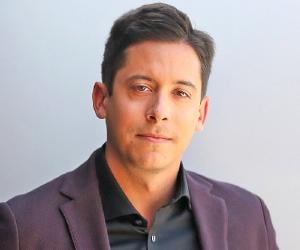