Liu Yifei, born as An Feng and widely known as Crystal Liu, is a Chinese model, actress and singer. She is famous for being one of the most beautiful actresses in China. She has acted in several TV programs and movies. Also known as the ‘Fairy Sister’, Yifei has acted in series ‘The Story of a Noble Family’, ‘Demi-Gods and Semi-Devils’, ‘Chinese Paladin’ and ‘The Return of the Condor Heroes’. Besides these, she has appeared in several movies including ‘A Chinese Fairy Tale’, ‘The Assassins’, ‘The Forbidden Kingdom’, ‘Once Upon a Time’, ‘Hanson and the Beast’, ‘The Third Way of Love’, ‘So Young 2: Never Gone’ and ‘The Chinese Widow’, to name a few. The sweet-looking actress is also a singer who has released the albums ‘Liu Yifei’, ‘All My Words’, ‘Mayonaka no door’ as well as recorded several soundtracks for various artists. Talking about her honours and awards, Yifei received the ‘Most Charismatic Actress’ award at the 22nd Hong Kong Society of Cinematographers Award ceremony. She also received the ‘Best Actress’ award at 5th Macau International Movie Festival for her work in ‘The Assassins.’ In addition to these, the Chinese star was awarded the ‘Most Popular Actress’ award at the 13th Guangzhou College Student Film Festival. She also fetched the ‘Most Anticipated Actress’ award at the 16th Chinese Film Media Awards for her project, ‘The Third Way of Love.’ Lu Han
Models #91
Actresses #882
Singers #521
DID WE MISS SOMEONE?
CLICK HERE AND TELL US
WE'LL MAKE SURE
THEY'RE HERE A.S.A.P
Quick Facts

American People
Chinese People
Actresses
American Women
Chinese Women
Virgo Models
Career
Liu Yifei made her acting debut in 2003 in the TV series ‘The Story of a Noble Family’. She then acted in the series ‘Demi-Gods and Semi-Devils’. After this, she did the movies ‘Love of May’ and ‘The Love Winner’. In 2005, Yifei was cast in the dramas ‘Chinese Paladin’ and ‘Doukou Nianhua’. The following year, she acted in the series ‘The Return of the Condor Heroes’. She also released her albums ‘Liu Yifei’, ‘All My Words’ and ‘Mayonaka no door’ the same year.
The Chinese actress was then cast in the movie ‘The Forbidden Kingdom’ in 2008. Two years later, she worked in the movie ‘Love in Disguise’ which was followed by the movies ‘Chinese Fairy Tale’ and ‘White Vengeance’ in 2011. Yifei portrayed the role of Lingju / Diaochan in the film ‘The Assassins’ and of Wu Qing in the film ‘The Four’.
During 2013 and 2014, she worked in the sequels of ‘The Four,’ ‘The Four II’ and ‘The Four III’ respectively. After this, the actress acted in the flicks ‘Outcast’ and ‘The Third Way of Love’. In 2016, she performed as Elsa in ‘Night Peacock’ and as Ying in ‘So Young 2: Never Gone’. A year later, Yifei was offered the films ‘The Chinese Widow’, ‘Once Upon a Time’ and ‘Hanson and the Beast’.
You May Like

Virgo Singers
Female Models
Women Singers
Chinese Models
Continue Reading Below
Personal Life
Liu Yifei was born as An Feng on 25 August 1987, in Wuhan, Hubei, China, as the only daughter of An Shaokang and Liu Xiaoli. When she was ten, her parents separated after which she was raised by her single mother. Yifei then attended the Louis Pasteur Middle School 67 in New York City. Later on, she was enrolled at the Performance Institute of Beijing Film Academy and graduated from there in 2006. In 2015, the actress began dating Chinese actor Song Seung-heon.
Recommended Lists:

Recommended Lists:
Film & Theater Personalities #2426
Fashion #125
You May Like 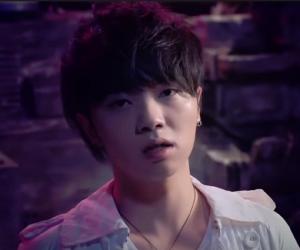