(One of the Greatest Players in NBA History)
Advanced Search

LeBron James is an American professional basketball player. He had a difficult childhood but showed tremendous talent early in his life. As a freshman at St. Vincent–St. Mary High School, he was pivotal in leading his team to two consecutive Division III State Championships. He began attracting national attention for his basketball skills and was equally good at football in which he garnered All-state honors. He was taken as the number one overall pick in the NBA draft by the Cleveland Cavaliers. He became the youngest person in NBA history to score 40 points in a game and became the youngest person to win the Rookie of the Year award. He was universally praised for his versatility, as he was used as a point guard, shooting guard, and small forward. His highlight-reel dunks and no-look passes thrilled his fans. In his third season, he led the Cavaliers to the playoffs. In his fifth season, he nearly single-handedly led the Cavaliers to the NBA Finals, only to be swept in four games by the San Antonio Spurs. LeBron James is widely regarded as one of the greatest basketball players of all time. In 2021, he became the first NBA active player to gather $1 billion in earnings. Zhuri James
Basketball Players #32
Sportspersons #439
DID WE MISS SOMEONE?
CLICK HERE AND TELL US
WE'LL MAKE SURE
THEY'RE HERE A.S.A.P
Quick Facts

LeBron James was born on December 30, 1984 in Akron, Ohio, to Gloria Marie James and Anthony McClelland, an ex-convict. Gloria raised him on her own as his father was uninterested in being a parent.

Realizing he would be better off with a more stable family, Gloria allowed him to live with the family of Frank Walker who introduced him to basketball when he was nine years old.

In his senior year too, he was named Ohio's Mr. Basketball. He also made USA Today’s All-USA First Team and was named Gatorade National Player of the Year for the third and second consecutive years respectively. 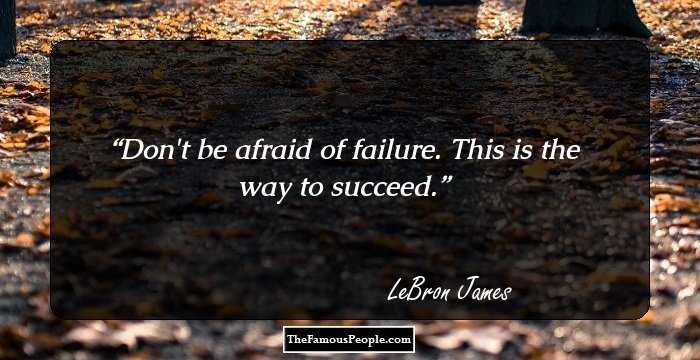 LeBron James was selected by the Cleveland Cavaliers in the 2003 NBA Draft. He was eventually named Rookie of the Year, finishing with averages of 20.9 points, 5.9 assists, and 5.5 rebounds per game.

At 19, LeBron became the youngest member of the USA basketball squad sent to the Olympics in 2004, but he spent most of his time on the bench.

He made NBA history again in 2005, when he became the youngest player to score more than 50 points in one game. He was selected for the NBA All-Star game for the first time.

In 2006, he helped his team beat the Wizards in the first round of Playoffs. Against the Pistons in the semifinals, even his average of 26.6 could not secure his team a victory.

After the 2006 Playoffs, LeBron James and the Cavaliers negotiated a three-year, $60 million contract extension with a player option of seeking a new contract as an unrestricted free agent.

The Cavaliers proved to be stronger competitors in 2007, reaching the NBA finals and beating Detroit to win the Eastern Conference. But they lost in the finals against the San Antonio Spurs.

During the 2007-08 season, the Cavaliers improved their standing in the Eastern Conference. The team made it to the semifinals, where they were defeated by the Boston Celtics in seven games.

The year 2008 was a stellar one for him as he outperformed rival players like Kobe Bryant and Allen Iverson by scoring an average of 30 points per game, the highest average in the NBA regular season.

In 2008, he traveled to Beijing with the likes of Bryant, Jason Kidd, and Dwyane Wade as part of the U.S. Olympic Basketball Team and brought home the gold after defeating Spain in the finals.

Shortly after becoming a free agent in 2010, he announced that he would be joining the Miami Heat for the upcoming season. He finished second in the league, scoring 26.7 points per game.

LeBron James competed at his third Olympic Games in 2012, in London, along with teammates Kevin Durant, Carmelo Anthony, and Kobe Bryant, and the team brought home the second consecutive Olympic gold.

At the end of the 2012-13 season, against the San Antonio Spurs, Miami transformed a seemingly impossible championship win into reality, winning their second consecutive national title with a 3-4 victory.

His 2015–16 season was marred by controversies, which also included the midseason firing of Cavaliers' coach David Blatt. In spite of all this, LeBron James performed admirably and became the third player to record a triple-double in an NBA Finals Game.

LeBron's stint with Cleveland Cavaliers ended in 2018 and thereafter, he signed a contract with the Los Angeles Lakers.

In February 2019, James became the fifth NBA player to reach 32,000 points. On March 6, 2019, in a game against Denver Nuggets, he surpassed Michael Jordan to become the fourth-highest scorer on the NBA list. 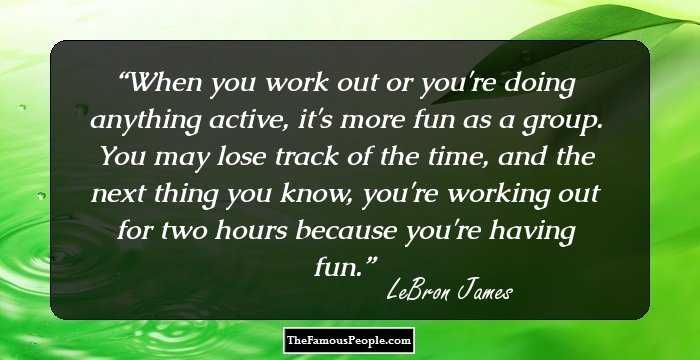 LeBron James’ team Miami Heat won the NBA championship for two consecutive years from 2012 and he was declared NBA Most Valuable Player, which he had been winning for two years already.

He was part of the Olympic gold-winning American team at Beijing (2008) and London (2012) games, and a bronze at Seoul Olympics (2004). He also has gold and a bronze FIBA Americas Championship medals.

The 2011-12 season ended with Miami Heat beating Oklahoma City Thunder to win the NBA Championship; James’ first NBA title. In the final game, he scored 26 points, 11 rebounds, and 13 assists. He has won three other NBA titles since.

He made NBA history in 2013, when he became the youngest and 38th NBA player to score 20,000 points at age 28—succeeding Kobe Bryant of the Lakers—who accomplished this feat when he was 29.

A philanthropist, LeBron James is an active supporter of the Boys & Girls Club of America, Children's Defense Fund, and ONEXONE. He has also established his own charity foundation called the LeBron James Family Foundation. 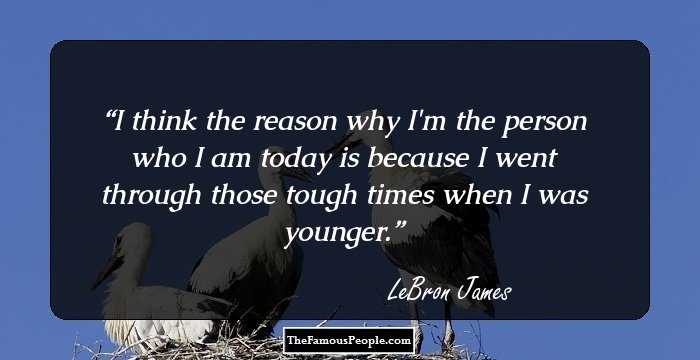 According to this American basketball star, “You can't be afraid to fail. It's the only way you succeed—you're not going to succeed all the time, and I know that.”

This basketball star nicknamed King James started a petition saying that no player should be allowed to wear number 23 in honor of Michael Jordan.

Quotes By LeBron James | Quote Of The Day | Top 100 Quotes

See the events in life of LeBron James in Chronological Order