Lauren Parsekian is an American director and social activist who is known for co-founding the internationally recognized nonprofit organization ‘Kind Campaign’. The organization works towards bringing awareness of girl-against-girl harassment and bullying in educational institutes. Parsekian faced a lot of mental abuse and harassment during her middle school days from her fellow schoolmates, mostly girls. This led to a lot of health problems and almost made her take her own life. After recovering from the ill effects of these harassments, Parsekian realized she needed to do something to bring awareness about this serious issue, especially among young students. She made a video from the feedback of hundred different school students, all girls, about the bullying they had faced and how they reacted to it. She made a documentary titled ‘Finding Kind’ from those videos which is aimed at making students stand against bullying and help those who can’t help themselves. Her organization also provides online support to those students who reach out for help against bullying. 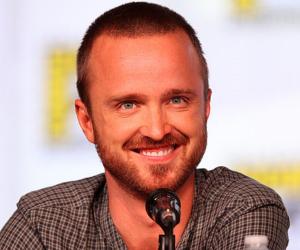 American People
American Women
Women Activists
American Directors
Female Film Directors
The Bullying Incidents
Lauren Parsekian became an activist as a result of her own struggles with bullies during her middle school days. She was part of an all-girl friends group in her middle school. The group suddenly turned against her when a popular boy became interested in her. Another girl in her group was interested in the same boy and this resulted in rivalry between the two girls. The other girl turned the group members against Lauren and they began to bully and harass her in every possible way. They threw things at her, hit her, and abused her verbally. The bullies even took her personal things from her locker and destroyed them.
The girls also convinced some boys from the school to go on dates with her and later break up publicly, to embarrass her further. All these incidents affected her deeply on a psychological level. She became too afraid of going to school and talking to people and developed an eating disorder. Her health suffered and her grades went down. The situation became so bad that she even tried taking her own life.
You May Like

American Activists
Female Social Activists
American Women Activists
American Female Directors
Continue Reading Below
Recovery & the ï¿½
After struggling for a long time, Lauren Parsekian slowly recovered from her issues and went to the Pepperdine University to study filmmaking. She, along with her long-term friend Molly Thompson, visited a hundred students and interviewed them about their struggles with bullies in their schools. The reactions were tough for Parsekian to handle as she was reminded of her own school days. She made a documentary, ‘Finding Kind,’ based on those interviews, portraying the struggles many face during their school days due to bullying from their fellow schoolmates. She advocated for those people and asked for help from parents, teachers, and other students. She asked students to be more kind to each other, to stop this vile practice of bullying, and stand up for those who can’t do it for themselves.
Parsekian and Thompson founded ‘Kind Campaign’, an internationally recognized nonprofit organization to help girls from being bullied by other girls in schools. Along with her husband actor Aaron Paul, she has been engaged in various activities to raise funds to help and provide expert support to the victims of bullying. Her organization also provides online counseling and help to several girls who reach out to the organization in this regard.
Recommended Lists: 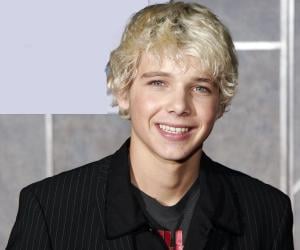