Kendall Vertes is one of the most popular dancers of the Lifetime reality show ‘Dance Moms.' Besides being a competitive dancer, Kendall is also a singer and a model. Along with her mother Jill Vertes, she entered the dance reality show in the first episode of the second season. She switched between Abby Lee Dance Company and Candy Apple's Dance Center till she got a permanent spot in Abby Lee Miller's team. During her stint at CADC, Kendall was offered a special performance at a Harlem Globetrotters exhibition. On 21st April 2015, she released her debut single “Wear ‘Em Out." It was later followed by a music video which premiered on ‘Dance Moms’ on June 9, 2015. She also released a cover version of the song "Winter Wonderland." She has performed on several music videos of her co-stars on ‘Dance Moms.' She has been featured in songs like "Summer Love Song," "It's A Girl Party," "Freaks Like Me," and "Boomerang." She has been featured on the cover of ‘Girl's Life’ magazine. 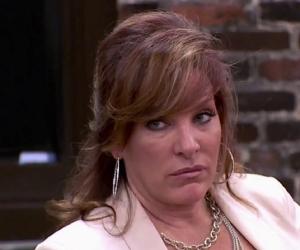 American People
Pennsylvania YouTubers
Female YouTubers
American YouTubers
Female Youtube Dancers
The Meteoric Rise To Stardom
Kendall has been dancing since she was only 18 months old. She started taking dance classes at the age of two and started performing on stage a year later. Also interested in singing, Kendall has been a part of the dancing-singing group called "The Glitter Girls" along with Maria May and Liza Retter. She, however, got recognition after she joined the reality show Dance Moms. Initially joining on probation for ALDC (Abby Lee Dance Company), Kendall worked her way up to be one of the lead dancers of the show. She has also been successful with her musical ventures. Her debut single “Wear ‘Em Out” surpassed Taylor Swift’s “Bad Blood” on the iTunes music video chart on the day of its release.
Recommended Lists:

Who Is The Most Popular BTS Member?
Continue Reading Below
What Makes Kendall Vertes So Special
Kendall, who is being homeschooled now due to her busy schedules, attended a local public school in Pittsburgh before joining Dance Moms and was a straight 'A' student in the fourth grade. Kendall loves contemporary and jazz dance styles and among the different dance techniques, rise and fall is her favorite. She will soon release her next song "Where Would I Be Without You", which is inspired by the music of Calvin Harris. The song, which she co-wrote, is about the time she has spent with her friends and how they always stood by her. She told her fans that her “ultimate music dream” is to work in collaboration with Ariana Grande, her favorite singer.
Recommended Lists:

Beyond Fame
It is hard to avoid controversy when you are part of a reality show. Kendall has had her share of conflicts on the sets of ‘Dance Moms’. Once when Abby called her a 'hot mess', she even wanted to leave the show. Kendall had a break down on the sets of the show when, due to her best friend Maddie's busy schedule, their first duet together was cancelled and Abby made JoJo Siwa have a solo performance instead. During the sixth season, Kendall's mother Jill Vertes got into a feud with Ashlee Allen, the mother of newcomer Brynn Rumfallo, when Jill showed her discontent over Brynn's inclusion to the team. Kendall also got involved in the dispute which disappointed some of her fans.

There have been tensions between Kendall and Abby, who also acts as her music manager, over her song releases. After spending a whole summer on her songs, Kendall had to wait for Abby's approval to release her singles. Kendall didn't miss the fact that another Dance Moms star, Nia Sioux, who is not managed by Abby, released several songs without going through the troubles she faced. When asked about her dance coach Abby's legal troubles regarding bankruptcy fraud, Kendall even called it "karma".

Behind The Curtains
Kendall Vertes is the daughter of Erno Valer Vertes and Jill Vertes. She is the youngest of three siblings and has two older sisters Charlotte and Ryleigh. Her sisters appeared on her music video “Wear ‘Em Out”. Kendall's father taught her to play tennis. She is the best swimmer among her teammates. Her co-star from Dance Moms, Maddie Ziegler, is her best friend, and she is also close to Maddie's sister Mackenzie. Kendall is currently single and considers herself too young to be in a relationship. She is a fan of Tom Cruise and had a celebrity crush on Cameron Dallas. Kendall would like to act in Broadway or be a dentist when she grows up. 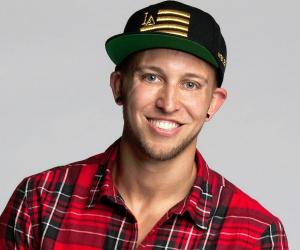