Juliet Mills is a British-American actress who is recognized for her extensive body of work on stage, TV and in films. Born to celebrated actors, Sir John Mills and Mary Hayley Bell, Mills made her way into films as a toddler and later as a child actress. However, it was her role as Pamela in the play ‘Five Finger Exercise’ that ultimately brought her recognition. Though she successfully juggled between television and films with seamless ease in the 1960s, she started focusing increasingly on television in the 1970s. Her role in the film ‘The Rare Breed’ was one of the highlights of her early year in cinema, she also acted in shows, such as ‘The Man from U.N.C.L.E’ and ‘Ben Casey’ in the 60s. Her career graph continued its upward trajectory in the 1970s. She earned a Golden Globe nomination for her role in the 1973 film ‘Avanti!’ and bagged an Emmy for her role as Samantha Cady in the television miniseries ‘QB VII’. Her other notable works include the successful TV shows ‘Nanny and The Professor’ and ‘Passions’. More recently, she had a recurring role in the hugely popular sitcom ‘Hot in Cleveland’, in addition to earning praise for her role as Georgina in the British series ‘Wild at Heart’ (2009). 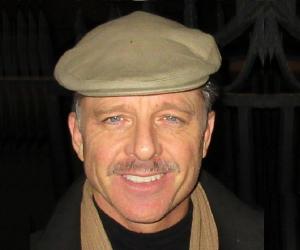 American People
British People
British Women
Scorpio Actresses
British Actresses
American Actresses
Childhood & Early Life
Juliet Mills was born on November 21, 1941 in London, England to Sir John Mills and Mary Hayley Bell. Her father was an actor, while her mother was a playwright. She has two siblings: sister Hayley Mills, an actress; and brother Jonathan Mills, a director.
Mills was exposed to acting and the entertainment industry at an early age. Her godmother was Vivien Leigh and her godfather was Noel Coward. She made several appearances as an extra in films when she was a toddler. Her professional debut took place in 1958 when she was cast as Pamela in the production of ‘Five Finger Exercise’.
She continued playing Pamela for two years, including a year on Broadway. This role earned her a Tony Award nomination and set the stage for her career in acting.
Continue Reading Below
You May Like

Famous Beautiful Women With Green Eyes
Career
Juliet Mills started appearing on the big screen in the 1960s for both films and television shows. She was first seen in the TV movie ‘Mrs. Miniver’ in 1961, and later in movies, such as ‘No My Darling Daughter’ (1961), ‘Twice Round the Daffodils’ (1962), ‘Nurse on Wheels’ (1963), and ‘Carry On Jack’ (1963).
While she had gained a steady foothold in films, Juliet expanded her horizon and started guest-starring in TV series like ‘Man of the World’ (1962), ‘It Happened Like This’ (1963), ‘The Man from U.N.C.L.E’ (1965), ‘Ben Casey’ (1966), ‘A Man Called Shenandoah’ (1966), and ‘Sherlock Holmes (1968).
Her theatre productions from the 1960s include ‘Alfie!’ (1964), ‘Lady Windermere’s Fan’ (1966), and ‘She Stoops to Conquer’ (1969).
In the 1970s, she starred in the movies ‘The Pebbles of Etratat’ (1971), ‘Avanti!’ (1972), ‘Jonathan Livingston Seagull’ (1973), and ‘Beyond the Door’ (1974). Her role as Pamela in ‘Avanti!’ earned her a Golden Globe nomination. However, Mills started focusing more on TV for the remainder of her career.
Her TV appearances in the 70s include the famous series ‘Nanny and the Profession’, in which she starred in the lead role as Nanny Phoebe Figalilly. The show ran for one season and was immensely popular but was cancelled in 1971.
Other TV series that Mills worked in included ‘Alias Smith and Jones’, ‘Harry O’, Marcus Welby, M.D.’, among others. She also played Samantha Cady in the historical miniseries ‘QB VII’ in 1974, which won her an Emmy Award and critical acclaim.
Mills continued playing regular as well as guest roles on TV for the remainder of the 70s. She started taking up movies again and was seen in ‘The Cracker Factory’ (1979) and ‘Barnaby and Me’ (1979).
In the 1980s, she returned to stage with ‘The Elephant Man’, apart from appearing in a slew of sitcoms as a guest actor, including the popular drama ‘The Love Boat’.
In 1999, she was roped in to play the lead role of Tabitha Lenox in the series ‘Passions’, which aired until 2008 and ran for nine seasons. Her role won her new fans and several award nominations. She continued to pay the role until the show was cancelled.
In the 2000s, she was seen in the following series ‘Four Seasons’, ‘Wild at Heart’, ‘Hot in Cleveland’, and ‘From Here on Out’. She made her comeback in movies and was recently seen in ‘Lucky Stiff’ (2013), ‘Some Kind of Beautiful’ (2014), and ‘Running for Grace’ (2018).
Mills has continued to be a constant presence on American television for the past six decades. Her love for stage and acting continues to inspire the new generation of actors. She was last seen in the short ‘Long Time Listener, First Time Caller’ in 2019.
Family & Personal Life
Juliet Mills was first married to Russell Alquist Jr. from 1961 to 1964. They have a son, Sean. She later married Michael Miklenda in 1975, but they parted ways in 1980. The couple has a daughter, Melissa. Mills is currently married to Maxwell Caulfield and they have been together since 1980.

See the events in life of Juliet Mills in Chronological Order