Julian Martel is a German pop singer presently based in America. He was previously a member of the boy band New District. Martel developed a deep love for music early in his life and was inspired to pursue it as a profession by the likes of Ed Sheeran and Shawn Mendes. In 2015, at the age of 14, he appeared as a competitor on ‘The Voice Kids Germany.’ Martel originally started his career on YouTube, where he set up an account in December 2014. After his ‘The Voice’ appearance, he accumulated 51k subscribers on the platform. He is equally active on other social media platforms and has 19k, 9.4k, and 232k followers on Twitter, Facebook, and Instagram respectively as of February 2018. In 2017, he left New District and has since released his first solo single, ‘Get Over It’. Lena Meyer-Landrut
Pop Singers #2169
Singers #9453
Continue Reading Below
DID WE MISS SOMEONE?
CLICK HERE AND TELL US
WE'LL MAKE SURE
THEY'RE HERE A.S.A.P
Quick Facts

German People
Male Singers
Pisces Singers
German Singers
Male Pop Singers
Career
Julian Martel’s journey as a singer and musician truly began on December 29, 2014, when he set up his YouTube account. He was just 14 years old at that time. The first video he uploaded on the site was a cover of ‘Thinking Out Loud’ by Ed Sheeran. In the subsequent months, he also performed covers of ‘Shut Up and Dance’ by ‘Walk the Moon’; ‘Pillowtalk’ by Zayn; and ‘Night Changes’, ‘Drag Me Down’, and ‘If I Could Fly’ by One Direction.
He was briefly a part of a boy band called ‘Level X’ and they did a cover of ‘What Makes You Beautiful’ by One Direction’ in May 2015. Martel also did a cover of ‘Words’ by Jacob Whitesides. Jacob loved Martel’s rendition so much that he tweeted the YouTube link to the song without Martel requesting him to do so!
The third season of ‘The Voice Kids Germany’ premiered on 27 February 2015, four days after Martel’s 15th birthday. He appeared as one of the contestants but ultimately could not make it to the final rounds. Noah-Levi Korth from team Lena Meyer-Landrut won the competition that season.
New District was originally formed in November 2015 with Sean Cavaliere, Jaden Bojsen, Devin Dressman, Dylan Rey, and Felix Biernat. However, Biernat, who was also German, could not relocate to the US due to Visa issues. So, Martel replaced him in 2016. Signed to Isana Records, the group’s first music video was a cover of Shawn Mendes’ ‘Stitches’.
Martel’s first recording with the group was the single titled ‘Ain’t Got Money’. Released on 19 August 2016, the song has garnered over six million views on YouTube. They were nominated for Teen Choice Award for Choice Music: Next Big Thing in 2017.
Sometime in 2017, he and the other members of New District parted ways and Martel has been working on his solo career since then. He has released two original singles till date, ‘Get Over It’ in November 2017 and ‘Goodbye’ in January 2018.
You May Like 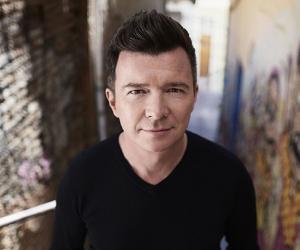