Joyce Brothers was a famous American psychologist and television personality, who became the only woman ever to win the American game show, ‘The $64,000 Question’. She also presented a TV show on which she offered psychological advice. Apart from conducting her own show, she penned numerous columns on topics pertaining to sex, relationships and parenting and was also a regular columnist for the magazine, ‘Good Housekeeping’. An alumnus of the Cornell University, she earned degrees in home economics and psychology and obtained a doctorate from Columbia University. From very early on in life, she dabbled with a number of jobs and was the first female to commentate in a boxing match. Her first mass media interaction was when she interviewed professional boxers for radio broadcasts around the country. Her fame whizzed towards the end of the 20th century and she received a lot of negative criticism for giving out a lot of advice without understanding her callers’ histories over the phone. American Celebrities
American Women
New Yorkers Actresses
Cornell University
Columbia University
Childhood & Early Life
Joyce Diane Bauer was born to Jewish parents, Estelle and Morris K. Bauer in Brooklyn. She attended Far Rockaway High School and graduated from there in January 1944.
Thereafter, she entered Cornell University and majored in psychology and home economics. During this time, she became a member of the Sigma Delta Tau fraternity. After successfully earning a double degree, she went on to complete her Ph.D. in psychology from the renowned Columbia University.
She was not financially very well-off and received a fellowship from ‘The America Association of University Women’ in 1952 to complete her doctoral education. 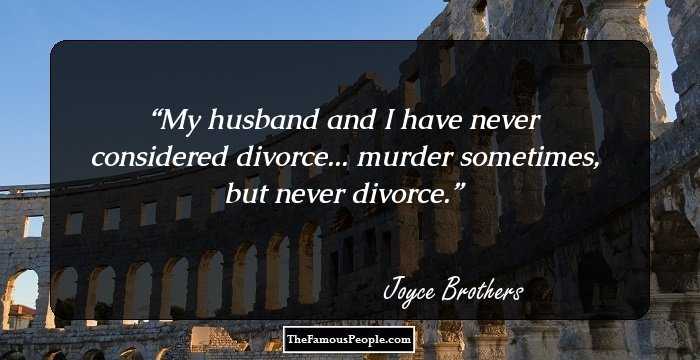 The Hottest Male Celebrities With The Best Abs
Career
She propelled to fame in 1955 by becoming the first woman ever to win the game show, ‘The $64,000 Question’, on which she appeared as an expert on the subject of boxing. Although she was not a boxing enthusiast, her sponsors advised that she should consider boxing as her topic for the show and since she was an avid reader, she studied every book she could find on the subject.
Towards the end of the 1950s, there was a lot of controversy related to the show being rigged, but Brothers refuted all the speculations.
Following her success on ‘The $64,000 Question’, she became a commentator for CBS in a boxing match and is said to be the first ever woman commentator for the sport.
In August 1958, she hosted her own television show. In the show, she gave advice on relationships and even began answering questions from the audience. She was, officially, the first television psychologist and even though the concept was viewed with cynicism at first, she soon gained popularity among the masses.
Over the course of time, the name of her show was changed many times, from ‘The Dr. Joyce Brothers Show’ to ‘Consult Dr. Brothers’ and ‘Tell Me, Dr. Brothers’. Following her success with the show, she began writing a monthly column in the ‘Good Housekeeping’ magazine.
She authored an advice book, ‘Ten Days to a Successful Memory’ in 1964, which went on to receive moderate reviews from critics and readers.
She also began writing for a syndicated newspaper column in the 1970s, which became really popular. She published several books during her lifetime but ‘What Every Woman Should Know About Men’, published in 1981, became a best-seller. In 1991, she authored ‘Widowed’, following the unexpected death of her husband.
Later, Joyce Brothers branched out into films, playing herself in more than half a dozen movies including ‘Lover’s Knot’, ‘Dear God’, ‘Beethoven’s 4th’ and ‘Analyze That’. 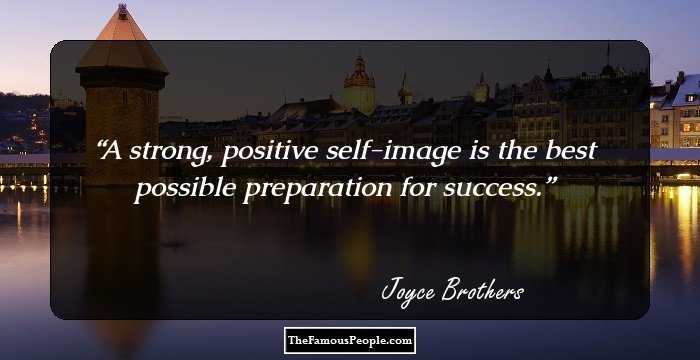 Major Works
She authored ‘What Every Woman Should Know About Men’ in 1981. This explicit and informative guide for understanding the opposite sex went on to become a best-seller in the United States and sold over 11,000 copies in the first week of its release.
Personal Life & Legacy
She married Dr. Milton Brothers, an internist, in 1949. Together, the couple had a daughter, Lisa Brothers. Dr. Milton passed away from cancer in 1989.
Dr. Joyce Brothers, following the death of her husband, resided in Fort Lee, New Jersey, where she passed away at the age of 85. She is survived by her sibling, Elaine 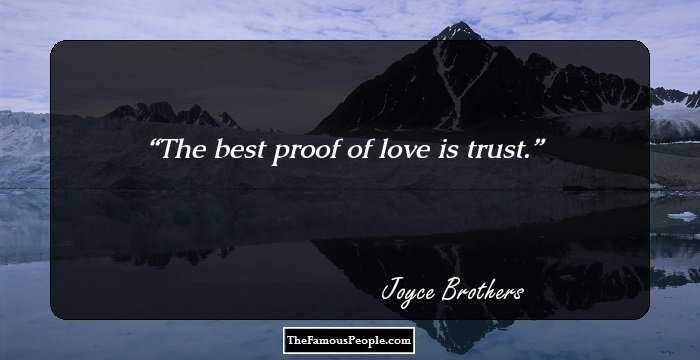 Quotes: Love
Trivia
This famous television show host appeared as herself on popular American sitcoms including, ‘Frasier’, ‘Saturday Night Live’, ‘The Nanny’ and ‘The Simpsons’.
You May Like

Quotes By Joyce Brothers | Quote Of The Day | Top 100 Quotes

See the events in life of Joyce Brothers in Chronological Order