Joseph D Pistone is a former FBI special agent who went undercover for six years as jewel thief, Donnie Brasco, and infiltrated the Bonanno crime family and to some extent Colombo crime family. While working as an undercover agent, he provided FBI with crucial information regarding the mafia and its criminal ways. He was so successful in his work that he was on his way to being officially inducted into the Bonnano crime family; however, the FBI pulled him out before that owing to dangers involved. Later his testimony led to the conviction of over 100 mafia members. His long term undercover work proved instrumental in FBI’s future use undercover agents. Pistone worked for the FBI for seventeen years before retiring in 1986. He then turned a security consultant and an author. His book Donnie Brasco: My Undercover Life in the Mafia – wherein he wrote about his experiences as an undercover agent – became the basis for 1997 film Donnie Brasco. Jelani Maraj
DID WE MISS SOMEONE?
CLICK HERE AND TELL US
WE'LL MAKE SURE
THEY'RE HERE A.S.A.P
Quick Facts 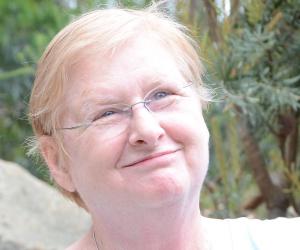 In the beginning, Joseph D Pistone worked as school teacher followed by a job at the Navy's intelligence section. His association with the FBI began in 1969. After working in Jacksonville, Florida for few years, he was assigned to the truck and hijack unit in New York in 1974. There were major hijacking taking place every day in the New York area and intelligence indicated the involvement of various Mafia families in it.

The FBI organised an undercover operation code named Sun-Apple to infiltrate bigtime fences which would eventually lead to the Mafia. For the operation, Pistone was supposed to infiltrate Bonanno crime family, one of the five families that dominated the organised crime in New York. His Sicilian heritage, his way of speech and his understanding of mafia mind made him a perfect choice for the undercover operation. The FBI created a whole new identity for him, erasing every detail about him in the bureau. He was now Donald Donnie Brasco, a low level but successful gem thief. As part of preparation for the role, Pistone took a two week training course about precious gems too.

As Donnie Brasco, Pistone initially worked with a crew from the Colombo family and later was introduced into the Bonanno family by Anthony Mirra (who worked with the family). Still later, Benjamin Lefty Ruggiero became his mentor and taught him the ways of Mafia.

The operation which was initially planned for six months went on for several years. Between 1976 and 1981, Pistone provided FBI with vital information – how the mafia family operated in general and Bonanno family in particular, key people involved, the rackets they were running and their rules and regulations.

Pistone was so successful in his work that he almost became a made man – a fully initiated member of the mafia. However, the FBI decided to pull him out of the operation due to extreme dangers involved. Following the death of Bonanno family head, Carmine Galante, an internal power struggles had broken out that led to three murders. Shooting wars were being waged between the families. Dominick Sonny Black Napolitano ordered Pistone to kill Anthony Bruno Indelicato. So despite, Pistone’s desire to continue with the operation till he became a made man, the FBI pulled him out.

Soon after, Napolitano was killed for letting an FBI agent infiltrate the family and Ruggiero was arrested for his own protection. Ruggiero served ten years in prison and died – because of cancer – two years after his release. Joseph D Pistone’s testimony proved extremely critical in over 200 indictments and over 100 convictions of Mafia members. Pistone retired from FBI in 1986, though he appeared to testify whenever he was called upon to do so.

After completing his testimony, he became an author and a consultant to law enforcement agencies globally including Scotland Yard. He elaborated on his undercover experience in the book Donnie Brasco: My Undercover Life in the Mafia which was published in 1988 (co-authored with Richard Woodley). The book, later became the basis for Johnny Depp and Al Pacino starrer 1997 movie Donnie Brasco for which Pistone served as a consultant. His friend Lou DiGiaimo was the producer.� Another television series, Falcone, too was inspired from this book. He turned executive producer for the 2006 mafia film 10th & Wolf.

Apart from the above, he has been featured in the episodes of a documentary series Mafia's Greatest Hits and A Secrets of the Dead as well as National Geographic’s mini-series Inside the American Mob.

Joseph Dominick Pistone was born on 17th September, 1939 in Erie, Pennsylvania, United States in a working class family. He was raised in Paterson city in New Jersey where he attended Eastside High School. He later joined Paterson State College and completed his studies in anthropology. As a kid, he played basketball with his friend Lou DiGiaimo who later became a film casting agent.

In 1961 he married his high school girlfriend, Maggie. The couple has three daughters 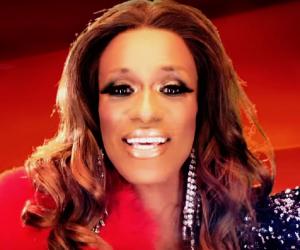