Advanced Search
Jonathan Marc Bairstow is an English cricketer. He is a right-hand batsman, and a wicket keeper. In domestic cricket, Bairstow plays for the ‘Yorkshire County Cricket Club.’ Bairstow was inclined towards cricket from his childhood. During his school days, he won the ‘Cricketer of the Year’ award too. He started his career by playing for the ‘Yorkshire County Cricket Club.’ Later, he was selected to the English ODI team. In his debut match against India, Bairstow gave an excellent performance, and was adjudged the ‘Man of the Match.’ He is the only English wicket keeper to claim nine dismissals twice, in Test matches. When Bairstow claimed 70 dismissals in a calendar year, he set a new record for the most dismissals by a wicket keeper, in a year. In 2016, he set a record for most runs scored in Test matches by a wicket keeper in a calendar year. He is the first English cricketer to score a century in three consecutive one-day international matches. He plays for the ‘Sunrisers Hyderabad,’ in the ‘Indian Premier League’ (IPL). Usman Khawaja
DID WE MISS SOMEONE?
CLICK HERE AND TELL US
WE'LL MAKE SURE
THEY'RE HERE A.S.A.P
Quick Facts

British People
Libra Cricketers
Male Sportspersons
British Cricketers
British Sportspersons
Childhood & Early Life
Jonny Bairstow was born Jonathan Marc Bairstow, on September 26, 1989, in Bradford, West Yorkshire. His father, David Bairstow, was a former English cricket player. Janet Bairstow is his mother. His brother Andrew Bairstow is also a cricket player. He has a sister, Rebecca.
He was interested in games such as cricket, rugby, and football, from his early childhood. He joined the ‘St. Peter’s School,’ Yorkshire, for his early education. While in school, he grew into an excellent cricket player. Bairstow received the first ‘Young Wisden Schools Cricketer of the Year’ award, for scoring 654 runs in 2007.
Continue Reading Below
Career
Jonny Bairstow started his career for the ‘Yorkshire County Cricket Club.’ In 2008, he played second XI cricket for ‘Yorkshire,’ scoring 308 runs in 6 matches. In his debut first-class match, Bairstow scored 28 runs. In 2010, he became a regular player for ‘Yorkshire.’
In 2011, Jonny Bairstow was selected in the ODI team. He made his ODI debut against India and scored an unbeaten 41. He was adjudged the ‘Man of the Match.’ On February 23, 2012, he was named the ‘Man of the Match,’ in the second T20, against Pakistan.
In 2012, Bairstow was named in the Test team. He made his Test debut against the West Indies. He was presented the Test cap by former cricketer Geoff Boycott. He was a part of the England team for the 2012 ‘ICC World Twenty20.’ In the group match against India, Bairstow caught Virat Kohli, when he was at 40 runs, hut he could score only one run. England lost the match. In the ‘Super 8’ match against the West Indies, Bairstow caught the opening batsman, Johnson Charles, when he was at 84 runs.
Jonny Bairstow was included in the England team for the 2013 New Zealand tour, for Test, ODI, and T20 matches. In the first T20 match of the series, Bairstow played as a batsman. Coming in at number 5, he scored 38 runs in 22 balls, helping his team win the match.
He was selected in the squad for the 2013 Ashes series. Playing at number six in the 1st Test, he scored 37 and 15. In the 2nd Test match, Jonny scored 67 in the first innings and 20 runs in the second innings, helping his side gain a 2–0 series lead.
He was selected for the 2013-2014 Ashes Test series, but he played only in the 4th and the 5th Test. In the series, Bairstow performed well as a wicket keeper, but failed with the bat. He finished the series with 49 runs.
In 2015, after staying out of the England team for 18 months, Bairstow was selected for the 5th ODI, in New Zealand’s tour of England. He scored 83 runs off 60 balls, and took two catches, helping England win the match.
In the 2015 Ashes series, after being omitted from the first two tests, Jonny played the last three tests of the series. His score of 74 in the fourth Test helped England win the match.
He made to the England team for the series against Pakistan in the UAE in 2015. His batting performance was average and he made just one half-century in the series. England lost to lose the series 2–0.
In the Test series against South Africa, Bairstow was chosen as the first choice wicket keeper, due to poor performance by Jos Buttler. In the first Test, he scored 41 and 79, and helped his team win the match by 241 runs. Bairstow stumped Temba Bavuma for 0, and became the first English wicketkeeper since 2012, to take a stumping. In the second Test, he scored 150 not out; it was his first Test century. Despite scoring 629 in the first innings, England batting failed in the second innings, but Bairstow’s unbeaten 30 helped his team draw the match. In the first innings of the third Test, he scored 45.
In the 2016 series against Sri Lanka, he scored 140 runs, and took nine catches, in the first match. He was declared the ‘Man of the Match.’ He scored 48 in the second match. In the third and the final test, he scored 167 in the first innings and 32 in the second innings. He was adjudged player of the series jointly with Kaushal Silva.
In the 2016 Test series against Pakistan, Bairstow scored 58 runs in the second Test match. In the third Test, he scored 83 in the second innings.
In the 2016 Test series against India, Bairstow scored 46 in England’s first innings of the first Test. In the second Test, he scored 53 in the first innings and 34 in the second innings. He scored 89 and 15 in the third Test. In the fourth Test, he scored 14 in the first innings and 51 in the second innings.
In 2016, Jonny Bairstow recorded 70 dismissals, and set a new world record for the highest number of dismissals by a wicket keeper in a calendar year. In the same year, he scored a total of 1470 runs in Test matches, and set a record for the most runs in Test matches by a wicket keeper in a calendar year. He also became the only English wicket keeper to claim nine dismissals in Test matches, twice. The first was against South Africa, while the second came against Sri Lanka.
In 2017, Jonny Bairstow scored an unbeaten hundred against the West Indies; it was his maiden ODI century. In September 2017, he scored 141 runs against the West Indies, which was the highest ever score by an English batsman against West Indies.
Bairstow was bought by ‘Sunrisers Hyderabad,’ for the ‘2019 Indian Premier League.’ He has also been included in the England team for the 2019 ‘Cricket World Cup.’
Family & Personal Life
Jonny Bairstow is not married. He is not known to be in any relation. He keeps his personal life closely guarded.

See the events in life of Jonny Bairstow in Chronological Order 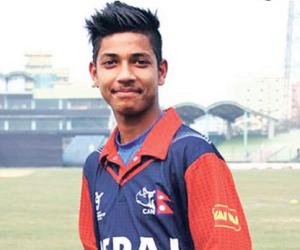