John W. Thompson is the CEO of Virtual Instruments who was earlier the CEO of Symantec Corporation. This biography provides detailed information about his childhood, life, achievements, works & timeline. DID WE MISS SOMEONE?
CLICK HERE AND TELL US
WE'LL MAKE SURE
THEY'RE HERE A.S.A.P
Popularity Index
John W. Thompson
Quick Facts

Famous as: CEO of Virtual Instruments

awards: 2010 - He received the Pioneer business leader award for outstanding accomplishments in business and education 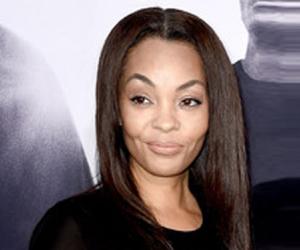 Wilfred Owen
John W. Thompson is the CEO of Virtual Instruments since April 2010. Before joining the company he had served in a number of prestigious positions in several leading technological organizations including IBM and Symantec Corporation. He began his career working as a sales representative for IBM before climbing on the corporate ladder to reach greater heights. He worked devotedly for the same organization for 28 years before surprising himself and the world by taking on a new position in a new company just years short of his retirement. After having seen his share of career ups and lows he decided he was ready for a new challenge and accepted the position of CEO in Symantec Corporation, a major software company in California. During his decade long career with them, he transformed the company into a leading provider of world class products to customers all over the world and helped to grow the company’s revenues manifold. He identified the field of internet security as the area to focus on and this strategy paid off Symantec very well. After his success at Symantec, he joined Virtual instruments as the CEO. The leadership efforts of this astute leader have been recognized by a number of industry associations and he is one of the most respected business professionals in the U.S. Image Credit
https://www.flickr.com/photos/buddhadog/14091318496
Previous   Next
Childhood & Early Life
He was born to John H. Thompson and Eunice Thompson in New Jersey. His father was an army man and the family often moved from one place to another after transfer. His family later on settled in Florida.
He attended Lincoln High school where he became a talented clarinet player. He won a music scholarship to Lincoln University in Missouri. However, he did not want to major in music and transferred to Florida A&M University from where he received his Bachelor of Business Administration in 1971.
Continue Reading Below
You May Like

Who Is The Most Popular BTS Member?
Career
He joined IBM as a sales representative in 1971. Determined to create his own unique image, he began sporting a huge moustache and a large afro hairstyle in order to set himself apart. Later on he realized the importance of a professional look and changed his style.
Following a successful sales career he landed his first management position and became an IBM branch office manager in Atlanta in 1975.
In 1980 he was transferred to Boston as administrative assistant to the regional manager and three years later he became the regional marketing director.
IBM sent him to earn a Master’s degree in Management (M.B.A) from the Sloan Fellows program of the MIT Sloan School of Management in 1983. This was a program designed especially for mid-career executives.
He was fast becoming a very valuable employee of IBM and was being promoted to exceedingly responsible positions because of his amazing management and leadership skills. In 1984 he was moved to IBM headquarters in White Plains to work as the assistant to the CEO and the chairman.
A significant point in his career came when he was made the director of IBM’s Midwest operations in 1990. At that time IBM was going through a slump and he reorganized and motivated the sales force to give their best and helped improve IBM’s sales performance.
From 1994 to 1998 he served as the General Manager of IBM’s personal software products and was named the General Manager of IBM Americas in 1997.
In 1999 when he was just a few years short of retirement, he was approached by a board member of Symantec Corporation, with a lucrative job offer. Thompson left IBM after 28 years to join Symantec as the chairman, president, and CEO.
Symantec was a major software company but it lacked focus. Thompson immediately began working on reorganizing the corporation by replacing the majority of executives and by recruiting more employees. He also recommended selling off several business units that were not contributing towards the company’s vision.
Continue Reading Below
He proposed the idea of focusing the company’s efforts in one area: Internet Security. Security was an issue of great concern during the late 1990s, and Thompson knew Symantec could make it big in this field.
He reorganized the company’s marketing strategy and emphasized on providing world-class internet security solutions to corporate customers. The company also developed new security products and soon acquired a huge international market share and became the market leaders in Internet Security products.
By the time he left Symantec in 2009, the company was a world leader in internet security products, enjoyed a strong reputation in the stock market and was one of the most trustworthy software brands in the eyes of customers. Thompson helped to increase the revenues from $600M to over $6B in the ten years he worked there.
He was made the CEO of Virtual Instruments in April of 2010 where he has been serving ever since.
Major Works
He is a highly successful business professional who over a duration of ten years is credited to have altered the fortunes of a mediocre Symantec Corporation by transforming it into a world leader in internet security products by reorganizing and directing the corporation with his leadership.
Awards & Achievements
He was awarded the David Packard Medal of Achievement from TechAmerica Foundation for his contributions to the high-tech industry in 2009.
He was presented with the Spirit of Silicon Valley Lifetime Achievement award by the Silicon Valley Leadership Group in 2012.
Personal Life & Legacy
He is currently married to Sandra, an attorney. He has two children from a previous marriage.
Trivia
He also serves on the board of Microsoft, the world's largest software company.
He loves hunting as a hobby.
You May Like

See the events in life of John W. Thompson in Chronological Order 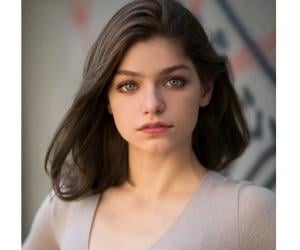