Advanced Search
John Deacon is an English bassist and songwriter, best known for his compositions ‘You're My Best Friend’, ‘Another One Bites the Dust’, ‘Back Chat’, and ‘I Want to Break Free’. Developing an early interest in music, he joined his first band, ‘The Opposition’ at the age of fourteen. At eighteen, he moved to London to study electronics, another of his passions, graduating at the age of twenty with a first-class degree. In the same year, he joined the newly formed band, ‘Queen,’ as a bassist, and debuted as a songwriter at 23. He received recognition with his composition ‘You're My Best Friend’ soon after. Thereafter, he continued composing songs and playing the bass and occasionally the guitar. In addition, he took charge of managing the band’s finances and used his skills in electronics to maintain the band’s equipment. He retired from the spotlight at the age of 46, spending a quiet suburban life since then.

Charlie Jones
DID WE MISS SOMEONE?
CLICK HERE AND TELL US
WE'LL MAKE SURE
THEY'RE HERE A.S.A.P
Quick Facts 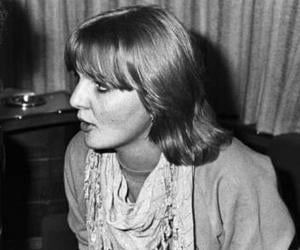 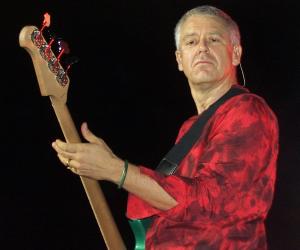 British People
King's College London
Leo Musicians
Male Bassists
Male Musicians
Childhood & Early Life
John Richard Deacon was born on 19 August 1951, in Leicester, England. His father, Arthur Henry Deacon, was employed with the Norwich Union insurance company. His mother’s name was Lilian Molly Deacon née Perkins. He has a younger sister named Julie Deacon.
John began his education at Linden Junior School in Leicester, studying there till 1960. Thereafter, he moved with his family to Oadby, where he entered Gartree High School.
While studying at Gartree, he developed an interest in electronics, spending a lot of time fiddling with radios and tape recorders, building and modifying small devices. Equally passionate about music, he learned to play the guitar in the early 1960s.
John Deacon began his musical career in 1965, initially playing chart hits with his rhythm guitar with The Opposition. But when in 1966 the group’s bassist was fired, he switched to bass, playing in various concerts over the years, cutting an acetate disc of three songs in early 1969.
In spite of his extracurricular activities, he did not neglect his studies. On receiving his O level certificate, he entered Beauchamp Grammar School, earning his GCE A level certificate in 1969. Thereafter, he entered Chelsea College, London, to study electronics, eventually earning a first-class honors degree in 1971.
Continue Reading Below
Initial Career
In August 1969, John Deacon left The Opposition and his instruments behind in Oadby to concentrate on his studies at Chelsea College. Nonetheless, in late 1970, he formed his own band, ‘Deacon’ that gave only one live performance at the college.
In early 1971, he was introduced to Roger Taylor and Brian May, members of a newly formed band, Queen, at a disco. Since the band did not have a bassist, he appeared for an audition, eventually being selected for the position.
With 'Queen'
In June 1971, John Deacon played his first show with Queen at the College of Estate Management in Kensington. In December, they began recording their first album, ‘Queen’, which would eventually be released on 13 July 1973. In this album, he was credited as Deacon John.
The album ’Queen’ peaked at the position of #83 on the US Billboard 200 chart (1973) and at #47 on the UK Official Albums Chart (1974), leading to their second studio album, ‘Queen II’, which was released on 8 March 1974. From then on, he began to be credited as John Deacon.
On 8 November 1974, the band released their third studio album, ‘Sheer Heart Attack,’ and with it, Deacon debuted as a songwriter, writing ‘Misfire’ and co-writing ‘Stone Cold Crazy’. Since May, their guitarist, was unwell while recording, he also played some guitar parts.
On 21 November 1975, Queen released their fourth album, ‘A Night at the Opera’, featuring, among others, Deacon’s composition, ‘You Are My Best Friend’. Later, the song was released as a single, reaching #7 on the UK Singles Chart and #16 on the US Billboard Hot 100.
From 1975, Deacon began to compose regularly, becoming well-known for writing 'Spread Your Wings' for their 1977 album, 'News of the World'. However, he got his first worldwide hits when in 1980 he wrote ‘Another One Bites the Dust’ and ‘Need Your Loving Tonight’ for Queen’s eighth album, ‘The Game’.
His next hit came in 1984, when he composed ‘I Want to Break Free’ for Queen’s eleventh studio album, ‘The Works’. Although the song reached only #45 on the US Billboard Hot 100, it was certified silver with over 200,000 copies sold all over the world.
From the mid-1980s, concurrently with playing for Queens, he also started playing for other bands, such as SAS (Spike Edney's All Stars). He officially retired from public life after Freddie Mercury’s death in 1991, but continued to perform sporadically till 1997.
On 20 April 1992, he performed at The Freddie Mercury Tribute Concert with Queen’s surviving members. He also played the bass to complete Mercury’s unfinished album, ‘Made in Heaven.’ His last appearance on the stage was on 17 January 1997, at the Theatre National De Chaillot, in Paris.
Major Works
John Deacon became famous worldwide for his 1980 hit, ‘Another One Bites the Dust’, which he wrote for Queen’s eighth studio album ‘The Game’. The song charted at #1 on the US Billboard Hot 100 and stayed there for three weeks. It also spent fifteen weeks on the Billboard Top Ten chart and earned a Grammy nomination.
Family & Personal Life
On 18 January 1975, John Deacon married Veronica Tetzlaff. Together, they have six children, Robert, Michael, Laura, Joshua, Luke, and Cameron. Currently, the couple lives in Putney in Southwest London.

See the events in life of John Deacon in Chronological Order 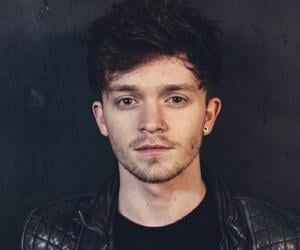