John Basilone was a United States Marine Corps Gunnery Sergeant whose heroism made him the only enlisted marine to receive both the ‘Medal of Honor’ and the ‘Navy Cross’ in the Second World War. He received the Medal of Honor for his exemplary courage above and beyond the call of duty during the battle of Guadalcanal. The Navy Cross was awarded to him posthumously for the valour he displayed in the Battle of Iwo Jima. In between the two battles, he went for bond tours to raise funds for war. He was offered a commission as an officer and a job as a gunnery instructor, but he refused both and preferred to go back to the battle field. Earlier, he dropped out of the school and joined the US army. After serving there, he was sent back home. He later joined US Marine Corps and served at Guantánamo Bay, Cuba before being sent for the Guadalcanal Campaign. At the time of his death, he was only 28 years old. William Calley
DID WE MISS SOMEONE?
CLICK HERE AND TELL US
WE'LL MAKE SURE
THEY'RE HERE A.S.A.P
Quick Facts

John Basilone was born on 4 November 1916, to Salvatore Basilone and Theadora Bencivenga. He was the sixth of the ten children of the couple.

Though, he was born in Buffalo, New York, his parents were residents of Raritan, New Jersey earlier. Two years after he was born, the family moved back to Raritan and John grew up there.

For his schooling, he went to St. Bernard Parochial School but chose to discontinue his studies before joining high school.

He got a job as a caddy at a local golf club where he worked for the next couple of years before ultimately deciding to join the US army.

Seeking adventure, John Basilone joined the US army in 1934 and in the beginning was assigned to the 16th infantry at Fort Jay, New York. He was later assigned to the 31st Infantry and served the U.S. base in Manila, Philippines.

In Manila, he emerged as a champion boxer and nurtured his leadership skills. He also discovered his skills with guns.

After his enlistment ended, he returned home and took up a job as a truck driver. However, the job did not satisfy him and he desired to go back to Manila.

Thereafter, he served at Guantanamo Bay, Cuba. After America entered the Second World War in 1941, he was assigned to 1st Battalion 7th Marines, 1st Marine Division and sent to Guadalcanal in the Solomon Islands in September 1942.

Earlier in August 1942, the US and its allied forces had captured Henderson Field airstrip on Guadalcanal from the Japanese in order to eliminate a threat to South Pacific supply lines. The Marines were sent to participate in the campaign to prevent the Japanese from recapturing the airstrip.

It was while defending this airstrip that John Basilone’s unit came under massive attack from 3000 strong Japanese Sendai Division that lodged grenades, machine gun shells and mortar fire.

John Basilone commanded two machine gun sections of about 15 men and battled fiercely for the next three days facing daunting challenges in the fight.

His men were killed and only Basilone and two other Marines were left by the end of the fight. When the ammunition became critically low, he endangered his own life and faced enemy fire to get the supplies his heavy machine gunners needed.

He placed an extra machine gun in the position, repaired a damaged one and continued to attack the Japanese forces. By the time the backup arrived, he was attacking the enemy with just a machete and a .45 pistol.

The Japanese had been defeated and their soldiers were killed in the attack. He returned home as a hero and was welcomed with parades and parties. Numerous prominent personalities – from movie stars to mayor – came to meet him. He went for war bond tours around the country in order to raise funds for war.

Though, he appreciated the love and admiration he was showered with, he desired to return to the battlefield. His superiors thought otherwise and therefore rejected his requests to go back. However, after John refused a commission as an officer and an assignment as a gunnery instructor, they finally conceded his wish.

In August 1944, just a month after his marriage, he was sent to the island of Iwo Jima as part of Charlie Company, 1st Battalion, 27th Marine Regiment, 5th Marine Division.

The US wanted to control the strategically important island and its airbase so as to eliminate the Japanese air attacks in the area and facilitate the ultimate capture of the Japanese mainland.

On February 19, 1945, the Marines landed on the island where the Japanese, first waited for and then attacked them from heavily fortified blockhouses. Despite heavy firing from the enemy, Basilone managed to reach right on the top of one of the blockhouses and singlehandedly destroyed it with grenades and demolitions.

Thereafter, under heavy fire, he once again risked his life to move a trapped Marine tank out of the enemy mine field. However, he was killed while he and three other members of his platoons were moving along the edge of the airfield and a mortar shrapnel hit them. He was only 28 years old then.

The invasion of Iwo Jima continued for five weeks; however, his action proved pivotal for the Marines to get off the beach in the beginning stage of the invasion.

For his bravery and actions in Guadalcanal during the Battle for Henderson field, he was honoured with United States military's highest award for valour, the Medal of Honor.

His exceptionally courageous actions at Iwo Jima was recognised with Marine Corps' second-highest decoration for valour, the Navy Cross. He also received the Purple Heart Medal, the US military decoration awarded in the name of the President.

In 1949, the United States Navy commissioned a Gearing-class destroyer, USS Basilone (DD-824) named after him. The ship launched in 1945 was sponsored by his wife Lena.

Moreover, to honour him military locations, streets, highways, bridges residential apartment and high school football field have been named after him.

In his hometown, Raritan, an annual memorial parade is held in his honour. The parade, held since 1981, is the pride of the town and attracts a large number of spectators.

In 2005, he was amongst the four Marine Corps heroes in whose honour the U.S. Postal Service issued the Distinguished Marines stamps.

He was inducted into New Jersey Hall of Fame six years later, in 2011.

The 1967 movie, First to Fight,was loosely based on his life.

In 1943, at Camp Pendleton, California, John Basilone met Lena Mae Riggi - a Sergeant in the Marine Corps Women's Reserve. The two fell for each other and wedded in July 1944.

After his death in Iwo Jima, he was buried in Arlington National Cemetery.

See the events in life of John Basilone in Chronological Order 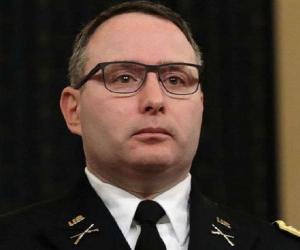