Advanced Search
James Beeland “Jim” Rogers, Jr. is a Singapore based business magnate of American origin. Regarded by the business world as a brilliant investor, Rogers is also an author and financial commentator. He co-founded the global investment partnership, Quantum Fund, along with George Soros, another equally brilliant businessman. He also created the Rogers International Commodities Index (RICI) and is the Chairman of Rogers Holdings and Beeland Interests, Inc. The astute businessman displayed his business acumen from an early age. He was just five years old when he started his own “business” of selling peanuts! He studies economics, philosophy and politics at the Oxford University and joined the investment bank Arnhold and S. Bleichroder where he would meet his future business collaborator, George Soros. Even though he was very skilled at investing and managing money, he was not obsessed only with making money. There is a lot more to this interesting personality—he had a longstanding dream of motorcycling all over the world which he fulfilled during the period 1990-92. He is also a prolific writer and contributes frequently to ‘The Washington Post’, ‘The New York Times’, ‘Forbes’, ‘Fortune’ and ‘The Wall Street Journal’. One of his other interests is teaching and he has served as a professor of finance at the Columbia University Graduate School of Business. Rishad Premji
DID WE MISS SOMEONE?
CLICK HERE AND TELL US
WE'LL MAKE SURE
THEY'RE HERE A.S.A.P
Quick Facts 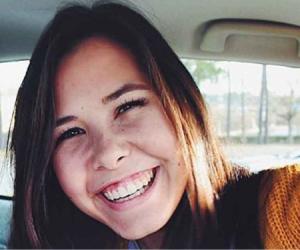 American People
The University of Oxford
Libra Entrepreneurs
American Entrepreneurs
Libra Men
Childhood & Early Life
Jim Rogers was born in Maryland and spent his childhood in Alabama. His father, James Beeland Rogers was a plant manager at a chemical factory.
Young Jim displayed a knack for business early on—his first endeavor included selling peanuts and picking up empty bottles left behind by fans at baseball games.
After his schooling he went to Yale University from where he graduated with a degree in history in 1964. He then went to Balliol College, Oxford University to pursue a second BA degree. He earned his degree in Philosophy, Politics and Economics in 1966. 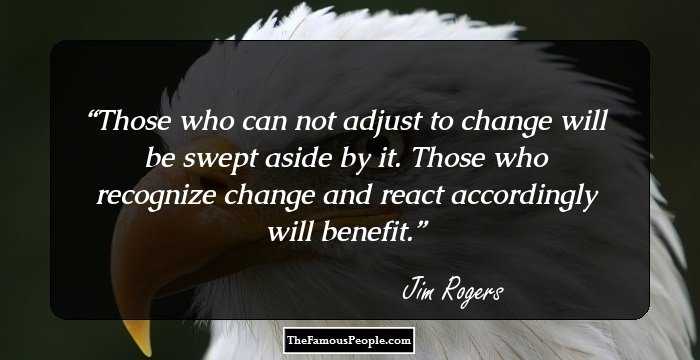 Quotes: Change, Will
Continue Reading Below
Career
He joined the investment bank Arnhold and S. Bleichroder in 1970. Here he met George Soros with whom he would later enter into business ventures.
Both the men left the bank in 1973 to found the investment fund, Quantum Fund.Over the next few years their business prospered. It was one of the few hedge funds in the country at that time and was highly successful.
Rogers was very passionate about the investment market and through his tireless efforts he made Quantum Fund one of the first truly International Funds. He decided to retire in 1980, at the age of 37, to pursue his other passions. He began to manage his own money and started investing in commodities and stocks all over the world.
He loved riding motorcycles and spent time traveling around the world. During his trips abroad, he learnt a lot about how the stock markets function in different countries and was able to invest his portfolios in a wise manner.
His worldly knowledge about stocks and success in the investment business earned him credibility as an economist. He served as the moderator of WCBS’ ‘The Dreyfus Roundtable’ and FNN’s ‘The Profit Motive with Jim Rogers’ in 1989 and 1990.
He had a lifelong dream of riding across the world, and from 1990 to 1992 he undertook a world trip on motorcycle covering over 100,000 miles across six continents. He recorded this adventure in the book ‘Investment Biker’.
He founded the Rogers International Commodity Index in 1998. After nine years, the index and its sub-indices were linked to exchange-traded notes under the banner ELEMENTS.
The travel bug again bit the investor and he started off on another world tour in January 1999. This time he traveled through 116 countries and covered 245,000 kilometers in a custom made Mercedes. He returned home after three years in January 2002. He chronicled this trip in the book ‘Adventure Capitalist’ which became a bestseller.
He regularly started appearing on Fox News’ ‘Cavuto on Business’ from 2002. He was also invited to appear on other financial shows. His book, ‘Hot Commodities: How Anyone Can Invest Profitably in the World's Best Market’ was out in 2005.
Previously he was living in New York City but shifted to Singapore in 2007. He felt that Asian markets offer better investment potential and thus made this move.
In 2011, he started a new index fund called The Rogers Global Resources Equity Index which focuses on the top companies in agriculture, mining, metals, and energy sectors. 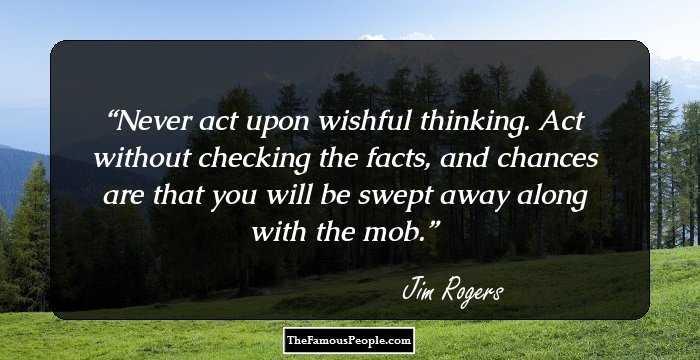 Quotes: You, Never, Will
Major Works
He co-founded the Quantum Group of Funds, a privately owned hedge funds based in Netherlands with fellow businessman George Soros. The fund was very successful and paid back Rogers enough money to pursue his other passions.
Personal Life & Legacy
He has been married thrice. His first marriage was to Lois Biener in 1966. The couple divorced after three years. His second marriage to Jennifer Skolnick in 1974 was also short-lived.
He is currently married to Paige Parker, a much younger woman. The couple has two children. 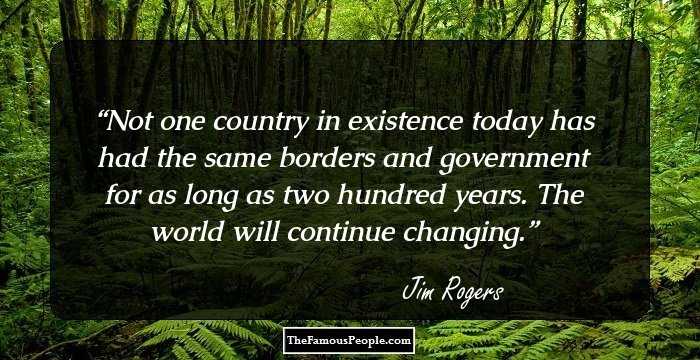 Quotes: Will
Trivia
This world famous investor became a first-time father at the age of 60!

See the events in life of Jim Rogers in Chronological Order 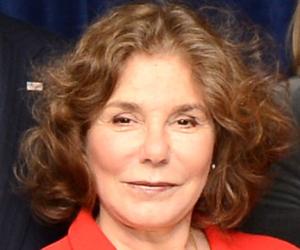