Jentzen Ramirez is an American actor and internet sensation. As an actor, he is best known for appearing in feature films and short movies. Best recognized for starring in the 2017 feature movie ‘The Lurking Man,’ he is one of the most sought-after young artists in the industry. Although he has acted in just a few projects, he has already managed to earn many awards, including the Best Child Actor Award at the 2017 Actors Awards. Born and raised in Austin, Ramirez grew up with a sister who is also an actress. His rendezvous with acting came in 2014 when he landed a role in the movie ‘Una Vida: A Fable of Music and the Mind’. Since then, he has continued to act in both small and big-budgeted projects. Ramirez is also a successful YouTuber who is known for posting 24-hour challenge videos and other entertaining vlogs. He is a trained martial artist as well and also loves to perform acrobatics. Malachi Barton
Actors #10674
Film & Theater Personalities #25240
DID WE MISS SOMEONE?
CLICK HERE AND TELL US
WE'LL MAKE SURE
THEY'RE HERE A.S.A.P
Quick Facts

American People
Leo Actors
Child And Teen Actors
American Actors
American Film & Theater Personalities
Rise to Stardom
Jentzen Ramirez started his acting career in 2014 with a role in the movie ‘Una Vida: A Fable of Music and the Mind’. Directed by Richie Adams and starring Joaquim De Almeida and Sharon Lawrence, the flick is about a renowned neuroscientist who strives to find the lost son of a talented singer suffering from Alzheimer's disease.
In 2016, Ramirez was cast in the short film ‘Star Wars: Generations.’ The movie, written and directed by Don Bitters III, features many popular stars, including Jason Tobias and Jack E. Curenton. It is about a boy and his grandfather, who, with their imagination, take the viewers to a faraway galaxy.
In 2017, the actor did ‘The Lurking Man’, a horror flick about a lady battling addiction who is given an opportunity to redeem herself if she agrees to take Death's offer. The movie was a hit, and it earned Ramirez the Best Child Actor Award at the 2017 Actors Awards function.
Besides being an actor, Ramirez is also a popular YouTuber. He launched his self-titled channel on July 29, 2019. His first video was ‘Runaways’ featuring him and his pals doing a fight scene. He then started posting his challenge videos and came with up interesting content like “24-Hour Challenge” and “Last to Challenge” vlogs. Although Ramirez is new to YouTube, he has already earned over 300k subscribers on the platform.
He is also an active Instagram user who has amassed over 300k followers on the video and image-sharing platform.
You May Like

Leo Male
Continue Reading Below
Family & Personal Life
Jentzen Ramirez was born on August 8, 2006. He was raised in Austin, Texas, the United States. He has a sister named Liana who is an actress and choreographer. Liana is known for appearing in the movie ‘Power Rangers: Beast Morphers’. As a dancer, she finished as a “top 15 contestant” on Disney Channel's ‘Make Your Mark Dance Contest.’
Jentzen Ramirez loves to perform acrobatics and stunts. He is trained in martial arts as well. He loves to travel. He is very close to his family members and prioritizes spending quality time with them. He considers himself to be a good influencer. 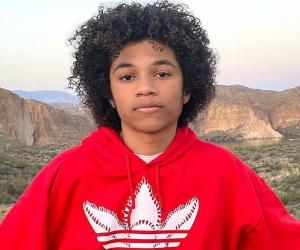 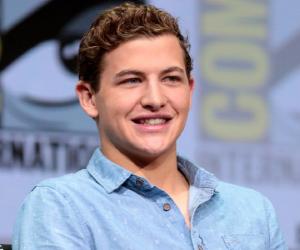