Jayne Torvill is an English former ice dancer, best known for winning a gold medal at the Sarajevo Winter Olympics in 1984, along with her ice-skating partner, Christopher Dean. Jayne initially worked at an insurance company. However, ice skating had been her passion since childhood. She paired up with Christopher in 1975. In 1978, the pair won the British national championship and earned a sponsor. Soon, both of them left their day jobs and focused on a full-time career in ice skating. At the Sarajevo Winter Olympics in 1984, the pair won the gold medal and also secured a perfect 6.0 for artistic impression from each of the judges. In the 1994 Winter Olympics in Lillehammer, the pair won a bronze. Following this, they participated in various dance tours and shows, including their own show, Ice Adventures. They retired from competitive ice skating in 1998 but reunited for a performance on the show Dancing on Ice in 2006. Jayne and Christopher have received several honors, such as the OBE and the MBE. Jayne now lives in East Sussex with her husband and two adopted children. Monika Dannemann
DID WE MISS SOMEONE?
CLICK HERE AND TELL US
WE'LL MAKE SURE
THEY'RE HERE A.S.A.P
Quick Facts

Jayne Torvill was born on October 7, 1957, in Clifton, Nottingham, England, to George and Betty Torvill. She attended the Clifton Hall Girls' Grammar School.

Initially, she had taken up a job as an insurance clerk at Norwich Union. However, she had been interested in ice skating since childhood.

She first got addicted to ice skating at the tender age of 8, when she visited a local ice rink.

Continue Reading Below
Skating Career and Partnership with Christopher Dean

In 1971, when she was 14, Jayne Torvill and her ice-skating partner Michael Hutchenson became the British National Pairs champion.

Following this, she split from Michael and skated solo for a while. She was coached by trainers such as Betty Callaway and Janet Sawbridge.

In 1975, she teamed up with her new ice-skating partner, Christopher Dean. He was a police constable in Nottingham. Both of them were well-known ice skaters by then. Dean had already won a British junior ice-dance championship.

At the Sarajevo Winter Olympics in 1984, Jayne and Christopher amazed the audience with their free-dance version of Maurice Ravel’s Boléro. The performance helped them earn a gold medal and become the highest-scoring skating pair of all time for a single contest.

They also secured twelve perfect scores of 6.0 and six 5.9s. The score included a 6.0 for artistic impression from each of the nine judges.

With an audience of over 24 million people, the event was one of the most-watched sporting events in the history of British TV. Much later, in 2002, according to a Channel 4 poll in the U.K., the British public voted the performance as the eighth on the list of the 100 Greatest Sporting Moments.

According to the Olympic Committee rules back then, Jayne and Christopher were not eligible to participate in Olympics again, because of their “professional” status. However, in 1993, the International Skating Union declared a slight change in rules.

In 1994, the pair was thus allowed to participated in the Winter Olympics held in Lillehammer, Norway. The judges there, however, declared some of the duo’s moves illegal. Jayne and Christopher were thus penalized and had to settle for a bronze medal.

Following this, the pair was seen on various dance shows, some of them being their own tours. They also choreographed many shows. In 1998, the duo retired from competitive skating, after touring for the last time with their own skating show, Ice Adventures.

They were also seen in Stars on Ice, their last performance on the show being a dance set to Paul Simon's Still Crazy After All These Years. After a 7-year break, in January 2006, they were seen together again on the ITV show Dancing on Ice.

In February 2014, Jayne and Christopher visited Sarajevo to attend the 30th anniversary of the 1984 Olympics. There, they recreated their ice dance in the same arena where they had won the gold.

With Christopher, Jayne has written a combined autobiography named Torvill & Dean: The Autobiography of Ice Dancing's Gold Medal Winners. Along with John Man, the duo has written another book, titled Facing the Music.

On April 28, 1983, Jayne Torvill was made an Honorary Freeman of the City of Nottingham. The following year, BBC declared Jayne and Christopher the network’s Sports Personalities of the Year.

According to the 1981 Queen's Honours List, both Jayne and Christopher received the honor of the Member of the British Empire (MBE). In 1989, the pair was inducted into the World Figure Skating Hall of Fame.

The pair also received honorary Master of Arts degrees from the Nottingham Trent University in 1993. The German Federation honored them in 1995 for their sporting excellence.

According to the 2000 Queen's Millennium (New Year) Honours list, Jayne and Christopher both received the title of the Officer of the Order of the British Empire (OBE). In 2012, they became ambassadors of the European Figure Skating Championships held in Sheffield, England.

In September 1990, Jayne Torvill got married to Phil Christensen. Phil is a sound engineer.

The couple has two adopted children, a son named Kieran and a daughter named Jessica. The family lives in East Sussex.

In 2013, Jayne revealed that she had tried a lot to conceive. She also said that she had earlier suffered an ectopic pregnancy and had then undergone a year-long IVF treatment.

However, when all treatments failed to help her conceive, a friend of hers convinced her to opt for adoption.

Jayne’s fans have often romantically linked her with her skating partner, Christopher. Many had earlier even mistaken them to be a married couple. However, the duo has dismissed all such rumors.

Christopher now lives with his partner Karen Barber in Colorado Springs. Nevertheless, Christopher’s first wife, skater Isabelle Duchesnay, who was married to him from 1991 to 1993, had once described Jayne as “the third person in my marriage.”

In 2013, Christopher admitted in an interview that he and Jayne had kissed each other on a work trip once. However, he also added that their romance did not flourish.

The 2018 biopic named Torvill & Dean showcased the lives of Jayne and Christopher. The movie featured Poppy Lee Friar as Jayne.

See the events in life of Jayne Torvill in Chronological Order 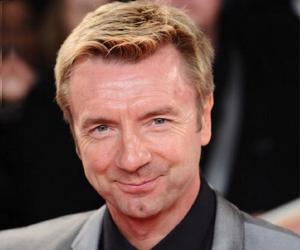