DID WE MISS SOMEONE?
CLICK HERE AND TELL US
WE'LL MAKE SURE
THEY'RE HERE A.S.A.P
Popularity Index
YouTubers #299
Gamers #52
Aparri
Quick Facts 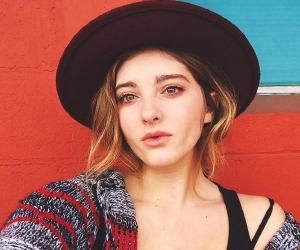 Willow Shields
Aparri is probably the most popular Animal Jam gamer of all time! Within a span of only a few months he gathered a decent number of subscribers on YouTube. At present he has over 290K subscribers with millions of views for his 420+ videos. This mysterious gamer didnot reveal his real identity until very recently; thus he has plenty of people stalking his other social media accounts to get a glimpse of the real ‘Aparri.’ He collaborates with other gamers for his YouTube videos and jams. His content intrigues his fans and keeps them always on their toes for his latest jams. He has 86K followers on Instagram and more than 9K followers on Twitter considering that he recently signed up on these sites.

American Men
Massachusetts YouTubers
Male Youtubers
American Gamers
The Meteoric Rise to Stardom
In 2015, he launched his YouTube channel ‘Aparri’ with a video titled ‘Welcome to my channel.’ Prior to this, he had uploaded videos on the channel ‘7AJ’in 2014, which he removed from YouTube and re-launched his channel with a different name ‘Aparri.’ The second channel gained him more fame and within a month he had crossed 50K subscribers. It’s been a year and his subscribers are growing by the day; he has almost reached the 300K benchmark and he hopes to get half a million subscribers soon. His ‘Animal Jams’ are unique and creative. The ‘National Geographic’ has partnered with the game, as it is very educational. It allows children to play the animal they choose to be and learn about the ecosystem and more about animals. In the game videos,Aparri partners with other players such as Bruizer, Wisteriamoon, Julian2 and Bepper. He has been playing Animal Jam since itsbeta days in 2012 and has mastered jamming. He jams very often and regularly keeps his viewers and fans posted by uploading more than two videos a week.
Recommended Lists:

The Best WWE Wrestlers Of The 1990s
Continue Reading Below
What Makes Aparri So Special
Well that would certainly be his cute voice!Before one had seen who Aparri was, all his fans recognized him only by his voice. In July 2016 he posted a video on YouTube titled ‘PO Box Opening’ where he opened mails from his fans. It turned that that his fans weren’t wrong, sixteen-year-old Aparri is a heartthrob! He is lean, tall and cute and has an innocent smile. Since then he has appeared in a number of videos.He is energetic and lively and so are his animal jams. Innovate and smart, he is one of the most loved Animal jammers amongst the AJ community itself. That certainly speaks volumes as he is credited with possessing great talent and skill. Unlike other jammers he also creates animal ‘Vines.’ The content is so hilarious and his comic timing is impeccable. He shares a great rapport with his fellow gamers; he doesn’t compete with them, but simply tries to better himself. He encourages new jammers and also provides them with tips to get better.
Recommended Lists:

Beyond Fame
He hangs out most of the time with fellow Animal jammers such as Wisteriamoon and Julian2. The three of them are best friends and end up having a blast together. He is attending regular school and juggles between completing his school assignments and uploading videos. In his spare time he loves creating memes as well. He loves munching, his favorite all time snack is ‘Purple Doritos’ and his favorite color is red.

Behind The Curtains
Born in the United States, Aparri is currently studying in high school. Not much is known about his parents, but we have seen his younger sister, Sarah. She is also an AJ gamer and is steadily gaining popularity. As siblings, both of them are very close and mostly hangout together and have the same friends. Aparri isn’t dating anyone, though rumors were rife that he was dating his best friend Wisteriamoon, until word spread that she was dating theirmutual friend Julian2. Thus, he is single but is so occupied having a blast on Animal Jam and keeping his YouTube channel updated that he doesn’t seem interested in dating anyone currently. His fans send him mails and gifts through his PO Box and he is grateful for the love his supporters shower on him. On the other hand he is also disliked by other jammers who try to bring him down but he doesn’t let their petty remarks affect him. He has plenty of talent to transform the ordinary into something extraordinary and versatile, thus has a bright future ahead!
Trivia
His younger sister is also an ‘Animal Jam’ gamer and is known by the name Bepper on the game.