Jack Buck, best known as the former voice of St. Louis Cardinals, was one of America’s most loved sportscasters. Drafted into the U.S. Army, he was awarded the Purple Cross for his distinguished service in World War II. He began his broadcasting career calling Cardinals’ games for KMOX radio along with Harry Caray, Milo Hamilton and Joe Garagiola and became the team’s main play-by-play caller later. He had a great partnership which spanned nearly three decades with Mike Shannon. As a Cardinals fan, there was an extra zeal in his voice when he called “That’s a winner!” when the team won. But his most memorable calls were "Go crazy, folks!", and “We’ll see you tomorrow night!” His calls were spontaneous, sincere and humorous. Apart from baseball, he was a caller for many other sports. He called National Football games, and along with Hank Stram, was the radio voice of Monday Night Football. He called 16 Super Bowls and did the play-by-play for one. He was the voice of the St. Louis Blues of the National Hockey League. He has also covered a Stanley Cup final for radio. He was honored with many awards, including the Ford C. Frick Award and the Pete Rozelle Radio-Television Award. 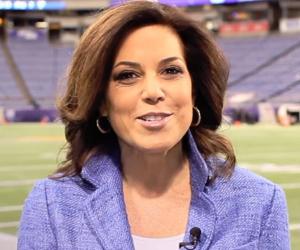 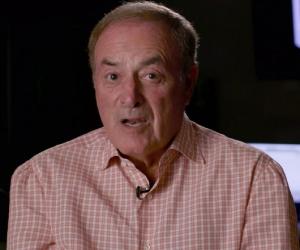 American Celebrities
American Men
Male Media Personalities
American Media Personalities
Leo Men
Childhood & Early Life
Jack Buck was born to Kathleen and Earle Buck, a railway accountant. He was the third of seven siblings. The family suffered during the Great Depression, and found life particularly difficult during winters.
In 1939, the family joined Earle in Cleveland where he was an employee of Erie Railroad, but lost him to uremic poisoning. Jack completed his high school from Lakewood High School. 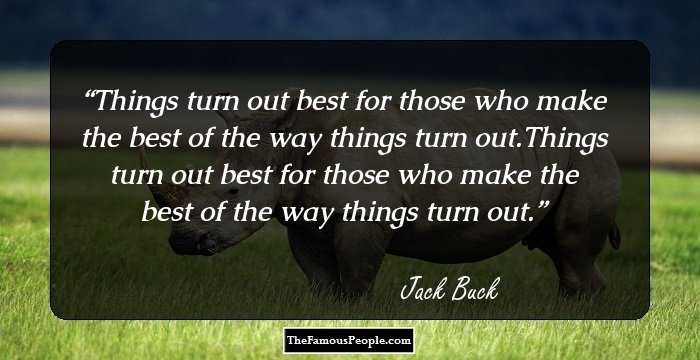 Who Is The Most Popular BTS Member?
Career
In 1942, Jack Buck began working on a steamer performing various jobs including that of a porter and cook. His color blindness rendered him ineligible to be a deck watch.
He entered the U.S Army in 1943 and following the stipulated basic training, he became an instructor in the rank of corporal. He was posted to the 9th Infantry Division two years later.
In 1945, he saw action in the Battle of Remagen on the German front and shrapnel wound confined him to an Army Hospital in France. He was sent home after he refused to re-enlist.
He attended the Ohio State University, majoring in radio speech. During his university days, he honed his commentary skills with his play-by- play broadcast for the university basketball games.
In 1950, he became the announcer for the Columbus Redbirds, an affiliate of the St. Louis Cardinals. Two years later, he began working for WBNS-TV in Columbus.
In 1953, he was noticed as the voice of the Rochester Red Wings, a top minor league affiliate of the Minnesota Twins, and an International League team.
He joined the broadcast team of the Missouri-based St. Louis Cardinals, for the 1954 season. This Major League Baseball competitor’s broadcasting team consisted of Harry Caray, Milo Hamilton, Joe Garagiola and Buck.
After the 1959 season, he was removed from the Cardinals broadcasting team. He teamed with Carl Erskine, in the next season, to announce late-afternoon Saturday games for ABC’s Game of the Week telecasts.
When Buddy Blattner, his replacement in the Cardinals left in 1961, he was hired again. Garagiola and Caray left the team by the end of the decade. He became the team's chief play-by-play commentator.
Continue Reading Below
For four years, he called American Football League games for ABC. In 1964, he began calling National Football League’s Chicago Bears games, and two seasons later, the Dallas Cowboys games, for CBS.
Associated with the National Hockey League as the voice of the St. Louis Blues, he teamed with Jay Randolph and Gus Kyle, to cover the Stanley Cup Final for KMOX radio in 1968.
The ex- Pittsburgh Pirates announcer, Jim Woods, joined the Cardinals taking the No. 2 spot in the announcing team, in 1970–71. But Woods left the team after the season, owing to differences with Buck.
In 1972, Mike Shannon, the retired Cardinals third baseman, joined him in the broadcast booth and took the subsidiary role. The pair got along well and forged a partnership which continued for 28 years.
He hosted the GrandStand, the first official NFL pregame show on NBC in 1975. It was meant as an answer to the popularity of ABC's pregame program Wide World of Sports.
In 1976, he called the first NFL game played outside the United States. It was an exhibition game between the St. Louis Cardinals and San Diego, held at Korakuen Stadium in Tokyo, Japan.
He paired with Hank Stram to be the voice of CBS Radio’s Monday Night Football, from 1978 and 1995. He also worked as a part-time radio broadcaster for the football Cardinals.
One of his last public appearances was in 2001, at the Busch Memorial Stadium in St. Louis, six days after the terrorist strike of September 11. He read out an emotionally charged patriotic poem.
Cardinals’ Ozzie Smith’s winning home run during Game 5 of the 1985 National League Championship Series against the Los Angeles Dodgers elicited from Jack Buck, the unforgettable call, "Go crazy, folks!".
Continue Reading Below
In the 1991 World Series, as Atlanta Braves led Minnesota Twins 3-2, Kirby Puckett’s last minute home run forced Game 7. Buck’s call, “We’ll see you tomorrow night!” is still cherished by baseball fans. 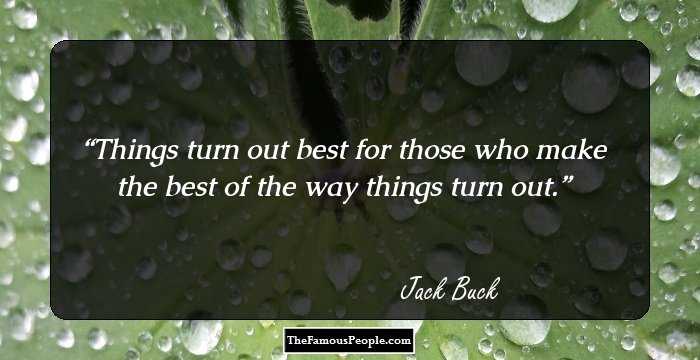 Awards
Buck was presented the Ford C. Frick Award by the National Baseball Hall of Fame in 1987, and the Pete Rozelle Radio-Television Award by the Pro Football Hall of Fame.
He was inducted to the Missouri Sports Hall of Fame in two categories – media personality and sports legend. He was inducted to The National Sportscasters and Sportswriters Association Hall of Fame in 1990.
He was awarded a star on the St. Louis Walk of Fame, while a bronze statue of him stands at the entrance to Busch Memorial Stadium since 1998.
Personal Life & Legacy
After divorcing Alyce Larson in 1969, he married Carole Lintzenich. He has three sons, Jack, Jr., Dan and Joe Buck and four daughters, Beverly, Christine, Bonnie, Betsy and Julie, from his two marriages.
He was suffering from lung cancer and Parkinson's disease at the time of death. He was interred at Jefferson Barracks National Cemetery in south St. Louis County as shocked fans mourned the broadcaster’s death. 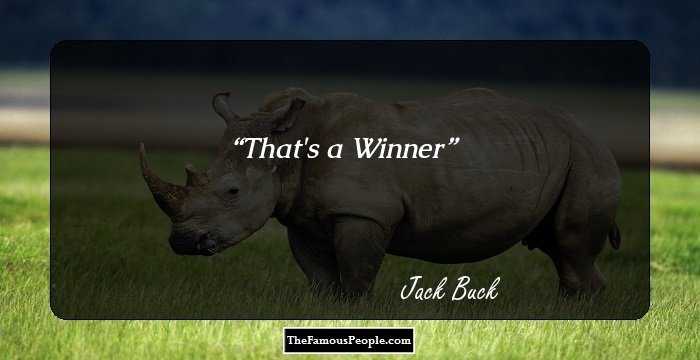 Trivia
Two other baseball personalities, broadcaster Lindsey Nelson, and American Major League pitcher, Warren Spahn, were also wounded, like this broadcaster, in the battle of Remagen during WWII.
This broadcaster's son Joe, also a broadcaster, often signs off with "We'll see you tomorrow night!"as a tribute to his father’s memory.
You May Like

See the events in life of Jack Buck in Chronological Order 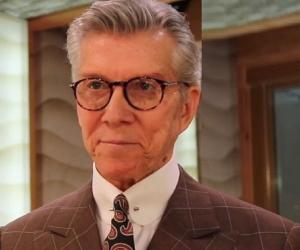