Ingrid Bolsø Berdal is a Norwegian actress, singer and film producer. A megastar in her native country, Berdal crossed the boundaries to become a global star. After starting her career in Norway and working in a string of Norwegian films, she made her mark in Hollywood with movies such as 'Betrayal', 'Chernobyl Diaries', Hansel & Gretel: Witch Hunters' and 'Hercules'. What’s more, after making her mark as a versatile actress in theatre, television and films, she has stretched her creative career to singing and now movie production as well. Berdal is truly an entertainment giant, if one may say so. Her poise, grace and natural charm in front of camera captures viewers’ hearts instantly. Apart from acting, Berdal is a trained musician and plays bass in a hard rock band. She is also a PADI certified scuba diver. She has taekwondo and kick-boxing training as well. A sports enthusiast, Berdal loves playing football, volleyball, basketball and handball. 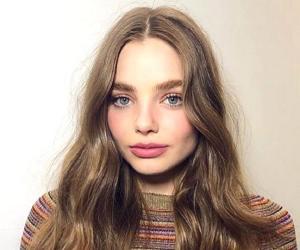 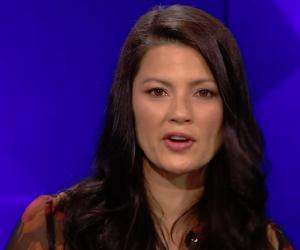 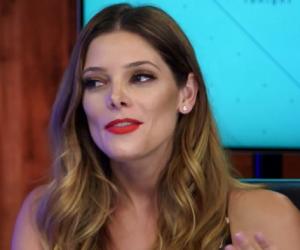 Tami Roman
Actresses #2234
Film & Theater Personalities #5641
Continue Reading Below
DID WE MISS SOMEONE?
CLICK HERE AND TELL US
WE'LL MAKE SURE
THEY'RE HERE A.S.A.P
Quick Facts

Norwegian People
Pisces Actresses
Norwegian Actresses
Actresses Who Are In Their 40s
Women Film & Theater Personalities
The Meteoric Rise to Stardom
Ever since a child, Ingrid Bolsø Berdal wished to become an actor. And rightly so, she achieved this dream through her dedicated effort and committed approach. Berdal’s first big break as an actor came when she was in Oslo in her second year at Oslo National Academy of the Arts. She was roped in for the role of Sofia in ‘Platonov’ and the titular role in ‘Antigone’. After a thunderous response, Berdal forayed further playing a lead role in ‘The Girl in the Name’ and ‘Hedda Gabler’ in her third year.
Following her graduation, Berdal became a regular at the Norwegian Theatre. Her amazing talent earned her the prestigious Hedda Award for Best Debut of the Year. The period of stay at Norwegian Theatre brought out the best in Berdal. Interestingly, she did not typecast her roles and was seen playing both contemporary and classic plays with the same ease and comfort level. Some of the notable theatrical roles that she beautifully portrayed include as Sasha in ‘Ivanov’, Shura in ‘Black Milk’ and title role in ‘Yvonne, Princess of Burgundy’. In 2010, Berdal gave a stirring performance in ‘The Experiment’ and soon followed it with ‘Froken’ and ‘Baby’.
Having made her foothold in theatre, Berdal spread her acting wings further as she jumped on to the medium of television and films. Concurrently while doing stage shows, Berdal took to television with shows such as ‘Codename Hunter’ and ‘Eve and Adam’. She made her breakthrough in films with the short movie ‘Limbo’ in 2005.
In 2006, she bagged a lead role in the super hit film ‘Cold Prey’. The film earned her the Amanda Award for Best Actress. She later reprised her role for the sequel, ‘Cold Prey 2’. The resounding success of her film career early on brought Berdal a plethora of offers and projects for both television and films. Some of her recently done television sitcoms include ‘Hellfjord’ in 2012 and ‘Westworld’ in 2016.
Berdal was also seen in successful Hollywood movies such as ‘Hercules’ playing the sole female warrior, ‘Hansel & Gretel: Witch Hunter’ and ‘Chernobyl Diaries’. Her upcoming projects include ‘Women for Large Men’s Shirts’ and ‘The Absence of Eddy Table’.
You May Like

Norwegian Film & Theater Personalities
Norwegian Female Film & Theater Personalities
Pisces Women
Continue Reading Below
Behind the Curtain
Ingrid Bolsø Berdal was born on March 2, 1980 in Utoy, Inderoy, Norway. She demonstrated an early interest in music, acting and singing. It was due to her passion for music that Berdal was enrolled at the Inderoy High School of Music. Graduating from high school, she carried on her music learning and enrolled at the University of Trondheim for a degree in music education. While at the university, she meticulously studied jazz and improvisation and took singing classes. Upon completing university education in two years, Berdal moved to national capital, Oslo where she took admission at the prestigious Oslo National Academy of Arts.
She has successfully kept her personal life in wraps. Not much is known about her her love life and marital status. 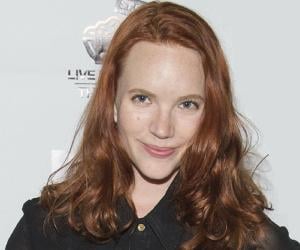