Idina Menzel is an illustrious American actress, theater personality, singer and songwriter, who came to limelight by portraying the lesbian persona of Maureen Johnson in ‘Rent’—a Broadway musical. She also featured in the musical’s movie adaptation, re-enacting the character of Maureen Johnson. She bagged a ‘Tony Award for Best Actress in a Musical’ for her poignant depiction of Elphaba in ‘Wicked’, a musical co-composed by Winnie Holzman and Stephen Schwartz for Broadway. She has garnered encomiums from fans as well as critics for illustrating Shelby Corcoran in ‘Glee’—a musical comedy drama TV series. That she was a refined singer was established when Hollywood Records released her debut solo album ‘Still I Can’t Be Still’, and she entrenched her crooning skills with the unveiling of records including ‘Here’, ‘I Stand’, and ‘Idina’. She has also appeared in a string of Hollywood movies, notable amongst these being ‘Enchanted’, ‘The Tollbooth, ‘Water’, and ‘Frozen’. However, winning a Grammy for lending her vocals to a song “Let It Go” for the original soundtrack of the Disney movie ‘Enchanted’ has been the crowning glory in her career till date. The song which also won the Academy Award as well as several other awards was Idina’s first and only single to finish at number 5 on Billboard Hot 100 chart. 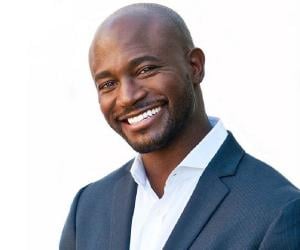 American People
American Women
New Yorkers Actresses
Gemini Singers
Women Singers
Childhood & Early Life
Idina Menzel was born as Idina Kim Mentzel in Syosset hamlet of New York on 30 May 1971. She grew up in Syosset and went to Syosset High School. She graduated from ‘Tisch School of the Arts’ affiliated to New York University, receiving a BFA degree with a major in Drama.
Following the split-up of her parents, Idina was who 15 then, began performing as a Bat Mitzvah and wedding songstress to make ends meet as well as to fund her university education. Eventually, she dropped the‘t’ in her surname, Mentzel, in order to make the pronunciation of her name easier.
Continue Reading Below
You May Like

Famous Beautiful Women With Green Eyes
Career As a Theater Artist
Idina Menzel debuted at Broadway by successfully auditioning for the role of Maureen Johnson in the musical theater ‘Rent’ in 1995. She earned a Tony Award nomination for her role in ‘Rent’ and appeared as Maureen Johnson for the last time on 1st July, 1997.
Riding on the popularity of the Broadway musical, Menzel launched her debut album ‘Still I Can’t Be Still’ which was promoted by Hollywood Records. She was also part of the original cast of ‘Summer of ‘42’, ‘Hair’ and ‘Aida’.
She was nominated for a Drama Desk Award for depicting Kate in the off-Broadway musical theater ‘The Wild Party’. She has also performed in numerous other off-Broadway productions, notable amongst them being ‘The Vagina Monologues’ and ‘See What I Wanna See’.
Idina co-starred with actress-cum singer, Kristin Chenworth, in the theatrical adaptation of ‘Wicked: The Life and Times of the Wicked Witch of the West’—a novel penned by Gregory Maguire. She won the 2004 Tony Award in the category ‘Best Leading Actress in a Musical’ for enacting Elphaba, the protagonist of ‘Wicked’.
Menzel repeated her act as Elphaba when ‘Wicked’ was staged at Apollo Victoria Theater in the West End area of London in 2006. Idina was the most expensive female performer for the entire 3 months the show ran on West End, amassing a cool $30,000 every week.
Idina returned to Broadway in early 2013 featuring in the musical ‘If/Then’ where she played out the character of Elizabeth. This Broadway musical which premiered at National Theater in Washington D.C. began staging in theaters from March 30, 2014 onwards.
She received her 2nd Tony Award nomination for her performance in ‘If/Then’ but ultimately lost out to Jessie Mueller. When the musical was being staged across theaters in different states during a National Tour, she performed as Elizabeth in seven consecutive showings before bowing out for good.
Music Career
Idina gave her debut public performance as singer at the ‘Lilith Fair’ concert in 1998. She recurrently performs in New York City during her nationwide tours. Her first solo record ‘Still, I Can’t Be Still’ was released in 1998 by Hollywood Records.
She released her second record, ‘Here’, independently in 2004 which was endorsed by Zel Records. She featured on the soundtracks of ‘Desperate Housewives’ and ‘Beowulf’, released in 2005 and 2007 respectively. She also sang a duet “What If’ with Rhydian Roberts, the Welsh baritone songster.
Continue Reading Below
Idina unveiled another solo album, ‘I Stand’, her third record, in 2008. The album featured several new tracks and opened at number 58 on Billboard 200 and was her debut album to rank on the chart. Majority of the songs included in the album were composed by her.
On 1 April 2008, Menzel embarked on a musical tour to promote ‘I Stand’ and the first four stops were complete sellouts. She sang the title track from the album during Macy’s Thanksgiving Day Parade in November 2008.
On 19 July 2010, Idina crooned “What I Did for Love” and “Defying Gravity” in a Broadway event held in White House where President Barack Obama and his wife, Michelle Obama were present. Earlier in 2010, she had embarked on a concert trip titled ‘Barefoot at the Symphony Tour’.
She launched her fourth album, ‘Holiday Wishes’, on 14 October 2014. The album peaked at the 10th spot on the Billboard 200 making it her top charting record.
During the 2014 Billboard Women in Music award ceremonial, Idina was bestowed with the ‘Breakthrough Artist Award’.
On 23rd September 2016, Menzel launched her eponymous fifth album ‘Idina’.
Film & TV Career
Idina’s received a good opportunity to demonstrate her acting skills on the big screen in 2005 when she received an offer to reenact Maureen Johnson in the movie version of the Broadway musical ‘Rent’. Previously, she had played bit roles in films like ‘Tollbooth’, ‘Just a Kiss’, ‘Kissing Jessica Stein’, and ‘Water’.
She played the part of Nancy Tremaine in the movie ‘Enchanted’ in 2007. She recurrently guest starred as Shelby Corcoran in the TV series ‘Glee’. She came back to perform in the third season of ‘Glee’ for the episode ‘I am Unicorn’ where she played the role of a teacher.
Idina carved her name permanently in the hallowed portals of Hollywood when she portrayed Elsa in ‘Frozen’—an animation movie—in 2013. The movie went on to gross about $1.3 billion in global box office proceeds making it the most successful animation film ever. Menzel’s performance was acclaimed by film critics. She also won a Grammy Award for the film’s soundtrack.
Major Works
Idina Menzel in her professional career spanning over 2 decades has performed in numerous Broadway and off-Broadway productions, films, TV series as well as released a host of indie and studio albums. She’ll be long reminisced for her performances in ‘Rent’, ‘Wicked’, ‘If/Then’, ‘Enchanted’, ‘Frozen’, ‘Glee’ and ‘Julie’s Greenroom’.
Awards & Achievements
In 2003, she won the Tony Award for Best Actress in a Musical for her performance in the Broadway musical 'Wicked'.
In 2014, her song "Let It Go" for the movie 'Frozen', won an Academy Award and a Grammy Award and was nominated for a Golden Globe Award.
Personal Life & Legacy
Idina Menzel married actor Taye Diggs on January 11, 2013. The couple had a son, Walker Nathaniel Diggs, on September 2, 2009. Idina and Taye got divorced on December 3, 2014.
She is in a relationship with actor Aaron and the two got engaged on September 23, 2016.

See the events in life of Idina Menzel in Chronological Order