Henry Gallagher is a young English singer and lyricist. He rose to fame after performing a self-composed song in the audition of 'Britain’s Got Talent' (BGT). His charm, stage presence, and soulful voice not only impressed the judges but also swept the entire nation off its feet. Henry had participated in several local singing competitions before he became a celebrity. He has built a massive fan base within a short span of time. However, Henry has also tasted controversy. His ‘BGT’ audition was suspected to be edited, and Henry made several headlines for this issue. Courtney Hadwin
DID WE MISS SOMEONE?
CLICK HERE AND TELL US
WE'LL MAKE SURE
THEY'RE HERE A.S.A.P
Quick Facts

British People
Lyricists & Songwriters
British Men
Virgo Singers
Male Singers
Career
Henry began training in music since he was a kid. By the time he turned 6, he could already play the guitar. Simultaneously, Henry joined singing classes.
Henry’s family is his greatest source of inspiration. He was destined to make a career in music, as both his mother and sister are related to the music industry. His sister was already on her way to a flourishing music career when Henry decided to follow suit. He began competing in local singing competitions, and that helped boost his confidence. Highly inspired by his sister, who reached the semi-final round of the popular talent-hunt reality show 'BGT,' Henry, too, participated in the show in 2015. In the audition, he performed a self-composed song, 'Lightning.' From his very first performance, Henry proved himself to be a complete entertainment package. Through a single performance, young Henry displayed three of his skills: singing, playing the guitar, and composing songs. Apart from his melodious voice, the fact that 'Lightning' was dedicated to Henry's secret crush made the performance doubly special. Despite being eliminated in the semi-final round, he managed to leave a mark on millions of people in the UK. After the show, Henry became a celebrity in the country. He bagged the opportunity to perform on stage for 'Imagine FM’ and at 'The O2 Arena’ in London.
Henry simultaneously continued to play the guitar and compose songs. Some of his noteworthy songs are 'Butterflies,' 'Best Thing Ever,' 'Time of My Life,' and 'Explode.' Most of his initial compositions are of the pop genre, but he has now started experimenting with other genres, too. Henry often performs at live shows and concerts. He has performed with popular artists Ella Shaw, ‘Bars and Melody,’ ‘Mr Zip, and Alesha Dixon. Henry has also performed at a few 'Soccer 6' events.
Henry’s immense success has brought him several sponsorships. He has also launched his website, through which he keeps updating his fans about his upcoming projects. He was later roped in by the talent agency 'Blue Body Management.'
Henry has recently started training in dance and has joined acting workshops, too. In an attempt to reach out to his fans, Henry stepped into social media. His 'Instagram' page has accumulated more than 92 thousand followers to date. He also owns a 'YouTube' channel, which showcases his recording sessions, cover versions, and stage performances. The channel has earned over 296 thousand subscribers.
Recommended Lists:

Male Musicians
Virgo Musicians
British Singers
Male Pop Singers
Continue Reading Below
Controversy
Apart from earning him accolades and recognition, Henry’s first performance brought him his first major controversy. After the video of the audition became viral over the internet, some of his viewers spotted something unusual and absurd in the video. According to them, the capo on his guitar had moved to a new position in between the performance. This gave an impression that either the video had been edited or Henry had performed twice for the audition. However, the ‘BGT’ production team supported Henry and helped him deal with the controversy.
Recommended Lists:

Virgo Pop Singers
British Musicians
British Pop Singers
Male Lyricists & Songwriters
Personal Life
Henry Gallagher was born on September 21, 2002, in Wigan, England. His mother is a high-school music teacher. Henry’s sister was part of the all-girl group 'Be Minor' that performed in the semi-final round of ‘BGT.’
Henry learned to play the keyboard from his mother. He later turned toward the guitar. His self-composed track 'Lightning' was dedicated to his secret crush, whose name Henry has not revealed yet.
Henry’s favourite stage performance venue is 'The Motorpoint Arena' in Cardiff, where he performed with English theater and TV actor Lee Mead. Ed Sheeran, Olly Murs, and ‘The Vamps’ are his idols. Henry loves wearing hats, and that has now become his signature style.
Recommended Lists: 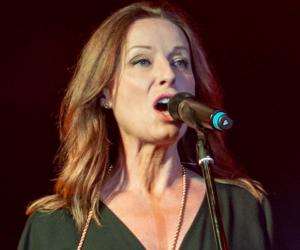