Hannah Dakota Fanning is an American actress who started her career in movies from the young age of five. Though initially she appeared in television commercials and live plays, she later focused on acting in commercial movies. Other than acting, Dakota Fanning also has taken up modeling assignments. Beginning her career as a child artist she rose to fame in 2001 and has had the opportunity to work with several high profile actors. From 2007, Dakota Fanning has shifted to choosing more mature roles in cinema. Dakota Fanning is multi-talented; she is a trained ballet dancer and also know how to play violin and piano. Her other hobbies include horse riding and knitting. Dakota Fanning is not active on social media as she feels it is important to live in the moment rather than indulging in social media and measuring experiences based on the quality of pictures taken. She has German, English, Irish and French lineage. American People
Actresses
American Women
Georgia Actresses
New York University
Childhood & Early Life
Dakota Fanning was born on 23 February 1994 in Conyers city of Georgia, USA. She is the eldest daughter of tennis professional Heather Joy and minor league basket ball player Steven J Fanning. Her father later worked as an electronic salesperson in California. She has a younger sister Elle Fanning who is also an actress by profession.
In 2011, she graduated from the Campbell Hall School in California. The same year she enrolled into New York University. 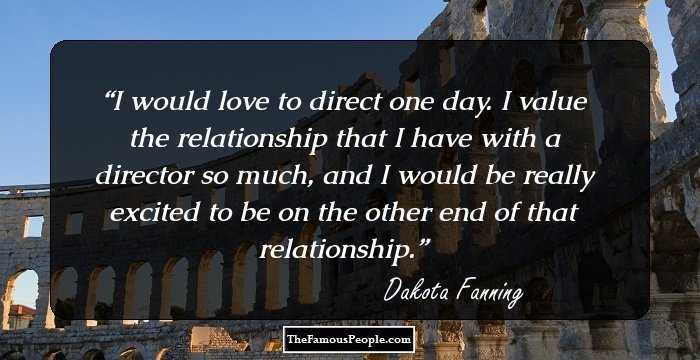 Quotes: Love, Relationship
Continue Reading Below
Career
Dakota Fanning had begun acting classes from a very young age and when she was five she received her first television commercial offer. Following this she signed numerous advertisements.
In 2000, she played guest roles in television programs ‘ER’, ‘CSI’, ‘Spin City’, ‘The Ellen Show’, ‘Ally McBeal’ and ‘The Practice’. The following year she was cast in ‘I Am Sam’, the movie that brought her into the limelight.
In 2002, Dakota Fanning gained more popularity and was cast by well-known director Steven Spielberg for his TV series ‘Taken’. She acted in three movies: ‘Hansel and Gretel’, ‘Sweet Home Alabama’ and ‘Trapped’ in the same year.
In 2003, she played major roles in two movies ‘Uptown Girls’ and ‘The Cat in the Hat’. She also lent her voice to four animation projects for Disney, Fox and cartoon Network.
Dakota Fanning appeared in the highly acclaimed movie ‘Man on Fire’ in 2004 alongside Denzel Washington. She continued her work with high profile actors in 2005 when she played the role of Tom Cruise’s daughter in ‘War of the Worlds’. She also acted in ‘Hide and Seek’ with Robert De Niro and with Kurt Russell in ‘Dreamer: Inspired by a True Story.’ The same year she did the voice over for Disney’s ‘Lilo & Stitch 2: Stitch Has a Glitch’.
In 2006, she starred in a child friendly movie, the film adaptation of the book ‘Charlotte’s Web’ by E. B. White.
Beginning 2007 she focused on more mature roles in movies. In 2007, she starred in the movie ‘Hounddog’, which had created controversy because of its content. The following year she acted in a drama movie ‘The Secret Life of Bees’.
In 2009 Dakota Fanning tried switching her genre to action by starring in the movie ‘Push’ but the film failed to succeed in the box office. However, she got the opportunity to lend voice to the title character in the fantasy film ‘Coraline’. Dakota Fanning made an appearance in the second part of the Twilight series – ‘New Moon’ in the same year.
In 2010, she along with friend Kristen Stewart acted in ‘The Runaways’, a movie based on the autobiography of singer Cherie Currie. She also acted in ‘The Twilight Saga: Eclipse’ in the same year.
Continue Reading Below
During the onset of 2011, she acted in the next part of the Twilight series – ‘Breaking Dawn’. Other movies that she acted in the year were ‘Now Is Good’, ‘The Motel Life’ and ‘Effie’. She also lent her voice to the documentary film ‘Rise’ made by U.S Figure Skating Association.
In 2012, Dakota Fanning played the role of an eco- terrorist in ‘Night Moves’. The following year she acted in a biopic ‘The Last of Robin Hood’. She also was signed to essay the role of Viena in ‘Viena and the Fantomes’ which is expected to release in 2015.
In 2014, she recorded her voice for the movie’ Yellowbird’. 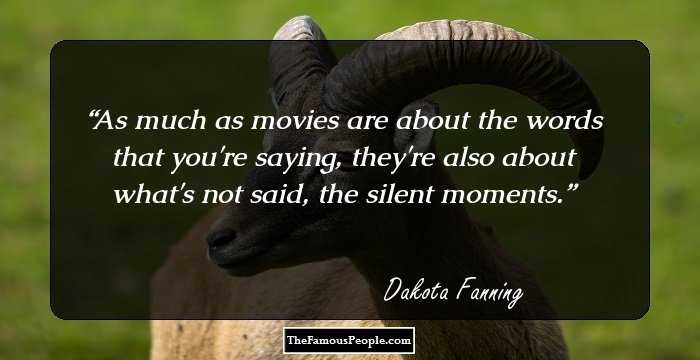 Quotes: You
Major Works
Dakota Fanning gained popularity as a child artist with the movie ‘I Am Sam’ in 2001. For her stellar performance in the movie, she became the youngest person to be nominated for the Screen Actors Guild Award and also won the Best Young Performer Award from Broadcast Film Critics Association for her performance.
Awards & Achievements
In 2001, she won the ‘Best Young Performer’ award for her performance in ‘I Am Sam’.
In 2003, she won the ‘Young Artist Award’ in the ‘Best Performance in a TV Movie, Mini-Series or Special – Leading Young Actress’ category for the miniseries ‘Taken’. She also won the Saturn Awards for ‘Best Supporting Actress in a Television Series’ for the same role.
She won the ‘Best Performance in a Feature Film – Leading Young Actress’ category award for four consecutive years for performances in the films : ‘The Cat in the Hat’ (2004), ‘Man on Fire’ (2005), ‘Dreamer’( 2006) and ‘Charlotte’s Web’ (2007).
In 2009, her acting in ‘The Secret Life of Bees’ earned her awards from Broadcast Film Critics Association in the ‘Best Young Performer’ category and Young Artist Awards in the ‘Best Performance in a Feature Film (Comedy or Drama) – Leading Young Actress’ category. 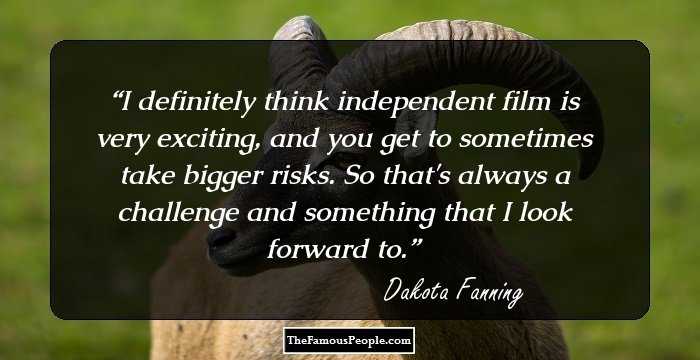 Quotes: You, Think
Personal Life & Legacy
Dakota Fanning is in a relationship with British model Jamie Strachan since 2013.

Quotes By Dakota Fanning | Quote Of The Day | Top 100 Quotes

See the events in life of Dakota Fanning in Chronological Order