Hafþór Júlíus Björnsson is an Icelandic strongman, actor, and former basketball player. He is the current holder of the title ‘World’s Strongest Man.’ Björnsson was the first person to win the three prestigious titles ‘Arnold Strongman Classic,’ ‘Europe’s Strongest Man,’ and ‘World’s Strongest Man’ in the same calendar year. Born into a family of well-built and athletic men, Björnsson is naturally blessed with a good physique. He started his career as a basketball player. He played with the ‘Division I’ team ‘Breioablik.’ He later moved to the ‘FSu Selfoss.’ However, he was constantly troubled by ankle injuries and had to undergo a surgery. After a 4-year-long career, he bid goodbye to the game. A suggestion made by former Icelandic strongman Magnús Ver Magnússon prompted Björnsson to build a career as a strongman. Since the beginning of his career, Björnsson delivered impressive performances and won several titles. He broke a 1,000-year-old world record in weightlifting, by carrying a 650 kg log for five steps. Björnsson has made a successful career in acting, too. He appeared as ‘Gregor “The Mountain” Clegane’ in the highly acclaimed TV series ‘Game of Thrones.’ Björnsson was the only actor to be cast as ‘Clegane’ in five continuous seasons. Kyle Chandler
DID WE MISS SOMEONE?
CLICK HERE AND TELL US
WE'LL MAKE SURE
THEY'RE HERE A.S.A.P
Quick Facts 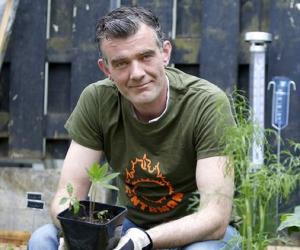 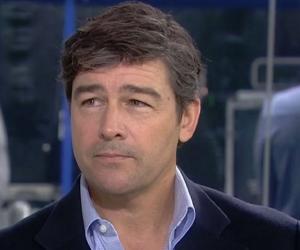 Icelander People
Strongmen
Icelandic Men
Tall Celebrities
Tall Male Celebrities
Childhood & Early Life
Hafþór Júlíus Björnsson was born on November 26, 1988, in Reykjavik, Iceland, to Björn and Ragnheiour. He has a sister, Hafdís Lind Björnsdóttir. Not much is known about his educational background.
Björnsson has inherited his tall and athletic figure from his father and grandfather. As a child, he used to work in the farms owned by his family.
Continue Reading Below
Career
Hafþór Júlíus Björnsson began his career as a basketball player. In 2004, he started his senior team career as a center for the ‘Division I’ club ‘Breioablik.’ In 2005, he joined the ‘Division I’ club ‘FSu Selfoss.’ Björnsson was troubled by ankle injuries during several games. He also underwent a surgery.
In 2006, after recovering from the surgery, Björnsson moved to the club ‘KR.’ He faced ankle injuries once again and had to miss several matches. During the next season, Björnsson moved back to ‘FSu Selfoss.’ Although Björnsson delivered an excellent performance as a basketball player, his career was cut short by constant injuries. In 2008, he quit the game.
In 2008, following his retirement from basketball, Björnsson met famed Icelandic strongman Magnús Ver Magnússon at a gym. On noticing the physical capabilities of Björnsson, Magnússon suggested he become a professional strongman. This was the turning point in Björnsson’s life.
In 2010, Björnsson won several strongman contests held in Iceland. Some of them were the ‘Strongest Man in Iceland,’ the ‘Iceland’s Strongest Viking,’ and the ‘Westfjords Viking.’ He also won five events at the ‘OK Badur Strongman Championships.’ The same year, Björnsson won the second position at the ‘Jon Pall Sigmarsson Classic.’
In June 2011, Björnsson won the ‘Strongest Man in Iceland’ contest. The same year, he was declared ‘Iceland’s Strongest Man.’ Björnsson received a wild card invitation to participate in the ‘World’s Strongest Man’ contest. He secured the sixth position in this event.
In 2012 and 2013, Björnsson participated in the ‘World’s Strongest Man’ contest and secured the third position. In 2014, he was declared the runner-up in the same contest, losing the first position to Zydrunas Savickas.
In 2015, Björnsson created a new world record at the ‘World’s Strongest Viking’ competition held in Norway. He carried a log that was 33 feet long and weighed 650 kg, for five steps. With this, Björnsson broke a 1,000-year-old record set by Orm Storolfsson.
In 2016, Björnsson lost the first position in the ‘World’s Strongest Man’ contest, to Brian Shaw. In 2017, too, he was declared the runner-up when he lost the title to Eddie Hall.
In 2018, Hafþór Júlíus Björnsson was declared the winner at the ‘World’s Strongest Man’ contest. He became the first Icelander to win the title since 1996. The same year, he won the ‘Arnold Strongman Classic’ contest. In 2018, he was crowned ‘Europe’s Strongest Man,’ too. With these wins, Björnsson became the first person to claim all the three prestigious titles in the same calendar year. He broke the ‘Elephant Bar’ dead lift world record by lifting 472 kg in his third attempt.
In 2019, Björnsson defended his title at the ‘Arnold Strongman Classic’ contest. He improved his world record in ‘Elephant Bar,’ by lifting 474 kg. He won the title of ‘Europe’s Strongest Man,’ too.
Björnsson has established himself as an actor, too. In 2013, he was cast in the fourth season of the TV series ‘Game of Thrones,’ which was aired on ‘HBO’ and featured him as ‘Ser Gregor “The Mountain” Clegane.’ It was one of the most popular series telecast on ‘HBO.’ ‘Clegane’ was portrayed as a knight with a cruel nature and an uncontrolled temper. Björnsson performed the part for five consecutive seasons. ‘Clegane’ was “killed” in the eighth season.
Family & Personal Life
Hafþór Júlíus Björnsson has a daughter, Theresa Lif, from his former girlfriend, Thelma Bjork Steimann. He was previously in a relationship with Andrea Sif Jonsdottir. The couple parted ways in early 2017. Björnsson is currently dating Canadian waitress Kelsey Henson.
In 2017, Björnsson was diagnosed with Bell’s palsy. He suffers from health issues due to his body weight. He is a brand ambassador of ‘SodaStream’ and has co-founded ‘Icelandic Mountain Vodka. 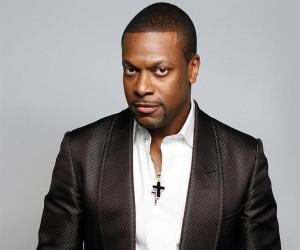 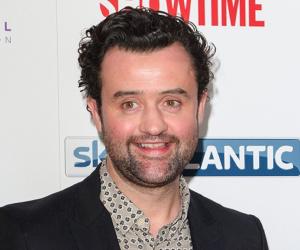 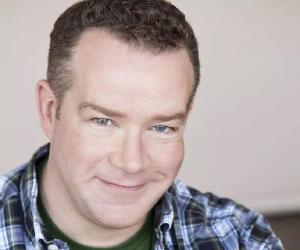