Gregg Leakes was a famous American reality star and the husband of the The Real Housewives of Atlanta star NeNe Leakes. He earned fame by being the voice of reason on the same show in which NeNe participated for continuous 8 years. Before he became a reality star, he was into real estate business. Born and raised in Atlanta, Gregg Leakes did not go to any top notch business school for his college degree, but the lack of formal qualification did not stop this self-taught businessman from achieving success. After his divorce from Nene in 2011, he went out of the radar of reality shows for a few years but whe the couple decided to remarry in 2013, Gregg was back as part of reality shows. Bravo TV covered the duo’s second wedding under a spin-off title I Dream of Nene: The Wedding and this show brought Gregg Leakes limelight and stardom once again. The couple participated in a number of reality shows together after their second marriage. Gregg was diagnosed with Colon cancer in 2018 and succumbed to the disease on September 1, 2021. Kris Jenner
1st August In History
DID WE MISS SOMEONE?
CLICK HERE AND TELL US
WE'LL MAKE SURE
THEY'RE HERE A.S.A.P
Quick Facts

Gregg Leakes had a humble beginning and was not very successful in business during his early life. When Gregg married NeNe Leakes in 1997, she was seriously struggling with her career too. How exactly the duo made all the ends meet during that time is still a matter of question to many.

NeNe’s career started taking a flight from 2003 and she was amongst the top reality TV stars after she signed for ‘The Real Housewives of Atlanta’, in 2008. Gregg’s career also took a flight along with her. Once NeNe was a well-known name in the American Television, Gregg also participated in many shows as the husband of NeNe Leakes. When Bravo TV covered the re-marriage of the duo, Gregg’s career as a reality star again got back on track. In 2017 he took part in the MasterChef Celebrity Showdown and also in the Tag Team challenge.
Continue Reading Below
Controversies & Scandals
There have been many controversies surrounding Gregg Leakes and his wife NeNe. A report in 2014 claimed that the duo had a criminal past record and were arrested multiple times under different charges. According to many, Gregg has climbed the stairs of success only because of his wife NeNe. There were also claims and accusations against Gregg at the time of his divorce from NeNe in 2011. After they remarried in 2013, many controversies came up and many thought the divorce and remarriage was just a publicity stunt to give their career a boost.
Personal Life
Gregg Leakes was born on 18 August 1954, in Atlanta, U.S.A. Not much information about his personal life before marrying NeNe Leakes is available. However, he already had children from his former relationships when he married NeNe, in 1997. In 1999, he had his first son, Brentt, with NeNe. The reason of his breakup with NeNe in 2011 is still not very clear. However, in 2013, they remarried and currently they are living together happily.
Cancer & Death

Gregg Leakes was diagnosed with stage III colon cancer in 2018. In June 2021, Nene Leakes revealed that the cancer had returned. Gregg succumbed to the deadly disease at his home in Atlanta on September 1, 2021. 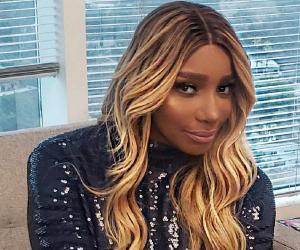 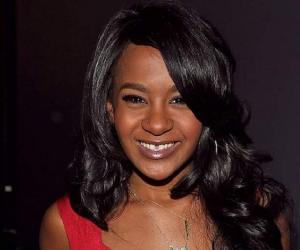