Goran Bregovic is a popular Balkan musician. Born in a time of shifting geopolitical alliances, Goran was a biracial child of humble origins. After a short but tempestuous marriage left his parents divorced, he was haphazardly raised by his mother. Although from a young age he was drawn to musical instruments, he was repeatedly told that he had no viable talent. After shuttling between schools over disciplinary issues, he was abandoned by his mother and forced to fend for himself. As a young man, he joined a musical group. After a rocky start, Goran Bregovic found his footing with a band that soon rose to the top of the charts in Yugoslavia and much of Communist Eastern Europe. After selling millions of records, the band decided to split apart. Bregovic then bore the brunt of post-independence geopolitical instability while working on collaborations with prominent global musicians. Simultaneously, this skilled musician began to focus on his talents for composing emotional and moving scores and soundtracks for dozens of films. He later assembled an orchestra to perform his works, and continues to give many concerts throughout Europe and across the globe. Now a cultural icon throughout the Balkans, and indeed the world, Goran Bregovic continues to be a respected and admired musician Artimus Pyle
22nd March In History
DID WE MISS SOMEONE?
CLICK HERE AND TELL US
WE'LL MAKE SURE
THEY'RE HERE A.S.A.P
Quick Facts 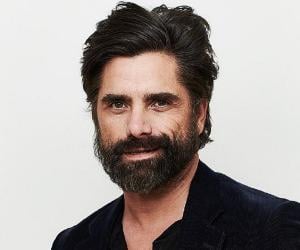 Bosnian People
Rock Singers
Lyricists & Songwriters
Male Singers
Aries Singers
Childhood & Early Life
Goran Bregović was born on March 22, 1950 in Sarajevo, the People's Republic of Bosnia Herzegovina, part of the Socialist Federal Republic of Yugoslavia. His father, Franjo Bregovic, was an ethnic Croat. His mother, Borka Perisic, was an ethnic Serb. The middle child of the family, Goran has one older sister, Dajana, and one younger brother, Predrag.
In 1957, Goran played violin in a music school but was deemed untalented and involuntarily expelled.
In 1960, his parents divorced and the young lad moved to Sarajevo to live with his mother.
He attended a traffic school to complete his secondary education. While in school, Goran joined the school band but was later involuntarily expelled from the school. He began living on his own and caring for himself at age 16 after his mother abandoned him.
Continue Reading Below
Career
In 1969, when Bregovic was 18 years old, he was invited to join a musical band named 'Kodeksi'. The aspiring musician was hired to play bass guitar.
In 1970, he was promoted to lead guitar. At the end of the year, Goran's mother and brother arrived to take him back home.
In 1971, he enrolled in university. However, a few months later, he quit attending school.
In 1974, Bregovic's band changed its name to 'White Button'. He would stay with the band for the next 15 years and became a celebrity in Yugoslavia.
In 1977, he composed the score for the film 'Butterfly cloud'. Two years later, the seasoned musician created the score for the films 'Personal Affairs' and 'Time of the Gypsies'.
In 1989, Bregovic left ‘White Button’. He then endeavored to pursue a solo career.
In 1990, he composed the score for the films 'The Serbian Girl', 'The Little One' and 'Caruga'.
In 1993, Goran wrote the score for the film 'Arizona Dream'. He followed that by writing the music for the films 'Toxic Affair', 'La Nuitsacree', 'Le Nombril du monde' and 'KIKA'.
In 1994, the polished musician created the soundtrack for 'La Reine Margot'. A year later he composed the music for the film 'Underground'. The film went on to win the prestigious Golden Palm award.
Continue Reading Below
In 1997, Bregovic collaborated with Sezen Aksu on her album 'Wedding and Funeral'. He followed this by a string of other collaborative efforts with musicians in a wide range of genres.
In 1998, the talented instrumentalist assembled the 'Weddings and Funerals Orchestra'. Depending on the venue, it consists of either 10 or 37 musicians.
In 1999, he recorded an album with fellow singer-songwriter Kayah, entitled 'Kayah and Bregovic'. The songs were a huge success financially and also received critical acclaim.
In 2005, Bregovic agreed to participate in three concerts with a briefly re-united ‘White Button’.
The following year, in 2006, Bregovic contributed to the soundtrack of the film 'Borat: Cultural Learnings of America to Make Benefit Glorious Nation of Kazakhstan'.
In 2010, the Serbian musician composed the song 'Ovo Je Balkan', which became the nation’s entry in the ‘Eurovision’ contest.
In 2012, he released the album 'Champagne for Gypsies' as a way to protest the way that Gypsies have been treated in Europe.
As of 2015, this tremendously skilled musician continues to tour and write music.
Major Works
Bregovic has released more than 50 music albums, including six collaborative compilations, and composed 12 movie soundtracks and more than 40 film scores while as a solo artist. His chartbuster album 'Kayah and Bregovic' sold 700,000 copies in Poland.
He is also renowned for his association of 16 years as a musician in one of Yugoslavia's most celebrated bands, the ‘White Button’
Awards & Achievements
On June 31, 2006, Goran Bregovic received a key to the city of Tirana from the Prime Minister of Albania. He is also an honorary citizen of Buenos Aires, Argentina and Athens, Greece.
Personal Life & Legacy
In 1993, Bregovic married Dzenana Sudzuka in Paris, France, after a long courtship of sixteen years. Together, they have three daughters: Ema, Una and Lulu. The famous musician has a fourth daughter, Zelijka, born to another woman.
Bregovic's orchestra, the ‘Weddings and Funerals Orchestra’ is composed of a gypsy brass band, traditional Bulgarian polyphonies, traditional percussion, strings, an electric guitar and Orthodox Church singers. He describes his music as a mix of Christian and Muslim influences.
Trivia
The famous Balkan musician stormed out of a film festival in 1998 because he was unhappy with his hotel room.
In 2008, this iconic musician broke his back after falling from a tree. Nonetheless, just three weeks later he held two concerts in New York City
Recommended Lists:
Singers #3537
Lyricists & Songwriters #1615

See the events in life of Goran Bregović in Chronological Order 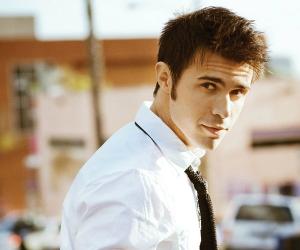 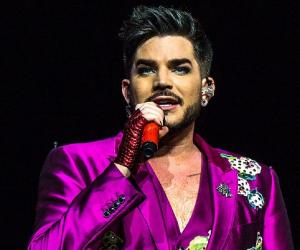