Giovanni Rivera is a social media personality and Youtube star. He is the co-creator of the Youtube channel, Gio & Eli, which he runs alongside his brother, Elijah Rivera. The brother-duo posts vlogs, challenge videos, pranks, and Q&A videos which have earned them close to 800k subscribers on their channel. Giovanni Rivera is also a celebrated content creator on TikTok where his comedy videos have brought him 1.1 million fans and 67.2 million likes on his giofilmedthis account. He is popular on Instagram as well and has acquired over 194k followers on his official account giofilmedthis. He is also present on Twitter and has close to 10k followers on his Gio (@giofilmedthis) account. Giovanni Rivera and his brother, Elijah, created their collaborative Youtube channel, Gio & Eli, in August 2017. Their first video was titled “Welcome To Our Channel Q&A / WILD What Are The Odds Challenge.” They charmed the Youtube crowd with their challenge videos, vlogs, pranks, and quirky Q&A videos. The most popular video on their channel is titled “You Laugh, You Lose | DAD JOKES.” Outside Youtube, Giovanni Rivera has also grown famous on TikTok where he entertains millions with his humor-centric videos. He has also amassed a sizable follower base on Instagram with his comedy videos and lifestyle photos.

Giovanni Rivera was born on February 29, 1996, in New York, United States. He is the older brother of Elijah Rivera. Giovanni’s parents have appeared on his channel. His zodiac sign is Pisces.

While Giovanni and Elijah aren’t twins, most of their fans often say that the brothers look very much alike. In a Q&A video, Elijah shared that Giovanni enjoys annoying him by asking ridiculous questions and acting dumb (and annoying). According to Giovanni, he wanted to be a YouTube from a fairly young age. He even used to post random videos on Youtube before starting his channel. When asked what’s one thing he doesn’t like about Elijah, Giovanni said his brother’s quick temper. 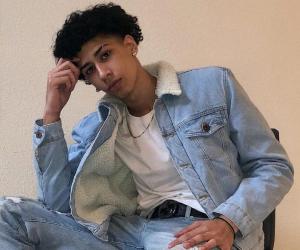