(Actress and Dancer Best Known for Her Film ‘Kitty Foyle’)

Ginger Rogers was one of the most successful actresses during the Golden Era of Hollywood. She left the audiences spellbound with her performances and was one of the highest paid American actresses of her time. Featured at number 14 on the American Film Institute’s list of ‘greatest screen legends’, Rogers, the charming, vivacious beauty was an iconic Hollywood star who enjoyed a remarkable acting career. She appeared in 73 films and several Broadway shows. She revolutionized the genre of musical films in Hollywood and starred in some of the most successful films of her time and received great critical acclaim. Some of her notable films include, ‘Kitty Foyle’, ‘A Shriek in the Night’, ‘Don't Bet on Love,’ ‘Week-End at the Waldorf’, ‘Heartbeat’, ‘Magnificent Doll’, ‘It Had to Be You’, ‘The Barkleys of Broadway’ and ‘Perfect Strangers’. She was part of the award-winning and internationally acclaimed Broadway musical, ‘Hello, Dolly!’ She also appeared in several television shows including ,’Glitter’, ‘Hotel’, ‘The DuPont Show with June Allyson’ and ‘What's My Line?’ Priscilla Presley
16th July In History
DID WE MISS SOMEONE?
CLICK HERE AND TELL US
WE'LL MAKE SURE
THEY'RE HERE A.S.A.P
Quick Facts

American Celebrities
American Women
Missouri Actresses
Female Dancers
Cancer Actresses
Childhood & Early Life
Born as Virginia Katherine McMath in Independence, Missouri, Ginger Rogers was the only child of William Eddins McMath, an electrical engineer and Lela Emogene.
After her parents got divorced, she stayed with her mother and grandparents. Her mother later remarried John Logan Rogers and the family settled in Fort Worth, Texas.
She attended the Central High School in Fort Worth, Texas but dropped out from school and during her teenage years performed on stage in Majestic Theatre, where her mother was also involved in.
She first took to stage performance in 1926, after winning a dance competition. Following this, she made appearances at the ‘The Craterian’ theatre located in Oregon.
She became a member of the vaudeville troupe called ‘Ginger and Pepper’ and made her debut on Broadway musical show ‘Top Speed’ on December 25, 1929. 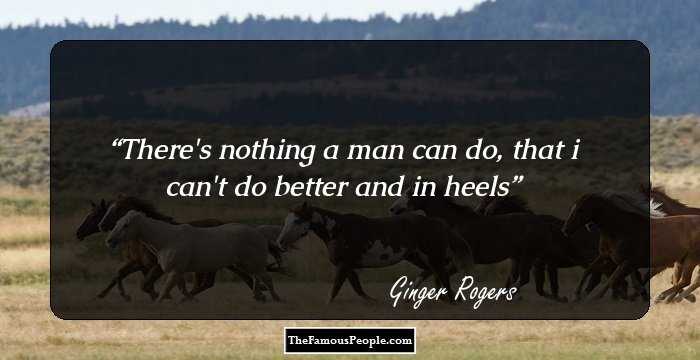 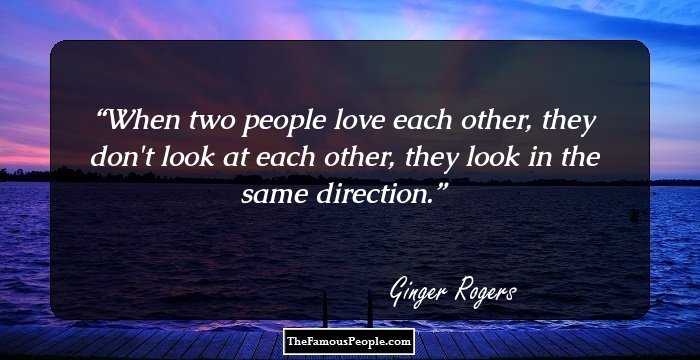 Quotes: Love
Continue Reading Below
Major Works
She starred in the immensely popular 1940 movie ‘Kitty Foyle’ that earned a whopping $2.385 million at the box office. The film was re-released nationally in 1955 and was adapted for radio shows and television.
She was seen in the hit 1964 Broadway musical ‘Hello,Dolly!’, which won the Tony Award for ‘Best Musical’. In 2002, it was inducted into the Grammy Hall of Fame and was revived on Broadway, three times.
Awards & Achievements
In 1941, she received the Academy Award for ‘Best Actress in a Leading Role’ for the film ‘Kitty Foyle’.
In 1960, she was awarded a star on the Hollywood Walk of Fame. 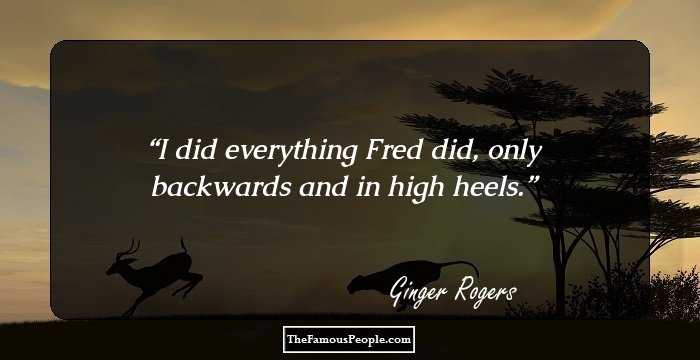 Quotes: I
Personal Life & Legacy
She married five times but unfortunately all of her marriages ended in divorce. She was married to Jack Pepper, Lew Ayres, Jack Briggs, Jacques Bergerac and William Marshall.
She died at the age of 83 after suffering a heart attack at her home in Rancho Mirage, California. Her ashes were entombed at the Oakwood Memorial Park Cemetery, located in Chatsworth, California.
In 2007, her biographical musical titled ‘Backwards in High Heels’ opened in Florida. The musical was a tribute to her life and legacy.
Trivia
This acclaimed 1940s American movie and stage actress was a keen artist and created many sculptures, paintings and sketches during her spare time.

See the events in life of Ginger Rogers in Chronological Order