Gary Allan Herzberg, popularly known as Gary Allan, is an American country music artist. He worked for years with his band the ‘Honky Tonk Wranglers’ in California, singing authentic country music in pubs and bars. He was quite popular in the circuit and was offered to move to larger bars and spaces to perform but there was a rider attached with the offer – he was asked to give up on singing old country music - Allan despised the idea of compromising on his music to gain fame and turned down these major lucrative offers. His first step to stardom became his association with Decca Records as they released his first album ‘Used Heart for Sale’ in 1996. He has released as many as nine studio albums until now and most of his singles have been the top charters on various country music charts and Billboard. Allan came from a family that supported his musical endeavor and in fact his mother quite encouraged him to become a singer and a musician. American People
American Men
California Musicians
Male Singers
Male Musicians
Childhood & Early Life
Gary Allan was born in California to Harley and Mary Herzberg. He grew up in a musical environment, a talent that was especially supported by his mother. He was in his early teens when he started playing with his father.
At the age of 15, Allan got his first recording contract deal from A&M Records but his parents rejected the offer, persuading him to finish his school first. But he was more interested in music than in studies anyways.
He graduated from La Serna High School, Whittier, California, and continued to play in the bars during the night and also kept his band ‘Honky Tonk Wraglers’ alive. 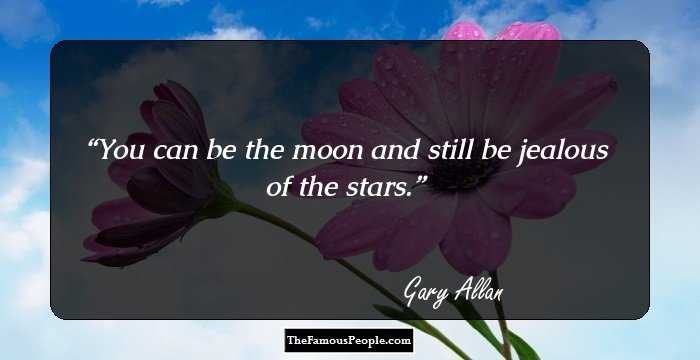 The Most Popular US Veterans
Career
In 1993, Allan was introduced to producer Bryon Hill by Jim Seal at a bar in California. Hill was very impressed by his talent and wanted to sign him on when he became the head of A&R at BNA Entertainment.
While struggling for his musical career, Allan started working at a car store and got noticed for his singing talent by a wealthy couple who gave him a check for $12,000. With the money he recorded more songs for demos.
In 1995, Decca signed Allan and the following year his first album, ‘Used Heart for Sale’ came out under the label. The Stereo Review named the album the ‘Best of the Month’. It included the hit single ‘Her Man’.
Allan’s second album, ‘It Would Be You’ released in 1998. He co-wrote the songs on the album and the title track became the greatest hit from the album. He was already labeled ‘Country Music’s Sexy Star’ by People Magazine.
Allan got into acting and appeared in the TV mini-series ‘Shake, Rattle & Roll’, in which he played the lead role of ‘Eddie Cochran’. He then took up a part in CBS TV series ‘Pensacola: Wings of Gold’.
In 1999, ‘Smoke Rings in the Dark’ got released. It was a bit different from his other previous albums in the sense that it had more background singers and use of stringed instruments in it. It was certified platinum.
Allan’s fourth album, ‘Alright Guy’ released in 2001 and it contained hit singles like, ‘The One’, ‘Man to Man’, ‘Man to Me’, etc. and in the following years, he was nominated for the Country Music Association’s Horizon Award.
In 2003, he came out with his fifth album titled , ‘See If I Care’ and it contained hit tracks of Allan’s musical career, like, ‘Tough Little Boys’, ‘Nothing On but the Radio’ and ‘Songs About Rain’.
After the death of his wife, Allan released a tragic and personalized album in 2005, ‘Tough All Over’. The album debuted at No. 3 on the Billboard 200 and No. 1 on the magazine’s Top Country Albums Chart.
In 2007, Allan came out with ‘Living Hard’, the album with the famous track, ‘Watching Airplanes’. The track peaked at No.2 at country charts and No.1 on the Mediabase Chart. ‘Learning How to Bend’ was another hit from the album.
Allan’s next studio album was released in 2010, ‘Get Off on the Pain’. Its hit single ‘Today’ was released a year before. The title track of the album debuted at No.42 on the U.S. Billboard Hot Country Songs chart.
‘Set You Free’ is Allan’s ninth studio album, very recently released in 2013. Its hit single ‘Every Storm’ peaked at No.1 on the Country Airplay chart. Other hits from the album include, ‘It Ain’t the Whiskey’, ‘Pieces’, etc.
Major Work
Allan’s hit single ‘Nothing On but the Radio’ from ‘See If I Care’ is considered to be his greatest hit. It was his number one single on the Billboard Hot Country Songs chart and won an ASCAP Award.
Personal Life & Legacy
Allan has been married three times in his life. He got married to his first wife Tracy Taylor in 1987, but married again after getting a divorce. His second marriage to model Danette Day lasted only one year.
After getting divorce from his second wife, Allan got married for the third time to Angela in 2001. She committed suicide three years later.
Recommended Lists:
Singers #2819
You May Like

See the events in life of Gary Allan in Chronological Order