Advanced Search
While Jesse Owens brought popularity and limelight to track and field as a major sport, it was Carl Lewis who made it a household game. The most spectacular track and field athlete of the 20th century, he was responsible for turning the sport from its amateur status to a professional one. Lewis did not just earn himself a name and honor through the sport, but raised it from its sub-standard and incompetent level into a major international event. In a career spanning over two decades, he became a dominant sprinter and long jumper. He broke several records and created many, some of which till date remain unbeaten and unaltered. While his indoor long jump record stands undefeated till date since 1984, his winning streak of 65 consecutive victories in the sport is a feat that can hardly be matched. Furthermore, he created world record in 100m, 200m and 4 x 100m relay race. In his career, he won 10 Olympic medals including 9 gold, and 10 World Championships medals, including 8 gold. Furthermore, he won two and three gold medals in Pan American and Goodwill Games respectively. To know more about his life, childhood and profile, browse through the biography. Justin Gatlin
DID WE MISS SOMEONE?
CLICK HERE AND TELL US
WE'LL MAKE SURE
THEY'RE HERE A.S.A.P
Quick Facts

American People
Black Athletes
Black Sportspersons
Long Jump Athletes
Black Long Jump Athletes
Childhood & Early Life
Born to William and Evelyn Lewis in Birmingham, Carl Lewis was one of the three children the couple was blessed with. He was primarily raised in Willingboro Township, New Jersey.
Despite belonging to a middle-class background, his parents exposed him to a wide array of sports since a young age, since both of them were professional coach and ran a local athletic club.
Academically, he achieved his preliminary education from Willingboro High School after which he enrolled at the University of Houston. 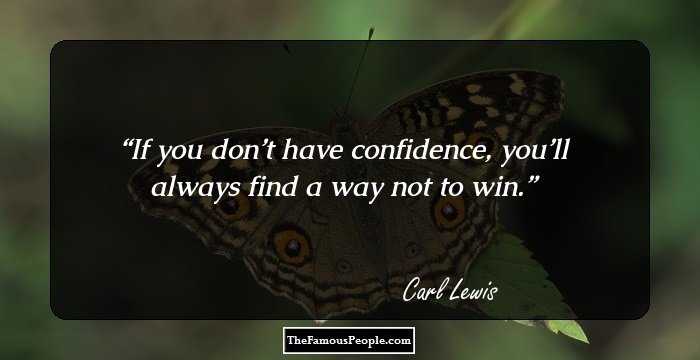 Quotes: You
Continue Reading Below
Career
His first shot at long jump was when he turned thirteen. Soon, he became one of the top junior long jumpers in New Jersey. As he proceeded to senior years, he was counted among the top long jumpers of the world and premier athletes of the country.
In 1979, he broke the high school long jump record with a leap of 8.13 m, thus setting new national record. At the University of Houston, he was trained by Tom Tellez. He continued his pursuit in track and field and secured the 5th position in the world ranking of long jump.
Capitalizing on his athletic abilities, he sought to have a future in the same. In 1980, he qualified for the American team for the 1980 Olympics in the long jump and as a member of the 4 � 100 m relay team. As a result of boycott by Western nations, Lewis did not participate in 1980 Moscow Olympics. Instead he participated at the Liberty Bell Classic, an alternate meet for the Olympic boycotting nations. He won bronze and gold in long jump and 4 � 100 m relay, respectively.
Year 1981 marked a period of accomplishment. He became the number two long jumper in history, with a leap of 8.62 m and the fastest 100 m sprinter in the world in 10 seconds flat. He won his first national and NCAA title for the University of Houston in the categories of 100m and long jump.
In 1983, he participated in the inaugural World Championships and bagged himself the top spot at the long jump, 100m race and 4 x 100m relay race. In the latter, he created a world record by winning the same in 37.86 seconds. Furthermore, he participated in TAC Championships as well.
By 1984, his reputation of being the No 1 athlete rose by leaps and bounds quite literally. He entered the Olympic Games being the hot favourite and truly lived-up to the expectation by winning a historic feat of four gold medals, thereby matching Jesse Owen’s feat. He won gold medals in 100 m, 200 m, 4 x 100m relay race and long jump.
In spite of winning four gold medals in a single Olympic, Lewis found it hard to get lucrative endorsement deals, since track and field was a low profile sport in America. His reputation was tainted with his lack of humility and flamboyant clothing.
By 1985, his dominance in 100 m sprint was being challenged. In 1985 and 1986, Ben Johnson defeated him in 100m sprint as did others. The defeats caused much of a difference as he failed to retain the number one rank for the year 1986.
In the second season of World Championships in 1987, though he retained the gold medals in the category of long jump and 4 x 100m relay race, history was created as Ben Johnson surpassed him and created a world record in 100m race with 9.83 seconds.
Continue Reading Below
Following his much-self-hyped loss in 1987, he entered the Olympic Games of 1988 with a bang. Though he lost to Johnson at the 100m race, the latter’s positive result for drug usage test resulted in Lewis creating a new Olympic record with 9.92 s and winning the gold medal. He won the gold for long jump as well.
In the following years to come, he lost his title in 100m sprint to fellow American and University of Houston teammate Leroy Burrell who set a world record with 9.90 seconds. However, long jump was an incontestable territory wherein he retained his top position.
In 1991, he secured his greatest achievement by winning the 100m final at the World Championships. The competition was tough with more than ten contestants finishing under ten seconds. He set a new world record at 9.86 seconds and claimed the race to be his best in life. Additionally, he also created a world record at 4 � 100 m race anchoring it to a gold medal finish in 37.50 s. As for the long jump, he lost the competition in more than a decade to the Mike Powell, who broke the 23-year-old world record of Bob Beamon, with a leap of 8.95 m.
Lewis’ dominance in track and field somewhat started dwindling post 1991. He qualified only for the long jump and 4 x 100m relay race for the 1992 Barcelona Olympic and won gold medals in both the events.
In the 1993 World Championships at Stuttgart, the only medal he won was a bronze for his debut 200m race.
Post 1993, injuries kept him sidelined for the next few years. He made a comeback in the 1996 Atlanta Olympics, winning a gold in the long jump with a leap of 8.50 m.
He retired from track and field in 1997.
Presently, he owns a marketing and branding company named C.L.E.G., which markets and brands products and services including his own. He has also acted in several films.
Awards & Achievements
In his active years, he was the undisputed athlete of track and field, his medals standing as a testimony of the same. While his Olympic record stands at 9 gold and 1 silver, his World Championship medals tally include: 8 gold, 1 silver and 1 bronze. At the Pan American and Goodwill Games, he won 2 and 3 gold medals respectively.
Publications around the world have honoured him with various titles including ‘Sportman of the Century’, ‘World Athlete of the Century’ and ‘Olympian of the Century’.
Personal Life & Legacy
He turned a vegan in 1990 and attributed it to be the reason for his outstanding performance for the 1991s World Championship.
He was made a Goodwill Ambassador for the United Nations Food and Agriculture Organization. Additionally he became the official supporter for the Ronald McDonald House Charities and is a member of their celebrity board, called the Friends of RMHC
Trivia
He is the only athlete other than Jesse Owens to have won four gold medals in a single Olympic games.

See the events in life of Carl Lewis in Chronological Order 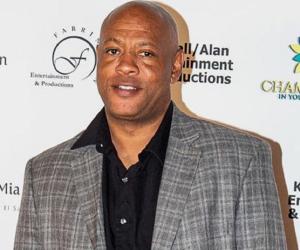