Advanced Search
Felix Yusupov was a Russian aristocrat, prince, and count from the Yusupov family. He is famous for arranging the murder of Grigori Rasputin, the close advisor of the Tsar, in 1916, and for his marriage to the niece of Tsar Nicholas II. He was a truly privileged child who grew up in great luxury but was not at all interested in studying or accomplishing anything in life. He only took an interest in social life and was the subject of many scandals. Felix led a flamboyant life and was thought to have been bisexual. However, Felix, along with Grand Duke Dimitri Pavlovich and Vladimir Purishkevich, planned the murder of Rasputin to end his influence on the Tsar’s family. Rasputin was considered as a treat to the empire. Some writers suggest the involvement of the British secret intelligence service, too. Peter the Great
23rd March In History
DID WE MISS SOMEONE?
CLICK HERE AND TELL US
WE'LL MAKE SURE
THEY'RE HERE A.S.A.P
Quick Facts

Russian Celebrities
Russian Rulers
Russian Historical Personalities
Aries Men
Childhood & Early Life
Prince Felix Felixovich Yusupov, Count Sumarokov-Elston, was born on March 23, 1887, in the ‘Moika Palace’ in Saint Petersburg, Russian Empire. His family was extremely wealthy. His parents were Count Felix Felixovich Sumarokov-Elston, son of Count Felix Nikolaievich Sumarokov-Elston, and Zinaida Yusupova, the last of a wealthy family of Crimean Tatar origin.
His family’s considerable wealth, obtained over generations, consisted of four palaces in Saint Petersburg, three palaces in Moscow, many estates all over the country, mines, factories, mills and even oil fields. They were apparently much richer than the Romanovs.
Felix was the second of the two sons in the family and had inherited his mother’s beauty, which was obvious ever since he was a child. The parents had different attitudes toward the children. Their mother spoiled them excessively, while their father was more distant. Their mother never denied them anything, and they lived in complete luxury, which was a ridiculous and completely inappropriate environment for raising children. As a result, Felix turned into an undisciplined and rude boy.
As a teenager, he would often dress up in his mother’s clothes and even go out like that. Owing to his good looks, men actually thought he was an attractive woman. After he lost some of his mother’s pearls in a club one evening, his parents finally found out about his cross-dressing adventures. His father was obviously furious and decided to turn his son into a “real man.” He even hired ex-military men to educate him, but the rules gradually faded away, and Felix went back to his old habits.
Between 1909 and 1913, he went to London to continue his education. He attended the ‘University College, Oxford,’ studying forestry and English. He lived in a luxurious apartment and had staff catering to his every need. Instead of concentrating on his studies, he would often party, smoke hashish, play polo, and waste time with his friends.
When he came back to Russia, he fell in love with Princess Irina of Russia, Grand Duke Alexander Mikhailovich’s only daughter. Despite the rumors of his bisexuality, Irina agreed to marry him, which shocked her family and everyone else. Their marriage took place at the ‘Anichkov Palace’ on February 22, 1914.
Continue Reading Below
Career
Felix Yusupov never had an actual career, as he was not interested in having one. However, his life during the war was interesting, and the decisions he made are worth looking into, as they had an important impact on history.
Despite the interventions, Felix and his wife could not leave Berlin, where they had been detained when World War I broke out. They were offered a secure estate where they could stay. Eventually, they managed to return to Russia, and Irina gave birth to their only daughter, B¬éb¬é, aka Irina Yusupova. She was raised by her paternal grandparents and grew up as spoiled as her father.
Felix’s brother died, leaving him as the only heir to a huge fortune. Unexpectedly, he decided to help those in need and even transformed a wing of the ‘Moika Palace’ into a hospital for soldiers. He never served in the army himself, because at the time, there was a law that allowed those who were the only sons in the family to avoid being drafted.
Felix did not really accomplish anything important until he decided to plot the murder of Rasputin, the famous healer, the “holy man,” and close advisor to the Tsar. His motives are not clear to this day. He claimed that he did it for political reasons and to save Russia, but that was highly unlikely, because he had shown no interest in politics before. There have been speculations that the real reason was, in fact, a scandal involving him that Rasputin was going to reveal.
Some writers have suggested the involvement of the British secret intelligence service in the crime. It is said that the British secret service was in contact with Felix at that time.
Yusupov had two accomplices, Dmitri Pavlovich Romanov and a conservative Duma deputy, Vladimir Purishkevich. First, he approached Rasputin, claiming he needed him to cure a fabricated illness. He then tried to get as close to him as possible. On the night of the murder, he invited Rasputin to his palace on the pretext of introducing him to his wife, and he then accompanied him downstairs. The events that followed are not very clear, because the only one who spoke about them was Felix himself. In any case, Rasputin was shot but managed to escape despite sustaining extremely severe wounds. He died outside, where he was allegedly hit and shot again. The perpetrators then threw his body in an ice hole in the Malaya Neva.
During the investigation, blood traces were found on Felix’s property, but he claimed it was the blood of one of his dogs that had been accidentally shot. Although the Empress had intended to have both Felix and Dmitri shot, the Tsar finally decided to send Dmitri to the front in Persia and to banish Felix to his estate in Rakitnoye. They returned after the Tsar abdicated the throne. They wished to retrieve some valuable works of art that they would later sell to sustain their lives in exile. They traveled quite a lot before remaining in Paris.
Controversy
Felix’s role in the murder of Rasputin is still unclear. While some doubt he was as deeply involved as is believed, others claim it was probably all his plan, because the crime seemed to be conducted by amateurs.
Family & Personal Life
Felix was the target of many rumors concerning his sexuality. Many believed him to be bisexual, but he denied it. His marriage to Irina lasted for the rest of their lives, and they had only one daughter, Princess Irina Felixovna Yusupova.
Yusupov died on September 27, 1967, and his wife died 3 days later. He was buried near Paris, in the ‘Sainte-Geneviève-des-Bois Russian Cemetery.’

See the events in life of Felix Yusupov in Chronological Order 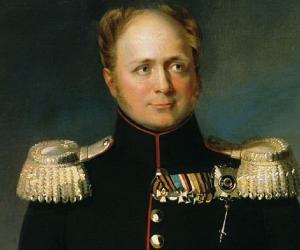