Emily Alyn Lind is an American child actress and singer, best known for the starring role in the series ‘Revenge.’ In the series, she plays the younger version of the leading character Amanda Clark to critical appreciation. Born to parents who were industry professionals, she embarked into acting at a young age of 8 with ‘The Secret Life of Bees.’ She followed it with critically acclaimed films such as ‘Enter the Void’ and ‘J. Edgar.’ In 2009, she made her television debut with a single episode role in the daytime soap opera ‘Days of our Lives.’ She also appeared in one other popular soap opera titled ‘All my Children’ and played main roles in television films such as ‘November Christmas’ and ‘Sundays at Tiffany’s.’ In 2011, she was signed on to play a recurring main role in the series ‘Revenge’ as Amanda Clark. The series was a reimagining of classic Alexander Dumas novel ‘The Count of Monte Cristo,’ and turned out to be her major breakthrough role. She followed it further with roles in films such as ‘Lights Out,’ ‘The Babysitter’ and ‘Mockingbird.’ NLE Choppa
DID WE MISS SOMEONE?
CLICK HERE AND TELL US
WE'LL MAKE SURE
THEY'RE HERE A.S.A.P
Quick Facts 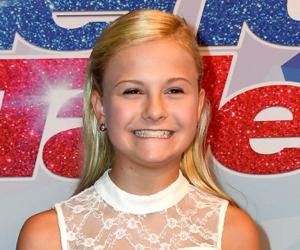