Elena Kagan is an Associate Justice of the Supreme Court of the United States. Born and brought up in New York City, she was a free-spirited girl since childhood. Inspired by her attorney father, she took an early interest in law inspired and studied at Princeton, Oxford, and Harvard. She then clerked for Judge Mikva of the U.S. Court of Appeals and for Justice Marshall of the U.S. Supreme Court. In due course, she became a law professor at the University of Chicago Law School. She then served in the Clinton Administration for four years, first as Associate Counsel to the President and then as Deputy Assistant to the President for Domestic Policy. After Clinton’s term ended, she returned to the academic world and eventually became the first female Dean of Harvard Law School. In 2009, President Obama nominated her as the first female Solicitor General of U.S. and after a year, he nominated her as an Associate Justice of the Supreme Court, to fill the position left vacant by the approaching retirement of Justice John Paul Stevens. She took her seat in August 2010, followed by a formal investiture ceremony in October 2010. Marilyn Milian
DID WE MISS SOMEONE?
CLICK HERE AND TELL US
WE'LL MAKE SURE
THEY'RE HERE A.S.A.P
Quick Facts

American People
Harvard University
Princeton University
Women Judges
American Judges
Childhood & Early Life
Elena Kagan was born on 28 April 1960, in New York City, in a middle-class Jewish family. Her father, Robert, was an attorney while her mother, Gloria was a teacher. She was the middle born of three children; her two brothers grew up to become public school teachers.
Inspired by her educator mother, she attended the Hunter College High School graduating in 1977. She also took an early interest in law, inspired by her father’s profession.
After high school, she attended Princeton University where in 1981 she earned a Bachelor of Arts summa cum laude in history. She also served as the editor of the award winning student newspaper, ‘The Daily Princetonian’.
At Princeton, she received the Daniel M. Sachs Graduating Fellow Scholarship, one of the highest student awards bestowed by the university, which enabled her to attend Worcester College, Oxford.
She earned a Master of Philosophy at Oxford in 1983 before joining Harvard Law School. She became supervising editor of the ‘Harvard Law Review’ and in 1986, received the Juris Doctor, magna cum laude degree.
Continue Reading Below
Career
After law school, Elena Kagan began her career as a law clerk for Judge Abner Mikva of the U.S. Court of Appeals for the District of Columbia Circuit, in 1987. Thereafter, she worked for Justice Thurgood Marshall of the U.S. Supreme Court in 1988. She later joined a private law firm at Washington, D.C., Williams & Connolly as an associate.
In 1991, she joined the faculty of the University of Chicago Law School as an assistant professor and in 1995, became a tenured professor of law.
While working at Chicago University, she published a law review article on the regulation of the ‘First Amendment hate speech’. She also published a review of a book by Stephen L. Carter, discussing the judicial confirmation process.
In 1995, she left Chicago Law School to work as an Associate Counsel for the U.S. President Bill Clinton. She spent the next four years at the White House during which she was promoted several times. From 1997–1999, she worked as Deputy Assistant to the President for Domestic Policy and then, Deputy Director of the Domestic Policy Council.
Before leaving office, Clinton nominated her to the U.S. Court of Appeals for the District of Columbia Circuit in place of James L. Buckley. However, the Senate Judiciary Committee negated her nomination and she returned to the academic world in 1999.
Initially, she tried to return to the Chicago Law School; however, since she had already given up her tenured position earlier, the school decided not to re-hire her. She then joined Harvard Law School as a visiting professor.
While at Harvard, she authored an influential law review article on U.S. administrative law, including the role of helping the U.S. President in formulating and influencing federal administrative and regulatory law.
In 2001, she was named a full professor at Havard Law School and in 2003 she became the first female Dean of the Law School. She succeeded Robert C. Clark and focussed on improving student satisfaction.
As Dean, she also brought about several positive changes in the institution. She hired prominent faculty members, made curriculum changes and developed the campus.
Continue Reading Below
From 2005 to 2008, she was a member of the Research Advisory Council of the Goldman Sachs Global Markets Institute and received a $10,000 stipend for her service in 2008.
In 2007, she became one of the finalists for the Presidency of Harvard University, but the position was won by Drew Gilpin Faust.
On 5 January 2009, President Barack Obama nominated her for the role of Solicitor General. Her nomination was confirmed by the U.S. Senate on 19 March 2009, and Elena Kagan became the first woman Solicitor General of the United States.
On 10 May 2010, Obama nominated her to the Supreme Court to fill the vacancy created by Justice John Paul Stevens’ impending retirement. Soon after, 69 deans from over one-third of the country's law schools endorsed her nomination.
On 5 August 2010, the Senate Judiciary Committee confirmed her nomination. She was sworn in by Chief Justice John Roberts on 7 August 2010 in a private ceremony, becoming the fourth female U.S. Supreme Court Justice.
Major Works
In 2015, Elena Kagan played an instrumental role in two landmark Supreme Court rulings. First, she was one of the six justices to defend a critical component of the 2010 Affordable Care Act in King v. Burwell. The majority ruling made the Affordable Care Act difficult to undo.
Secondly, the Supreme Court made same-sex marriage legal in all 50 states in its historic decision of Obergefell v. Hodges, with Kagan joining the majority ruling.
Awards & Achievements
While a professor at Harvard, Elena Kagan authored an influential law review article on U.S. administrative law. The American Bar Association honoured it as the year's top scholarly article.
She is the first Supreme Court Justice appointed without any previous experience as a judge, since William Rehnquist in 1972. She is also the fourth female Justice in the Court's history and the eighth Jewish Justice.
In 2013, she was mentioned in the list of Time Magazine's 100 Most Influential People.
Personal Life & Legacy
In her adolescence, Elena Kagan disagreed with her Orthodox rabbi over aspects of her ‘bat mitzvah’ (the Jewish coming of age ritual for girls). She wanted her ritual to be as important as the ritual for boys, ‘bar mitzvah’. In the present day, she identifies with Conservative Judaism. Justice Kagan has remained unmarried.
Trivia
In 2013, a painting featuring her, Sonia Sotomayor, Ruth Bader Ginsburg, and Sandra Day O'Connor was displayed at the Smithsonian National Portrait Gallery in Washington, D.C.

See the events in life of Elena Kagan in Chronological Order 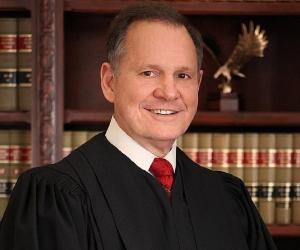