Edward Hammond Hargraves was one of the most famed and colourful explorers of gold during the gold rush era. He claimed to have discovered gold in Australia in 1851. Hargraves was the pioneer of the Australian gold rush that started in New South Wales. His announcement of availability of payable gold in New South Wales paved way for a sea of immigrants and gold diggers in the continent. Hargraves, a gold prospector who began his gold search in California also remained a shopkeeper, sailor, publican and adventurist before his exploration of gold. He had made himself adept in various techniques including cradling, panning and excavating and led an expedition in the Californian landscapes in 1850, but the result was not that fruitful. Finding similar characteristics between the landscapes of California and New South Wales, he inferred that the landscape of the latter has a probability of containing similar gold deposits as in California. His discovery of gold in the area which later became famous as Ophir, fetched him name, fame, government rewards, testimonials and trophies. 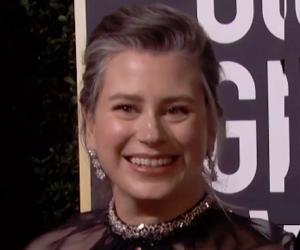 William Booth
DID WE MISS SOMEONE?
CLICK HERE AND TELL US
WE'LL MAKE SURE
THEY'RE HERE A.S.A.P
Quick Facts

William Booth
Childhood & Early Life
He was born on October 7, 1816, in Gosport, Hampshire, England in the family of an army officer, Lieutenant John Edward Hargraves and his wife Elizabeth Hargraves as their third son.
He attended the ‘Brighton Grammar School’ in England.
When he was 14-year-old, he went to the sea and in 1832 he reached Sydney, New South Wales. After working on a property near Bathurst, he gathered tortoise shell and bêche-de-mer in Torres Strait in 1833 and went back to England.
Continue Reading Below
You May Like

The Most Popular US Veterans
Career
He went back to Bathurst in around 1834-35 and started working as a property overseer and with that he got a chance to get more acquainted with the country where gold was found later.
After his marriage in 1836, he moved with his wife to East Gosford in 1839 and started serving the ‘General Steam Navigation Co.’ as an agent. He purchased land from the dowry he received from marriage and constructed the Fox under the ‘Hill hotel’. For the next decade he endeavoured in the hotel business but failed that resulted into forfeiture of his property in 1843. He left his wife behind to take care of a store, while he purchased land on the Manning River.
On July 17, 1849 he sailed for America after he came to know about the California gold rush. As he could not find any gold there, he was not successful as a goldfields trader. However, he came to know of similar landscapes in the western districts of New South Wales in Australia that raised his hope of a high probability of discovering gold there.
In this pursuit, in January 1851, he travelled to Sydney, to assess his assumption in discovering gold and more significantly to earn a fortune in the form of government reward for unearthing a payable goldfield.
He went to the Bathurst region in February 1851. While he was going to Wellington, he was encouraged by the favourable findings at Guyong and added to that he along with John Lister discovered five specks of gold on February 12 in Lewis Ponds Creek located at New South Wales.
After exploring most of the region with little success, Hargraves returned to Sydney in March 1851, while delegating the search work upon others especially to John Lister, William Tom and his brothers James and Henry. Before leaving he illustrated to them how to build and use a wooden cradle and also taught them the panning techniques of California so that they can continue with the work.
After Hargraves left, William Tom made a cradle and worked with others along the Lewis Ponds Creek that eventually saw them clearing sixteen grains of gold in a day. Thereafter Lister and William found four ounces of gold.
When the news of such findings reached Hargraves, who went to Sydney to interview the Colonial Secretary, (Sir) Edward Deas Thomson, he soon wrote to the ‘Sydney Morning Herald’ explaining about the prosperous field.
He also pressed for a reward and after a few weeks when he became sure of the government reward, he made a press release regarding the areas where gold existed.
Continue Reading Below
In May 1851 he returned to Bathurst. He disregarded the plea of his team members including Lister and William of maintaining secrecy, christened the place as Ophir and aroused such interest in the district that by May 15, the place was crowded by more than three hundred diggers, which saw the commencement of the first Australian gold rush.
The ‘New South Wales Government’ awarded him £10,000 and also inducted him as Commissioner of Crown Lands for his findings. He was also rewarded £5,000 by the Victorian Government. This fund was however frozen after Lister voiced a protest, by which time Hargraves had claimed only £2,381 of the entire fund.
In 1853, an enquiry was made by a Legislative Council select committee that maintained Hargraves position as the first discoverer of the goldfield, which was named Ophir. The committee also recommended that Lister and the other men who were taught by Hargraves be granted an amount of £1000.
During 1853-54, he went to England, got an opportunity to meet the Queen and led a lavish life.
In 1855 he published his book, ‘Australia and its Gold fields’, which gives a historical description of the Australian colonies as also an account of the current discovery of gold.
He bought a 640-acre land in Budgewoi, New South Wales, in 1856, and went on to build a fine house, ‘Norahville’, which was entirely made of cedar.
To get the balance of the £5000 reward, which was bestowed on him by the Victorian Government, starting from 1861, he made an appeal to the government, sought assistance of businessman and politician James Butters to convince a Legislative Assembly member to release his payment, but all his efforts failed.
In 1877, the Government of New South Wales granted him annual pension of £250, which he received for the rest of his life.
In 1890, another committee of the Legislative Assembly decided that although Hargraves remains 'the discoverer of gold', the persons whom he taught the application of cradle and dish, that is, 'Messrs Tom and Lister’ were undoubtedly the first discoverers of gold obtained in Australia in payable quantity'.
Personal Life & Legacy
Hargraves married Eliza Mackie in 1836 in Sydney. The couple had two sons and three daughters.
On October 29, 1891, he died in Sydney and was interred at the ‘Waverley Cemetery’ in its Anglican section.
You May Like

See the events in life of Edward Hargraves in Chronological Order 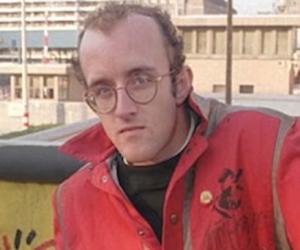 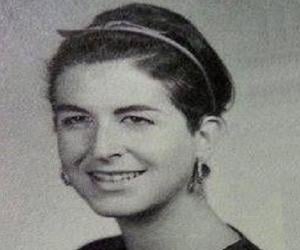