(One of The Greatest Professional Wrestlers of All Time)

Adam Joseph Copeland, popularly known as Edge, is one of the most celebrated professional wrestlers of all-time, having won 31 WWE championship titles. He has outstandingly brilliant career record, which includes four WWE Championship titles, record-breaking seven World Heavyweight Championship titles, five Intercontinental Championships, one United States Championship, two WWE Tag Team Championships, and 12 WWF/World Tag Team Championships, His long list of achievements deservedly gave him a place at the prestigious WWE Hall of Fame. Edge’s long-tenured career has been stringed with great highs. He started off wrestling at various US independent promotions. It was in 1997 that he signed a development deal with WWF and made his debut in his first televised in-ring match in 1998. A year later, Edge won his first ever title—the WWF Intercontinental Championship—thus starting a legacy that turned him into a legendary wrestler of the current times. Apart from his Championship victories, Edge is WWE's 14th Triple Crown Champion and 3rd Grand Slam Champion. He became the first wrestler in the history of the sport to win all three titles, namely, King of the Ring tournament, first Money in the Bank ladder match and Royal Rumble. Ben Roethlisberger
DID WE MISS SOMEONE?
CLICK HERE AND TELL US
WE'LL MAKE SURE
THEY'RE HERE A.S.A.P
Quick Facts 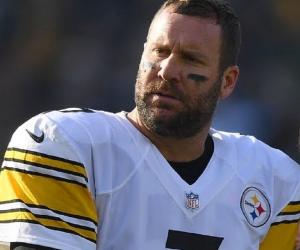 See the events in life of Edge (Wrestler) in Chronological Order 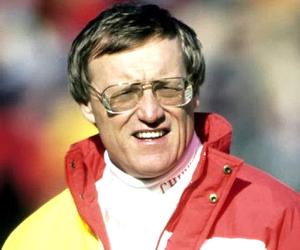