Drena De Niro is an actress, former model, DJ, fashion consultant, and filmmaker from America. Check out this biography to know about her childhood, family life, achievements and fun facts about her. 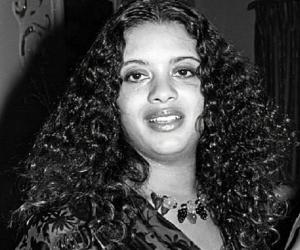 Previous Next
Drena De Niro
3rd September In History
DID WE MISS SOMEONE?
CLICK HERE AND TELL US
WE'LL MAKE SURETHEY'RE HERE A.S.A.P