Diahann Carroll was a successful American television and stage actress and singer. She started her acting career with ‘Carmen Jones’. Later she earned critical acclaim for her remarkable acting ability in a number of films, television series and musicals. Due to her stellar performance in the title role of ‘Claudine’, she was nominated for an Oscar. In this film, she portrayed the role of a Harlem woman raising six children on her own. Her acting in the film ‘Sunset Boulevard’ also deserves special mention. Besides films, she also left her mark as a recording artist, performing in several albums of jazz and pop music. ‘House of Flowers’ was her first Broadway musical performance. Her performance in the musical ‘Bubbling Brown Sugar’ was the proof of her acting skills. Her role in television sit com ‘Julia’, for the first time, represented a black woman in a non-stereotypical role. The popularity of this show earned her a Golden Globe award as “Best Newcomer” besides nominating her name for Emmy award. She was also nominated twice for a NAACP Image Award for her noteworthy performance in ‘Soul Food’, a popular television series.
Continue Reading Below American Celebrities
Actresses
Black Singers
Black Actresses
Black Film & Theater Personalities
Childhood & Early Life
Diahann Carroll was born on July 17, 1935, in Bronx, New York City, to John Johnson and Mabel Faulk. Her father was a subway conductor and her mother was a nurse.
With support of her parents, she attended dancing, singing and modelling classes at a very young age. At the age of ten, she received a Metropolitan Opera scholarship for studies at New York’s High School of Music and Art.
At the age of 15, she did modelling assignment for “Ebony” magazine. During this time, she auditioned for Arthur Godfrey’s radio programme “Talent Scouts”. Success in this contest brought her recognition.
After finishing her school education, she studied at New York University. At that time, she was contemplating to pursue a nightclub career. 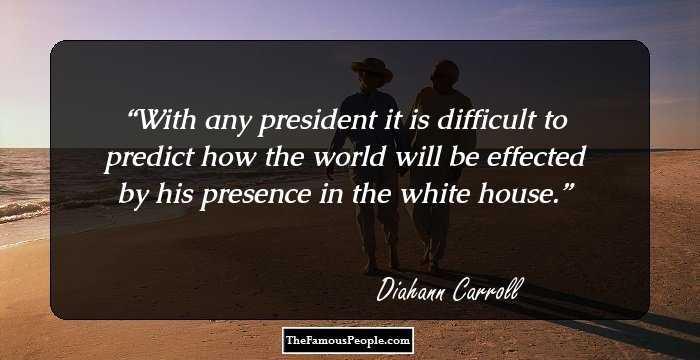 The Most Popular US Veterans
Career
The turning point in her life came when she participated on the Dumont Television Network Program ‘Chance of a Lifetime’ in 1954. She was the winner of this show for four weeks. Due to her popularity in this program, she got job offers from Manhattan’s Cafe Society and Latin Quarter nightclubs.
In 1954, she made her film debut with ‘Carmen Jones’ in a supporting role. Later, she featured in the ‘House of Flowers’, a Broadway musical by Harold Arlen and Truman Capote.
In 1959, she portrayed the character of Clara in the film version of George Gershwin’s ‘Porgy and Bess’.
In the year 1960, she made a guest appearance in ‘Peter Gunn’, a television series. After making appearances on a number of shows, she acted in the night-time soap opera ‘Dynasty’ in which she played the role of Dominique Deveraux from 1984 to 1987.
Later, she appeared in ‘The Colbys’, an American soap opera and acted in television sitcom ‘A Different World’. She was nominated for Emmy award in 1989, for her performance in ‘A Different World’.
She proved her acting prowess as a popular silent movie star Norma Desmond in the film ‘Sunset Boulevard’. In 2008, she appeared as June in ‘White Collar’, a television series. 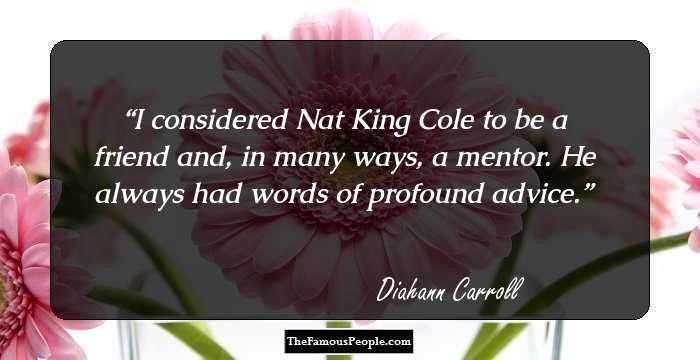 Major Works
In 1961, she portrayed the role of Connie Lampson in the film ‘Paris Blues’. This film is based on Harold Flender’s novel and deals with racism in America.
Her acting in television series ‘Julia’, an American sitcom of 1968, earned her fame as an actress. In ‘Julia’, she played the character of an African American woman in a non-stereotypical role. The NBC broadcast its 86 episodes from the month of September.
Continue Reading Below
In 1991, she played the role of an ideal wife Eleanor Potter in ‘The Five Heartbeats’, a musical drama. Directed by Robert Townsend, this musical deals with the rise and fall of Motown, a record company.
Awards & Achievements
Her outstanding performance in the musical ‘No Strings’ brought her the prestigious Tony Awards for best actress in 1962. In this musical she acted as Barbara Woodruff and she was the first black woman to win this award. 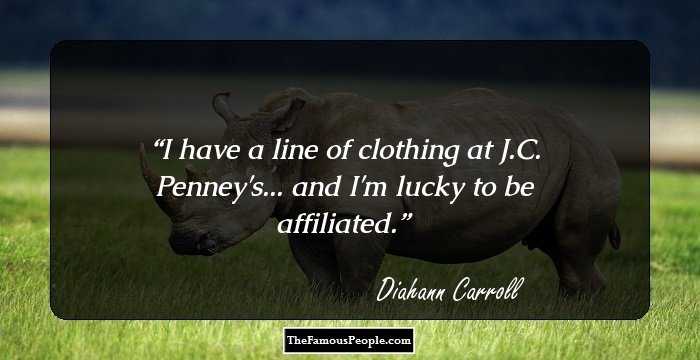 Family & Personal Life
Diahann Carroll was married four times. Her first marriage was to record producer Monte Kay in 1956. She has a daughter Suzanne Kay Bamford from this marriage. Suzanne is a freelance media journalist. The marriage ended in 1962.
In 1973, she married Fred Glusman, a Las Vegas boutique owner. After several weeks, she filed for divorce citing physical abuse.
In 1975, Carroll married Robert DeLeon, a managing editor of "Jet" magazine. In 1977, DeLeon was killed in a car crash.
She married singer Vic Damone in 1987. This marriage too ended in a divorce in 1996.
Diahann Carroll died of cancer on October 4, 2019, in Los Angeles, at the age of 84.

2. America Salutes Richard Rodgers: The Sound of His Music (1976)

Quotes By Diahann Carroll | Quote Of The Day | Top 100 Quotes

See the events in life of Diahann Carroll in Chronological Order