Dhar Mann is an American entrepreneur, content creator, filmmaker, and social media influencer. He is best known for creating motivational and heart-warming videos that help bring about a sense of positivity and hope among his viewers. Dhar Mann is credited with founding a video production company called Dhar Mann Studios, which aims at creating positive content. His videos, which can be found on social media platforms like YouTube and Facebook, depict real-life situations that teach important life lessons. Over the years, his videos have garnered more than 20 billion views, making him one of the highest-viewed content creators. Dhar Mann is also credited with founding a cosmetics company called LiveGlam, and serves as its chief executive officer. 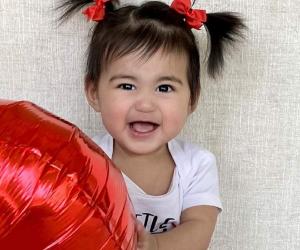 Dhar Mann was born Dharminder on May 29, 1984, in California, USA, to Baljit and Surinder Singh. His parents are founders of a taxi company in the USA. After graduating from high school, Dhar Mann went to the University of California, Davis, where he pursued Economics and Political Science. After graduating from the University of California, Davis, Dhar Mann started a real estate property management company. In 2008, he founded a luxury transportation company which started accommodating exotic vehicles in 2009. He went on to become a successful businessman with three offices and more than 25 employees under him. However, things did not go according to plan and he was almost bankrupt by 2014.

In 2016, Dhar Mann founded a cosmetics company called LiveGlam and focused solely on growing the company. He worked on expanding the company alongside his Fiancé Laura Gurrola and became successful in making his company generate eight-figure annual revenue by 2018. In 2018, he also founded Dhar Mann Studios, which turned out to be his big breakthrough. Driven by his personal experience of failure and success, Dhar Mann started creating heart-warming videos in an attempt to help others. His videos, which aim at teaching life lessons through interesting stories, have helped him gain followers on social media platforms. Dhar Mann, who makes these videos in his studio, is credited with changing people’s lives with his thought-provoking short films.

Dhar Mann’s short films earned him a number of followers on several social media platforms, such as YouTube, Instagram, Twitter, and TikTok. He created his self-titled YouTube channel on May 10, 2018, and started posting his short films. Over a period of time, his YouTube videos started accumulating millions of views. Most of his videos, such as 16-Year-Old Girl Gets Stranded What Happens is Shocking, Kids Make Fun of Boy With Stutter They Live to Regret It, Student Cheats on Final Exam Instantly Regrets It, and Single Mom is Shamed by Soccer Mom She Lives to Regret It, have accumulated millions of views each. As of now, his primary YouTube channel has more than 10 million subscribers and over four billion views, making him one of the most viewed YouTubers in the United States.

Apart from being a popular YouTuber, Dhar Mann is also active on Twitter, Instagram, and TikTok and has 65k followers, 4 million followers and 7.5 million fans on them, respectively.

Dhar Mann also collaborates with other popular social media stars like Alexandra Mary Hirschi, popularly known as Supercar Blondie. Dhar Mann has used his social media popularity to create his own merchandise. He has an online shop that sells products like T-shirts, hoodies, and hats. His merchandise is also available on platforms like Amazon, Redbubble, and TeeChip.

Dhar Mann went through a bad phase during his early-30s. Finding it hard to deal with a difficult break-up, he felt depressed which eventually took a toll on his professional life as well. He then focused and worked hard to make positive changes in his life. He started reading, exercising, praying, and meditating. These activities helped him regain his confidence and he set out to help others by making motivational videos, drawing inspiration from his own life.

In 2015, he met fellow social media star Laura Gurrola whom he started dating. He eventually fell in love with her and got engaged to her in September 2019. On May 1, 2020, they welcomed their first daughter Ella Rose. The couple have another daughter Myla Sky born on June 20, 2021 He currently lives in Los Angeles with his fiancé and daughters.