Advanced Search
Delta Burke is an American actor, producer, and author, best known for her portrayal of ‘Suzanne Sugarbaker’ in the sitcom ‘Designing Women.’ She has been nominated for two ‘Primetime Emmy’ awards. Born and raised in Orlando, Florida, she started her career through beauty pageants during her teenage years. She was crowned ‘Miss Florida’ during her senior high-school year and became the youngest pageant title-holder in its history. She made her TV debut in 1974, when she appeared as ‘Miss Florida’ on the TV show ‘Bozo the Clown.’ After working as an assistant to popular magician Herbert L Becker for a few months, she started her acting career in 1978, with the film ‘Zuma Beach.’ She had her first major acting breakthrough when she appeared in a supporting role in the 1982 series ‘Filthy Rich.’ In 1986, she started playing the lead role of ‘Suzanne Sugarbaker’ in the sitcom ‘Designing Women.’ As the series became a commercial and critical success, her portrayal of ‘Suzanne’ was met with praises. She was nominated for two ‘Emmy’ awards for her performance. She is also known for appearing in series such as ‘Delta,’ ‘Women of the House,’ and ‘DAG.’ Meghan Markle
30th July In History
DID WE MISS SOMEONE?
CLICK HERE AND TELL US
WE'LL MAKE SURE
THEY'RE HERE A.S.A.P
Quick Facts 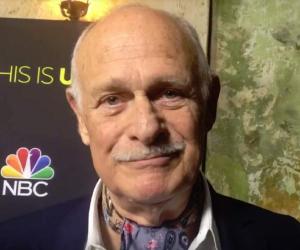 American People
American Women
Florida Actresses
Leo Actresses
American Actresses
Childhood & Early Life
Delta Burke was born Delta Ramona Leah Burke, on July 30, 1956, in Orlando, Florida, to Jean, a single mother. Jean later married a realtor named Frederick Burke, who adopted Delta soon after. Delta grew up with two siblings: Jonathan and Jennifer. She never met her biological father.
She was a bright student and studied at ‘Colonial High School.’ She graduated in 1974. She won the ‘Most Likely to Succeed’ award while in school.
However, much before she graduated high school, she had already started participating in beauty pageants. In 1972, she entered the ‘Miss Flame’ pageant organized by the ‘Orlando Fire Department’ and was crowned the winner. She also became the ‘State Miss Flame.’
During her final year of high school, in 1974, she entered the ‘Miss Florida’ pageant and won the title. She was just 18 years old at that time, which made her the youngest title winner in the history of the pageant.
Winning the prestigious pageant opened many career avenues for her. The ‘Miss America Organization’ granted her a talent scholarship, which enabled her to study abroad, at the ‘London Academy of Music and Dramatic Art.’ While studying there, she discovered her penchant for performance arts and began her struggle of becoming an actor.
Continue Reading Below
Career
Delta made her first TV appearance in 1974, when she was invited on the show ‘Bozo the Clown,’ as the winner of the ‘Miss Florida’ pageant. During the early phases of her career, she also worked with magician Herbert L Becker as his assistant for 6 months.
In 1978, she made her film debut with a small uncredited role in the film ‘Zuma Beach.’ The next year, she appeared in the TV miniseries ‘The Seekers,’ making her official TV debut.
In the beginning of the 1980s, she appeared in the miniseries ‘The Chisholms’ and played a supporting role. She then made guest appearances in series such as ‘The Misadventures of Sheriff Lobo,’ ‘Nero Wolfe,’ and ‘The Fall Guy.’
She got her first major acting breakthrough in 1982, when she bagged the role of ‘Kathleen Beck’ in the series ‘Filthy Rich.’ The sitcom was a major commercial and critical success, and Delta portrayed her character for 15 episodes.
In 1983, Delta appeared in a supporting role in the TV film ‘Murder Me, Murder You.’ The same year, she appeared in three episodes of the series ‘The Love Boat’ and then appeared in guest roles in series such as ‘Automan’ and ‘Mike Hammer.’
In 1984, she appeared in the role of ‘Diane Barrow’ in six episodes of the series ‘1st & Ten.’
1986 turned out to be a career-defining year for Delta, as she appeared in the lead role of the sitcom ‘Designing Women’ that year. The series was a major success and featured Delta in the role of ‘Suzanne Sugarbaker’ for five seasons. However, owing to behind-the-scene arguments and controversies, Delta was removed from the last two seasons of the sitcom.
By then, Delta had become a household name in the US. She was the only female cast member of the show to be nominated for the ‘Emmy Award’ for ‘Outstanding Lead Actress in a Comedy Series’ consecutively, in 1990 and 1991.
However, in 1990, Delta stated in an interview that she was hugely dissatisfied with the extensive work hours and with her remuneration. Following that and several other issues, the producers thought it was best to let her go.
Continue Reading Below
In 1992, Delta bagged yet another lead role, in the series titled ‘Delta.’ The series featured her in the role of ‘Delta Bishop,’ an aspiring country singer. After a good start, the show’s ratings began to fall, and hence, it was canceled after one season. Delta had dyed her hair blonde for the role, but as the ratings began to take a dip, she became a brunette again.
By 1995, Delta had solved most of the issues she had with the cast and crew of ‘Designing Women’ and had reprised her role of ‘Suzanne’ in the spin-off, titled ‘Women of the House.’ The spin-off, however, failed to gather high ratings and was canceled after one season.
Delta’s career struggled to hold itself strong following consecutive failed projects. In the late 1990s, she gained some success with her supporting roles in the series ‘DAG’ and ‘Popular.’
In 2000, she earned a supporting role in the Mel Gibson-starrer ‘What Women Want.’ The film was a major critical and commercial success.
In the 2000s, she became less frequent on screen and appeared in fewer projects. Some of her best-known recent projects are TV movies such as ‘Dangerous Child,’ ‘Bridal Fever,’ and ‘The Year Without a Santa Claus.’
In 2006, she appeared in five episodes of the crime-drama series ‘Boston Legal.’ In addition, she has also made guest appearances in the series ‘The Wedding Bells’ and ‘Drop Dead Diva.’
Delta runs her own design company named ‘Delta Burke Design,’ which has its headquarters in New York. Additionally, she also owns an antique store in Collins, Mississippi, in partnership with her husband, Gerald McRaney.
Her book ‘Delta Style: Eve Wasn't a Size 6 and Neither am I’ was released in 1998.
Family & Personal Life
Delta Burke has suffered from depression since her teenage years. She has openly spoken about her chronic depression on many public platforms.
She married actor Gerald McRaney in May 1989. The couple has no children together. However, Gerald has three children from his two previous marriages.
Delta has also struggled with weight issues, which is said to be related to her health condition. She has type-2 diabetes.
Delta has been a lifelong supporter of gay rights. She started becoming conscious about gay rights during her years in London and also due to the fact that her sister, Jennifer, is a lesbian.

See the events in life of Delta Burke in Chronological Order