Debra Messing is one of the most esteemed American actresses. After graduating from the highly respected New York’s Tisch School of the Arts, she started her acting career in the mid-90s with a 3 episode stint in the popular police procedural drama, ‘NYPD Blue’. She then made her film debut with ‘A Walk in the Clouds’. Her acting career blossomed right from the word go, thanks to her magnificent acting skills and her great looks. Although she became part of some highly successful projects like ‘Ned & Stacey’ and ‘Prey’ early in her career, she achieved worldwide prominence only in the late 90s when she played the titular role of Grace Adler, an interior designer, in the series ‘Will & Grace’. Debra received numerous awards and nominations for her performance in the series. Also, her performance eventually contributed towards the success of the series. Her act in another series, titled ‘The Starter Wife’, was also appreciated widely and she ended up receiving several nominations at many prestigious award ceremonies. Debra has also contributed immensely towards the success of series, ‘Smash’ and ‘The Mysteries of Laura’. 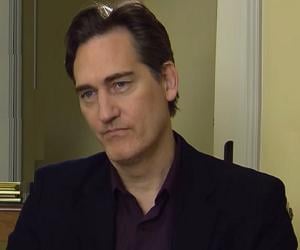 Zoë Kravitz
Actresses #728
Film & Theater Personalities #1544
DID WE MISS SOMEONE?
CLICK HERE AND TELL US
WE'LL MAKE SURE
THEY'RE HERE A.S.A.P
Quick Facts

American People
American Women
New Yorkers Actresses
Brandeis University
New York University
Childhood & Early Life
Debra Messing was born on 15th August 1968 in New York to Jewish parents. Her father worked for a jewelry company, while her mother worked as a singer, traveler and real estate agent. At the age of 3, Debra moved from her birthplace Brooklyn to Rhode Island with her parents and her brother.
Debra was a fan of soap operas and was particularly inspired by the musical dramas, in which the actors sang and danced. She insisted on learning dance and by the time she was a teenager, she had learned many dance forms. She was also making her parents proud by winning many dance competitions at school.
During her high school days, she indulged in acting and other extracurricular activities, and eventually sidelined her studies. Her parents supported her dreams of becoming an actor, but they also insisted her to concentrate on education as well. Debra then focused on her studies and after graduating from the high school, she tried to gain access intosome of thetop universities in order to get a formal education in the art of acting.
She also entered a few local beauty pageants and performed rather well, winning Rhode Island’s Junior Miss competition. This win furthered her desire to act, and she enrolled herself at Brandeis University in Massachusetts. During her early years at the University, she became part of a few workshops for acting.
She then attended New York’s esteemed Tisch School of the Arts. She graduated with a master degree in fine arts and soon after that, she participated in a few theatre workshops. Eventually, she was selected to play a role in ‘NYPD Blue’.
Continue Reading Below
You May Like

The Best Black Actresses Of All Time
Career
In 1994, she was seen on TV for the first time when she acted in ‘NYPD Blue’. She played the sister of the main character, and portrayed her role of a sly, cunning girl with precision. Not surprisingly, her performance received acclamation from one and all.
It wasn’t long before she got noticed by the industry professionals and she soon got an opportunity to act in the film, ‘A Walk in the Clouds’, which released in 1995. In the film, she played the wife of a World War 2 veteran, played by Keanu Reeves.
Fox Network approached her for a major role in the sitcom, ‘Ned & Stacey’, which narrated the story of a couple who gets married without ever being in love with each other. She later said during an interview that she was terrified of all the attention she was getting, as the sitcom was shot in front of a live audience. But she did well and received praises for her role. The series ran for two successful seasons and was taken off air due to undisclosed reasons.
In 1996, she played a minor role in the most successful sitcom of that time, ‘Seinfeld’. She starred in two episodes as the date of Jerry Seinfeld. Later, she turned down similar roles as she was tired of playing such roles.
In 1998, she got the first big break of her career through the science fiction thriller series, ‘Prey’, in which Messing played the leading role of Sloan, a scientist. Though the series was taken off air after a season, it later developed a cult following.
The biggest breakthrough of her career came in the form of ‘Will & Grace’, which was first aired in 1998. Interestingly, when the producers first approached her with the role of Grace, she thought of rejecting it as she wanted to take a break and was also under the impression that the role wasn’t interesting enough. But she ended up doing it, and it turned her life and her career around.
She played the role of a heterosexual woman who shares an apartment with a gay man. ‘Will & Grace’ became one of the most watched series during its first run and Messing was showered with praises from all corners of the industry.
For her role in the series, she went on to win the 2001 TV Guide Award for Best Actress, a few Emmy awards and a nomination for the Golden Globe Award.
She eventually gained the attention of esteemed filmmaker Woody Allen as he signed her for a small role in the 1998 film ‘Celebrity’. Impressed by her performance in ‘Celebrity’, Woody Allen offered her an important role in the 2002 film, ‘Hollywood Ending’. Debra later said that she screamed out loud after bagging the role as it was unexpected and the biggest surprise of her life.
In 2007, she starred in the series, ‘The Starter Wife’ and the series struck gold in its first season itself. The series went on to win many Emmy awards and by then, Messing was being recognized as a highly successful and talented actress.
In July 2011, she was placed at the 22nd spot in the TV Guide Network’s ‘Funniest Women on TV’ list. In the same year, she announced that she will be part of another series titled ‘Smash’. The series was a success, but was only aired for two seasons.
In 2014, she played a key role in ‘Like Sunday, Like Rain’, a film which also starred Billie Joe Armstrong. In the same year, she was seen in the police procedural series, ‘The Mysteries of Laura’, which was a moderate success and ran for two seasons.
In the 2017 television film ‘Dirty Dancing’, she played an important role. The telefilm was a remake of the 1987 movie of the same name.
She now features regularly in the reboot of the series ‘Will & Grace’, which was first aired in 2016.
Personal Life
Debra Messing was in a relationship with writer and actor Daniel Zelman for a very long time. They first met in 1990 when Debra was in college and their relationship culminated in marriage in 2000. She gave birth to their son in 2004 and after 16 years of being together, the couple got divorced in 2016.
Soon after the divorce, Debra started dating actor Will Chase, who had starred along with her in the series ‘Smash’. The couple broke up after a few years.

See the events in life of Debra Messing in Chronological Order