David Souter is a retired Associate Justice of the Supreme Court of the United States who was appointed by President George H. W. Bush and served from October 1990 to June 2009. A Harvard graduate with brilliant educational record, he moved up the ranks very quickly after deciding to join public service following brief private practice. He previously served as Assistant Attorney General of New Hampshire and then as Attorney General, before becoming an Associate Justice of the Superior Court of New Hampshire. He was appointed to the New Hampshire Supreme Court five years later as an Associate Justice and served briefly on the United States Court of Appeals for the First Circuit. Expected to be a conservative Justice, he gradually shifted towards the center (1) during his career and voted consistently with the liberal judges. Souter, who was once named among 'Washington's 10 Most Eligible Bachelors', never married, and returned to his home state with his "thousands of books" following his retirement. Sonia Sotomayor
Judges #20
Lawyers & Judges #88
DID WE MISS SOMEONE?
CLICK HERE AND TELL US
WE'LL MAKE SURE
THEY'RE HERE A.S.A.P
Quick Facts

American People
Harvard Law School
American Judges
American Lawyers & Judges
Virgo Men
Childhood & Early Life
David Hackett Souter was born on September 17, 1939, in Melrose, Massachusetts, where his father Joseph Alexander Souter was employed in a bank. When he was 11, the family moved to Weare, New Hampshire, where his mother Helen Adams Souter had inherited her father's farmhouse following his death in 1946.
He excelled at academics both in the village grammar school he attended and at Concord High School, from where he graduated second in his class in 1957. He "always had his nose in a book", according to neighbors, and also loved to swim and hike.
In 1961, he graduated Phi Beta Kappa and magna cum laude with a major in philosophy from Harvard College, writing on the legal positivism of Justice Oliver Wendell Holmes Jr. for his senior thesis. While at Harvard, he became interested in law after reading published lectures by Judge Learned Hand on the Bill of Rights during a reading assignment.
He earned a Rhodes Scholarship in his junior year and became a student at Magdalen College, Oxford, in fall of 1961, eventually obtaining his Bachelor of Arts degree in 1963. He completed his law degree from Harvard Law School in 1966, and much later, received an honorary degree from Harvard University on May 27, 2010.
Continue Reading Below
You May Like

The Sexiest Men Of 2020, Ranked
Early Career
David Souter began his career in law as an associate at the prominent law firm of Orr & Reno in Concord, New Hampshire, where his colleagues described him as a "natural judge". Two years later, in 1968, he realized that he disliked private practice and began public service as an Assistant Attorney General of New Hampshire, prosecuting criminal cases in the courts.
In 1971, he was selected by the Attorney General of New Hampshire, Warren Rudman, to be the Deputy Attorney General. When Rudman stepped down from his position in 1976, he succeeded him as the new Attorney General of New Hampshire.
With Rudman's support, he was named an Associate Justice of the Superior Court of New Hampshire in 1978, and hearing cases in two counties, became known for his tough sentencing. In 1983, with four years of trial court experience, he was appointed by Governor John Sununu to the Supreme Court of New Hampshire as an Associate Justice.
In May 1990, he was appointed as a Judge of the United States Court of Appeals for the First Circuit following nomination from President George H. W. Bush shortly after he assumed Presidency. Following the resignation of Justice William J. Brennan Jr. three months later in July, Bush nominated little known Souter to the Supreme Court at the suggestion of then-senator Rudman and Chief of Staff Sununu.
US Supreme Court Career
David Souter only sat on the US First Circuit Court of Appeals in Boston for one day before his SC nomination, but his confirmation was quick due to his uncontroversial record and minimal 'paper trail'. With no record about his views on abortion and affirmative action controversies, he was portrayed as a right-winger by some senators, but was nevertheless confirmed on 90-9 vote and assumed office on October 9, 1990.
A number of Supreme Court judges before him, appointed by various Republican presidents, had turned out to be moderate or liberal to the disappointment of the conservatives. As such, John Sununu had to assure President Bush and conservatives about Souter's conservatism, even though he portrayed himself as a moderate who disliked radical change at his testimony.
During the early years of his service, Souter consistently voted with Antonin Scalia as per conservative expectations, and gradually became more aligned with Sandra Day O’Connor and Anthony Kennedy, who were considered 'swing' voters. His decisions restricting free expression could be seen in 'Rust v. Sullivan', which upheld an abortion speech gag rule, or 'Barnes v. Glen Theatre, Inc.' (1991), which allowed government regulation on expressive conducts.
However, in 'Planned Parenthood of Southeastern Pennsylvania v. Casey' (1992), he subverted expectations by not supporting William Rehnquist and Antonin Scalia in overturning 'Roe v. Wade' (1973), which established the legal right to abortion. Instead, he shifted towards left by supporting Kennedy and O’Connor in devising the "undue burden" standard for analyzing restrictions on that right.
In 'Hurley v. Irish-American Gay, Lesbian and Bisexual Group of Boston' (1995), he delivered the unanimous opinion that organizers of a parade had rights to exclude the messages of divergent groups. He voted to allow the presidential election recount to continue in 'Bush v. Gore' (2000), which declared Bush as the winner of Florida's 25 electoral votes, leading to his win.
He continued to vote with the liberals in cases ranging from voluntary school prayer to race-conscious electoral districting, for which he was labeled the "stealth justice" by the conservative 'Weekly Standard'. Souter, who had expressed his desire to retire long before the election of Democratic President Barack Obama, announced his retirement in mid-2009 after making sure there would not be multiple vacancies.
Personal Life & Legacy
David Souter was greatly influenced by his distant relative, Aunt Harriett (Harriett Moulton Bartlett), a politically conservative but socially progressive woman who pursued higher education and became a prominent medical social worker. Apart from modeling his speech and mannerism on Aunt Harriett, he also remained unmarried like her, although because of his idolization of his only serious relationship, according to his friends.
From the time he was in high school, David Souter was infatuated with Ann Grant, daughter of a New Hampshire superior court judge whom he began dating as a Harvard undergraduate. However, the relationship presumably ended because he wanted to establish his career first while she was ready to settle down.
Souter, who had expressed his unhappiness with life in Washington, returned to his two-story family farmhouse in Weare, New Hampshire, following his retirement in June 2009. Two months later, he moved to a single-floor home in Hopkinton because he wanted to live on one level and because the farmhouse could not support his book collection.
Trivia
David Souter suffered minor injuries after he was attacked by several young men in 2004 while jogging between his apartment and the Fort Lesley J. McNair Army Base in Washington, DC. There was mugging involved and the assailants were able to escape, which raised questions about the Supreme Court Police's security detail.
You May Like

See the events in life of David Souter in Chronological Order 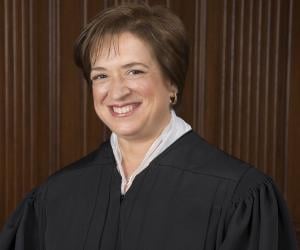