David Simon, the former investigative reporter of Maryland’s largest general-circulation newspaper, ‘The Baltimore Sun’, is also the producer of some of the grittiest ‘cop’ shows ever seen on television. Through his works he presented the stories of the forgotten combatants in the nation’s long-fought war on drugs in a realistic and gut-wrenching manner. He is also well-known for his best-selling novels, ‘Homicide: A Year on the Killing Streets’ and ‘The Corner: A Year in the life of an Inner-City Neighborhood’. These were later used as stencils for two of his most popular shows on television, ‘Homicide: Life on the Street’ and ‘The Wire’. For his works, Simon had to forge ties with the police, drug-dealers and local residents, whom he used as source of information for crime reporting and also as inspiration for many true life stories. Although he was an underachiever at school, Simon rose to prominence in the field of journalism and became a prominent crime-reporter. His shows and novels have been the recipients of many prestigious awards, earning him international fame and repute. Simon started to gear up for life outside ‘The Wire’ when he was signed on to write HBO’s miniseries, ‘Generation Kill’. Currently, he also writes for ‘The New Yorker’, ‘Esquire’ and ‘The Washington Post’ among other publications.

Pete Davidson
Actors #3545
Journalists #437
Writers #1736
DID WE MISS SOMEONE?
CLICK HERE AND TELL US
WE'LL MAKE SURE
THEY'RE HERE A.S.A.P
Quick Facts

American People
Writers
Journalists
American Men
University Of Maryland
Childhood & Early Life
David Simon was born in Washington to Bernard Simon and Dorothy. He was raised in a Jewish family, hailing from Eastern Europe and Hungary.
He studied at the Bethesda-Chevy Chase High School in Maryland and wrote for the school newspaper, ‘The Tattler’.
He graduated from the University of Maryland, College Park, where he wrote for the independent student newspaper, ‘The Diamondback’. This is where he developed a passion for journalism. 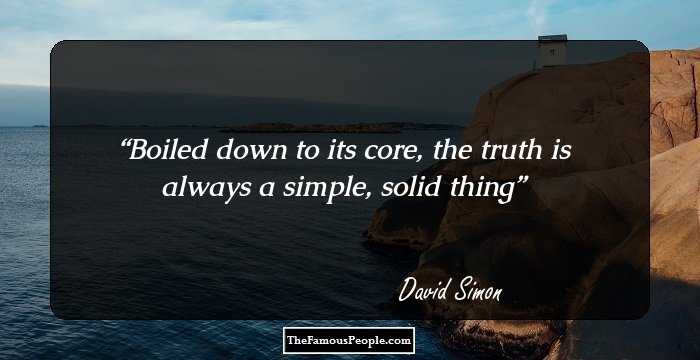 The Most Popular US Veterans
Career
He joined work as a police reporter with the local, Maryland publication, ‘The Baltimore Sun’, where he worked from 1982 to 1995. He spent his time covering gruesome crime-beats and later some of the incidents inspired him to start his own miniseries.
In 1987, the newspaper had a strike over the benefit cuts and Simon went on a leave of absence. During this period he wrote his first book 'Homicide: A Year on the Killing Streets' which got published in 1991. The book became an instant success and was labeled ‘a true-crime classic’ by critics.
The success of the book was so immense that it was eventually adapted into a television miniseries called, ‘Homicide: Life on the Street’, which ran on HBO from 1993 to 1999.
In 1997, he co-authored ‘The Corner: A Year in the Life of an Inner-City Neighborhood’ with his friend, Ed Burns, which gave a true account of a community, influenced by the drug market in Baltimore.
He co-wrote and produced the television adaptation of ‘The Corner’ for HBO, which premiered in 2000. The miniseries concluded after a six-part run in the United States on April 16, 2000.
Following the success of ‘The Corner’, he produced, wrote and became the show runner for a new HBO drama series, ‘The Wire’. The show premiered on June 2, 2000 for which he approached acclaimed crime fiction authors, drug-dealers and many households.
Simon co-wrote and produced a number of other crime-related shows with his friend, Ed Burns, such as ‘Generation Kill’ and ‘Treme’, during the period between 2003 and 2012. 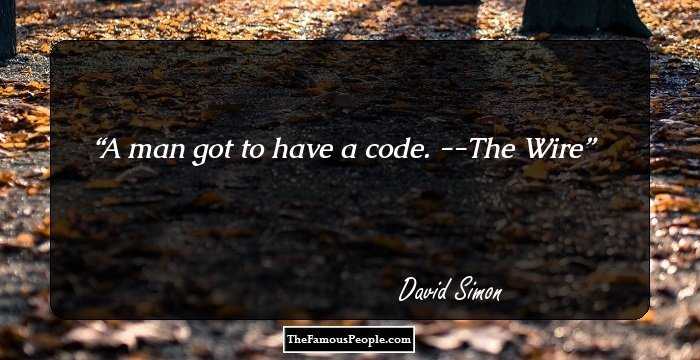 Major Works
He is best-known for his novel and television adaptation, ‘Homicide: A Year on the Killing Streets’, which received the famous Edgar Award. The book also inspired the other HBO television series, ‘The Wire’. Considered one of the most engrossing policy-mystery books/series ever written/produced, the series is considered one of his most important works.
Continue Reading Below
‘The Corner: A Year in the Life of an Inner-City Neighborhood’ was a 1997 book, written by Simon which was also adapted to a six-part miniseries television miniseries, ‘The Corner’, in 2000. The book was named ‘Notable Book of the Year’.
‘The Wire’ was a popular American drama series, produced by David Simon which premiered in 2002. The series won major television awards and was described as ‘one of the best television dramas of all time’. All the seasons of the series have been released on DVD and many universities such as Brown University and Johns Hopkins University offer courses on the series in disciplines ranging from film studies to criminology and sociology.
Awards & Achievements
He won the Notable Book of the Year award for ‘The Corner: A Year in the Life of an Inner-City Neighborhood’ in 2000.
He was nominated for the Writers Guild of America Award for Best Dramatic Series in 2009.
He was also selected as a MacArthur Fellow in 2010.
He was named the ‘Utne Reader’ visionary in 2011. 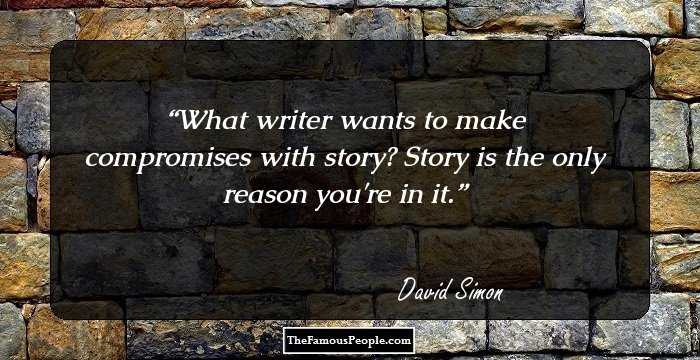 Quotes: You
Personal Life & Legacy
David Simon married novelist, Laura Lippman, with whom he has a daughter. He also has a son from his previous marriage to Kayle Tucker.
Trivia
This famous American author assisted the police by apprehending, searching and arresting one of the suspects during the filming of ‘Homicide: A Year on the Killing Streets’.

Quotes By David Simon | Quote Of The Day | Top 100 Quotes

See the events in life of David Simon in Chronological Order