Cyrus the Great, also referred to as Cyrus II of Persia or Cyrus the Elder, was a ruler who founded the First Persian Empire, also known as the Achaemenid Empire. His empire not only embraced the civilized states of the ancient Near East, but also included large parts of Central and Southwest Asia. Referred to as the “Father of his people” by the ancient Persians, his reign lasted for nearly thirty years. Though he conquered several empires, one unique quality about him was that he showed respect to the religions and cultures of the lands he conquered. This helped in winning the support of the people, and in establishing a proper administration that would work for the benefit of the people. His work, ‘Cyrus Cylinder,’ is the oldest known declaration of human rights. He was also revered for his knowledge of politics as well as military strategy. Respected as an ideal monarch, he has also been referred to as a Messiah by the Hebrew Bible. Cyrus the Great managed to build the world's largest empire of that time. Even after his death, his successors continued to expand the empire. Cyrus is believed to have been killed during a battle with the Massageteans, after which his son Cambyses II succeeded him. Even centuries after his demise, he is still remembered today as one of the greatest leaders in history. Xerxes I
DID WE MISS SOMEONE?
CLICK HERE AND TELL US
WE'LL MAKE SURE
THEY'RE HERE A.S.A.P
Quick Facts

Also Known As: Cyrus II of Persia, Cyrus the Elder 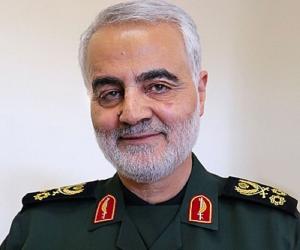