Christopher Paul Neil, also known as “Mr. Swirl” or “Swirl Face,” is a high-risk sexual offender who was convicted of child abuse and child pornography on several occasions, both in his home country, Canada, and in a few Southeast Asian countries, such as Thailand, Vietnam, and Cambodia. He was the subject of a highly publicized ‘International Criminal Police Organization’ (Interpol) investigation that found him guilty of abduction and the release of online pornographic material related to at least 12 pre-pubescent boys in Southeast Asia. He earned his nickname after he digitally swirled his face in the images released on the internet. He was arrested in Thailand in October 2007. Bugsy Siegel
Criminals #162
DID WE MISS SOMEONE?
CLICK HERE AND TELL US
WE'LL MAKE SURE
THEY'RE HERE A.S.A.P
Quick Facts

Canadian People
Aquarius Criminals
Canadian Criminals
Aquarius Men
Childhood & Early Life
Born in New Westminster, British Columbia, Canada, on February 6, 1975, Christopher Neil was raised and educated in Maple Ridge, British Columbia.
He aspired to become a Catholic priest, but ‘The Seminary of Christ the King’ in Mission, British Columbia, denied him permission for undisclosed reasons.
Following this, he drifted toward teaching instead. He taught English in Southeast Asian countries for almost 15 years till his arrest in Thailand in 2007.
Continue Reading Below
You May Like

The Most Popular US Veterans
Criminal Life
In 2007, the ‘Interpol’ issued a rare global public appeal to track down a high-risk paedophile that had circulated more than 200 images on the internet that showed him sexually abusing minor boys. This widely publicized manhunt was codenamed ‘Operation Vico,’ mainly due to its location: Vietnam and Cambodia.
In these images, which were scenes of child rape, the offender had digitally altered his own image by swirling or twisting the pixel information around his face in order to disguise his identity.
The ‘Interpol,’ with the help of German experts at the ‘Federal Criminal Police Office,’ used the same swirl tool, only in reverse, to undo the alteration. It was then revealed than the offender was Christopher Neil.
The reconstructed images of Neil were then posted on the ‘Interpol’s website. Within days, more than 350 people contacted the organization. This eventually led to the confirmation of his identity.
At the time, in 2007, Neil was working as an English teacher in ‘Kwangju Foreign School,’ located in Gwangju, South Korea. However, after he was publicly identified, he fled to Thailand on a one-way ticket.
While working as an English teacher in Thailand, Neil had allegedly hired a Thai individual to bring him minor boys to his apartment to perform sexual services in exchange for cash.
On October 19, 2007, Neil was apprehended by the Thai police in the Nakhon Ratchasima Province, in the Isan region of northeast Thailand. The police tracked the phone of his 25-year-old Thai partner who was in the beach town of Pattaya at the time.
Neil’s trial started on March 10, 2008, and he pleaded not guilty. However, in May, 2008, he pleaded guilty of abusing a 13-year-old boy, for which he was sentenced to 39 months of prison and was asked to pay a fine of $1,780 by the ‘Thai Criminal Court.’
On November 24, 2008, Neil’s sentence was extended by another 6 years after he was found guilty of molesting another child, a 9-year-old boy, whom he had paid about $30 for performing oral sex on him. He was convicted of taking a child without parental consent, illegal confinement, and production of pornography.
Continue Reading Below
On September 29, 2012, Neil was deported to Canada, where he was immediately arrested upon his arrival at the ‘Vancouver International Airport.’ On October 3, 2012, he was released from custody under strict conditions.
On August 2, 2013, Neil was arrested from his home for breach of recognizance. The breach was possession of child pornography in his phone and laptop.
By April 10, 2014, Neil was sent back into custody and was denied bail.
In December 2015, the British Columbia criminal court sentenced Neil to 5.5 years in prison for indulging in sexual offenses against Thai and Cambodian boys and for accessing and possessing child pornography. The sentence was reduced to about 15 months because of time he had already served.
He currently lives in Vancouver under strict court-ordered restrictions. He is prohibited from contacting minors in person or on the internet. He is also not allowed to possess any electronic devices that can be connected to the internet.
Aftermath
Following the arrest of Christopher Neil, the Thai police published photographs of 50 other child molesters, many of whom are British, Australian, Italian, Finnish, and American nationals.
On May 6, 2008, the ‘Interpol’ launched ‘Operation IDent,’ its second public appeal, to track down another criminal who had been seen in over 100 images that depicted abuse of boys aged between 6 and 10.
After receiving about 250 leads, ‘US Immigration and Customs Enforcement’ agents arrested Wayne Nelson Corliss in New Jersey and charged him with raping three young boys and producing child pornography. He was denied bail.
In November 2009, Corliss was sentenced to 19.5 years in prison.
Trivia
On October 19, 2007, when Christopher Paul Neil arrived at the ‘Royal Thai National Police Headquarters’ after his arrest, he encountered over 300 journalists, resulting in a stampede.
You May Like 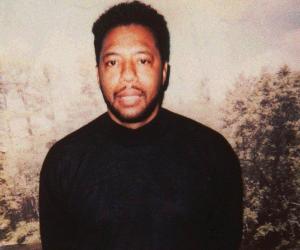