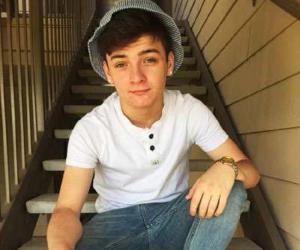 Tayler Holder
Christine Rowland is an American model, entrepreneur and social media personality. She is mostly famous as the mother of YouNow star, Hunter Rowland, and Instagram star, Brandon Rowland. She rose to fame when she became an Editor’s Choice YouNow broadcaster. She has a huge fan-following on YouNow and many people posts comments for her. Before becoming a social media personality, Rowland was more into modelling. She is still remembered as a prominent model. Apart from being a social media personality and model, she is often considered to be an ideal mother to three kids – Hunter, Brandon and Ashton. All her kids are successful in their YouTube career and she is often seen encouraging and supporting them. Female Younow Stars
American YouNow Stars
Female Social Media Stars
American Social Media Stars
Rise to Fame
Christine Rowland’s account on YouNow is extremely famous where she posts content related to her day-to-day life. She operates the account under the name ‘christinerowland’. Most of her videos revolve around her kids and receive a lot of likes from her fans. The videos are not scripted or properly edited like on YouTube. They are random videos of their everyday life.
Recommended Lists:

American Female Younow Stars
American Women Social Media Stars
Aquarius Women
In one of the videos Rowland can be seen visiting a restaurant with her kids. In the video, they are eating chicken as they talk to the camera, while laughing and enjoying the meal. She is also seen joking around with Brandon about the chicken as many fans pour in comments. While Brandon is seen busy on his phone, Rowland is checking all the comments and replying to them. One could see tons of comments below the video as young boys and girls loved the chemistry of the mother-son duo. Due to her popularity and fame, she became Editor’s Choice YouNow broadcaster.
You May Like

Who Is The Most Popular BTS Member?
Continue Reading Below
Personal Life
Christine Rowland was born on February 19, 1978 in Tampa, Florida. She is a proud mother of three sons – Hunter, Brandon, and Ashton. She is extremely famous on social networking sites and is considered to be an ideal and cool mother. She has raised all the boys by herself and also guides them in their YouTube and YouNow ventures. Additionally, she also provides for a girl named Alexa Gebhardt.
Christine Rowland is a fitness freak and enjoys working out in gym. As she has scores of fans, she also has a habit of answering to fan mails. More often like every mother, she teaches her kids to be kind. The happy family of four have a dog named Harley and a sphinx cat named Tabu. 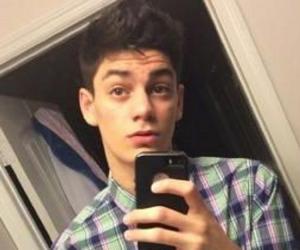