Chad Alan is an American YouTube Personality who runs two channels on the platform and both of which has snagged the attention of the viewers quite substantially. His main channel features his passion for collecting dolls, toys, figurines and the second channel features his gaming persona. In the chadalantoys channel, Chad features his passion and hobby of collecting toys, where he also provides useful reviews, shares useful tutorials for creating self-designed costumes for specific dolls, DIY accessory making and vlogs defining his passion for the hobby. On the other hand, the gaming channel exclusively features gameplay of various Roblox games like Giant Survial, Work at a Pizza Place, Mini Games, Murder, and Roblox High School where he gets to play silly role-paying games on the world’s largest social gaming site. Chad’s gaming channel Gamer Chad also features Minecraft gameplays. The videos are fun and suitable for viewers from all age demographics. Chad created his first channel, which bore his own name in 2012, but did not start to post regular videos till 2013. His primary channel dealt with a plethora of content but mainly was a way to share his hobby of collecting dolls, toys, and figurines with the world. He also gave the viewers a glimpse of his growing collection from time to time. He started out by sharing his creations of a number of Monster High Limited edition dolls like UniCornellis, Daughter of Pegasus. He also shared a number of high fashion garments designed for Monster High Character Dolls.

He started out his review series with the Monster high Catrine Demew doll. He goes on at length about the dolls’ various features and its accessories. The videos also gave the viewers a partial glimpse of his doll collection in the background. In subsequent videos, he also shared with the viewers his process of making special costumes for his Monster High dolls.

Apart from Monster High and Disney characters, Chad also featured Mattel dolls especially Barbie Special Editions in his channel. From Mattel he also featured the Ever After High dolls franchise, their various accessories and lifestyle sets. He reached the 3000 subscribers mark in July 2013. He also gave his viewers a tour of his room, sneak peek at his life through his occasional vlogs.

He also featured How-to videos on creating custom dresses for dolls and also how to build cute and unique accessories for them. Apart from Disney and Mattel, he has included dolls from Shopkins, Pokémon, My Little Pony, and Infinity brands. He also started featuring challenge videos on his channel where he included some of his family and friends, particularly his mother Leta and friend/fellow YouTuber RadioJH Audrey. He has also featured a number of toy hunt and collectible haul videos for various brands of dolls.

His chadalantoys channel currently has over 600,000 subscribers and his total income from his channel ranges somewhere around 800,000 USD on an average per year, considering viewership, income from ads and endorsement, featuring specific brands and stores etc.

In 2013, Chad started his gaming channel called Gamer Chad which mainly features RobLox and Minecraft gameplays. He strives to create a family friendly content in his gaming channel, and takes up challenges that can be enjoyed by the whole family including children. The channel is even more popular than his main channel and has over one million subscribers.

Continue Reading Below
What Makes Chad Alan So Special

Chad Alan and his main channel is a shining beacon in breaking stereotypes that boys cannot be interested in dolls. He has proven to the world that there is absolutely nothing wrong with being passionate about something and one can be oblivious to gender stereotypes when it comes to something they truly love. His delivery is really engaging and his tutorials for making fun accessories for your favorite dolls are something that everyone can relate with. He strives hard for establishing himself as a unique individual and his tutorials tell children all over the world that it is possible to create your own unique identity.

His gaming channel is also popular for that fact that he has taken a great deal of care to produce something that you can enjoy with your entire family without having to worry about the content and the language.

By doing what he loves, Chad has established himself as a role model for thousands of kids who share his hobby and are bullied in school or society for it. He has inspired these kids to be proud of what they are and continue doing what they love, and dream without any restrictions that perhaps someday their passion will also be recognized by the world without any prejudices. 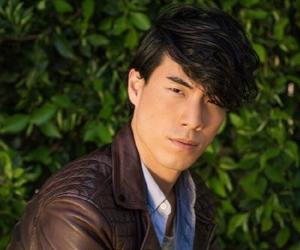