(Italian Noblewoman, Lady of Imola and Countess of Forlì)

Caterina Sforza was the Countess of Forlì and the Lady of Imola. Sforza governed Imola firstly with her husband Girolamo Riario, and following his death as a regent of her minor son, Ottaviano Riario. She was known to be a fierce woman who did not limit herself to live within the royal walls and seek a comfortable lifestyle. Sforza studied alchemy and took great interest in warfare. She also loved dancing. Caterina Sforza is regarded very highly for her role in the Italian Renaissance movement. She earned the respect of the common folks after standing against the Duke of Valentinois Cesare Borgia when he tried to annex her territories. There are many tales that glorify her bravery in resisting the duke and his army at the fortress Rocca di Ravaldino. Her fearless resistance earned her the title ‘La Tigre’ (The Tiger). Grand Duchess X...
DID WE MISS SOMEONE?
CLICK HERE AND TELL US
WE'LL MAKE SURE
THEY'RE HERE A.S.A.P
Quick Facts

Italian People
Italian Noblewomen
Childhood & Early Life
Caterina Sforza was the illegitimate daughter of Galeazzo Maria Sforza, the future fifth Duke of Milan, and his mistress, LucreziaLandriani, who was the wife of the duke’s friend courtier, Gian Piero Landriani. Caterina was born in Milan in the year 1463, though the exact date is not known.
Despite being an illegitimate child, Sforza was never neglected or treated as an outcast by her father. She was taken care of by her maternal grandparents when she was a little girl. Later, when her father became the duke, she and her three siblings were brought to the royal court.
The Sforza family was renowned for their progressive culture. Sforza learned dancing and was taught alchemy while growing up. She took great interest in warfare and battle strategies in her youth and also learned to wield weapons like the male members in her family.
Continue Reading Below
Marriage with Girolamo Riario
Caterina Sforza was about ten years of age when her family betrothed her to Girolamo Riario in 1473. Bianca Della Rovere, Girolamo’s mother, was the sister of Pope Sixtus IV.
When the marriage proposal was confirmed, the pope gifted him the lordship of Imola as a dowry.
Caterina Sforza and Girolamo served Pope Sixtus IV in Rome after their marriage. Sforza was almost twenty years younger to Girolamo when the two got married in 1477. A year later, she gave birth to their first child Bianca Riario.
Sforza found Rome really pleasant upon her arrival and immediately became popular among the Roman population. Sforza used her early education and administrative skills to her advantage and became a significant influence in the Roman court. She often intermediated between the courts of Rome and Milan.
After the death of Italian Cardinal Pietro Riario, the nephew of Pope Sixtus IV, Girolamo was given more power. He was later awarded the lordship of Forlì, making Sforza the Lady of Forli in the process.
Rebellion and anarchy spread out very quickly after the death of Pope Sixtus IV. Burglaries became rampant, and Girolamo’s Orsini palace in Campo de' Fiori was also destroyed, forcing Caterina Sforza to cross the Tiber river on horseback.
She was pregnant when she crossed the Tiber to take charge of the fortress of Castel Sant'Angelo. On behalf of her husband, Sforza monitored the activities of the Vatican with the help of her obedient soldiers.
On April 14, 1488, Girolamo was killed in a conspiracy while Sforza and their children were captured. The noble family of Orsis from Forli was the mastermind behind the conspiracy that led to Girolamo’s murder.
When the Rocca di Ravaldino fortress refused to surrender, Sforza offered to intervene and convince the castle governor, Tommaso Feo, to follow the orders. She entered the fortress ostensibly in order to make her army surrender. However, once in, she hurled abuses towards the captors waiting outside for the surrender.
Continue Reading Below
According to some stories, Sforza lifted her skirts and showed her genitalia to the soldiers who threatened to kill her children. If rumours are to be believed, Sforza told the Orsis army to go ahead and kill her children as she had what it takes to produce more children.
Contradicting the apocryphal tales, many historians suggest that Sforza told the Orsis army that she was pregnant; however, it was nothing but a ruse. Nevertheless, the Orsis army didn’t dare to kill or harm Girolamo’s children or his widow.
Life after Girolamo
Caterina Sforza married Giacomo Feo and gave birth to his son Bernardino Carlo. Since Sforza was deeply in love with her husband, it was feared she would remove her eldest son from power and pass it on to Feo. She did remove Ottaviano’s loyal soldiers from the charge of the fortress and gave it to Feo’s supporters, as feared.
Ottaviano’s loyal supporters didn’t like the series of proceedings and conspired against Feo, eventually murdering him in 1495. The death of her husband brought her fury upon Ottaviano’s supporters. She retaliated with no mercy and had her husband’s killers as well as their families killed, sparing no one.
Two years after Feo’s death, Caterina Sforza married again. Her new husband was Giovanni de’ Medici, a member of the powerful Medici family of Florence. She gave birth to their son Giovanni Dalle Bande Nere, who was mentioned as the only child of hers to inherit her ferocious personality and her expertise in warfare. Giovanni de’ Medici died of pneumonia in 1498.
Standing up to Cesare Borgia
Pope Alexander VI wanted to stretch the Papal States, and this threatened Sforza’s governing states of Imola and Forli. The Duke of Valentinois and the pope’s illegitimate son, Cesare Borgia, witnessed Sforza getting prepared for battle and strengthening her army at the fortress Rocca di Ravaldino.
Borgia took down Forli and Imola and marched towards Rocca di Ravaldino towards the end of 1499. Sforza refused all the peace offerings from the enemy and defended the walls of Rocca with just over a thousand soldiers, including her children.
In January 1500, Caterina Sforza’s army was defeated and the fortress was captured. She was imprisoned by Borgia for two years and later sent to Pope Alexander in Belvedere. She was assured of a peaceful life but Sforza regularly made it difficult for her to be kept under house arrest. Finally, she was sent to live in the fortress Castel Sant’Angelo.
Death
Caterina Sforza lived the rest of her life under the guardianship of Vatican nobleman Antonio Maria Ordelaffi. She spent her days with her children and continued her study of alchemy.
Like her last husband, Sforza also died of pneumonia on May 28, 1509, at the age of 46, in Florence, Italy. Her mortal body was rested inside an unmarked tomb at the Convent of Santa Maria delle Murate.

See the events in life of Caterina Sforza in Chronological Order 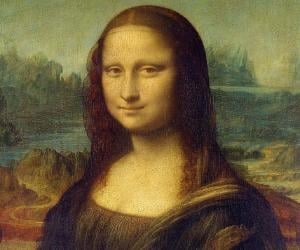 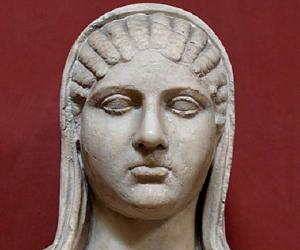